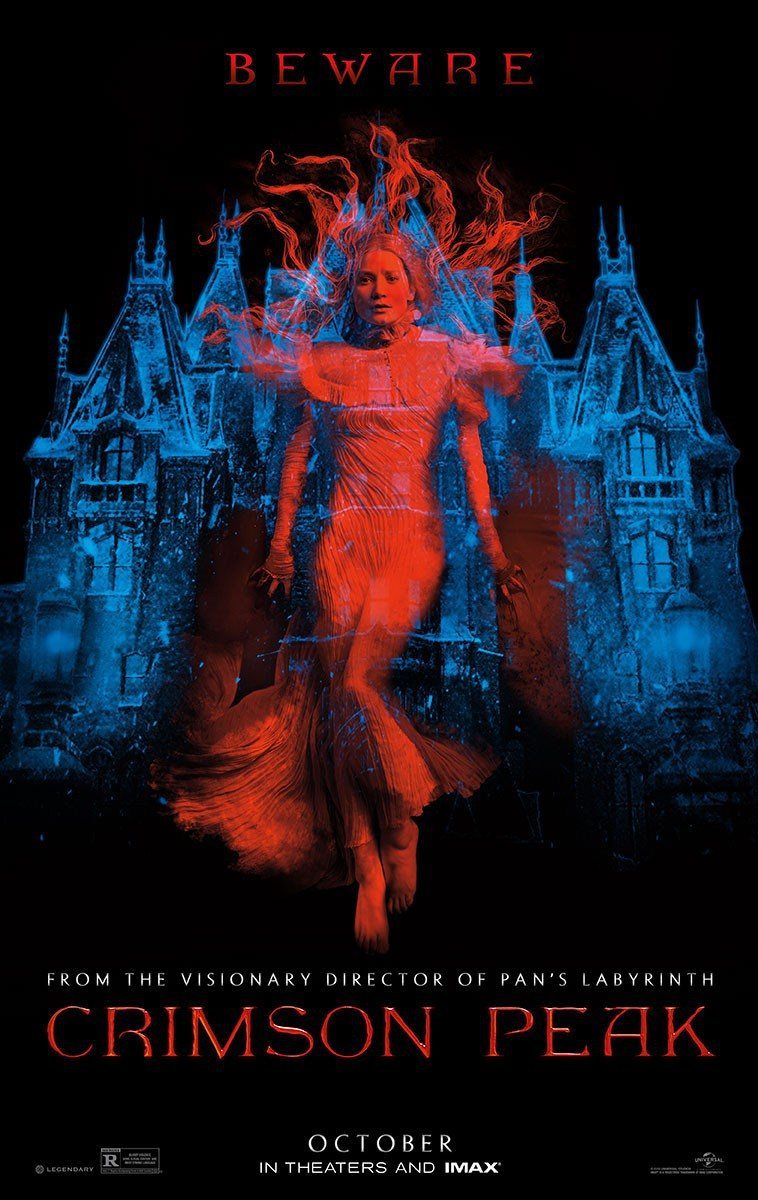 What Up Yo, here we go.
Let’s see if the big guy , Guillermo Del Toro, pulled it off. 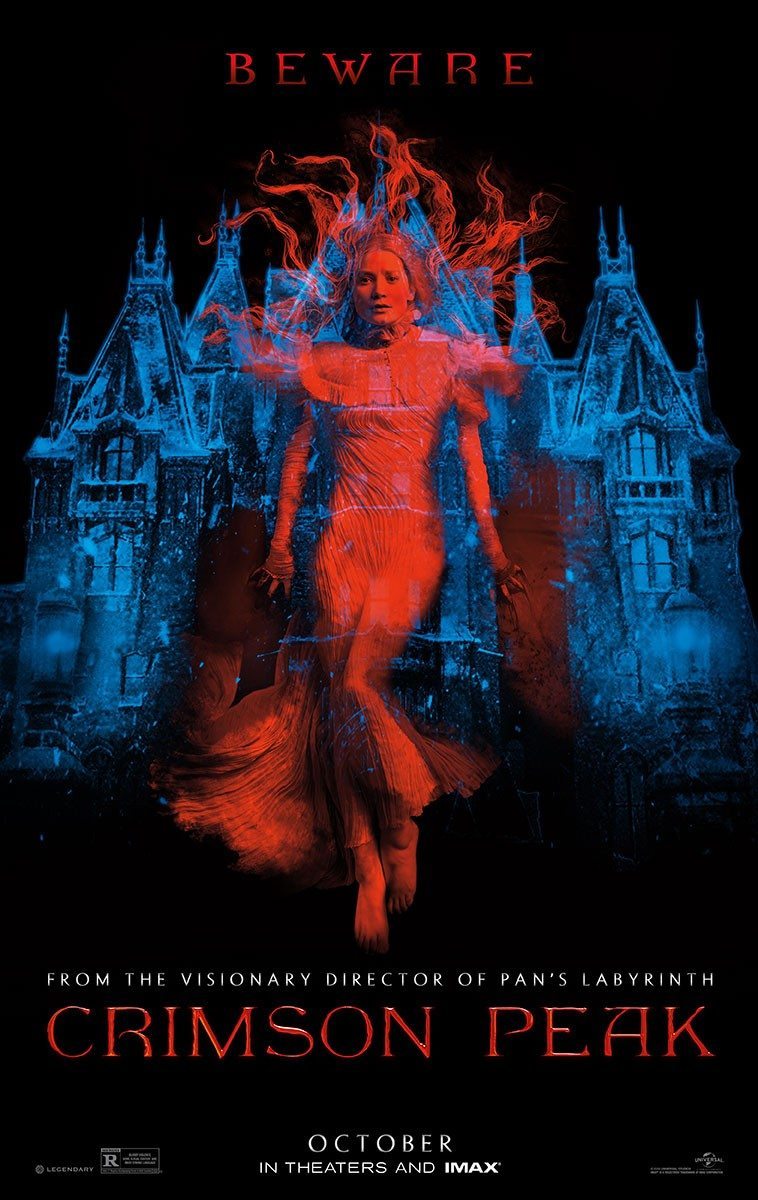 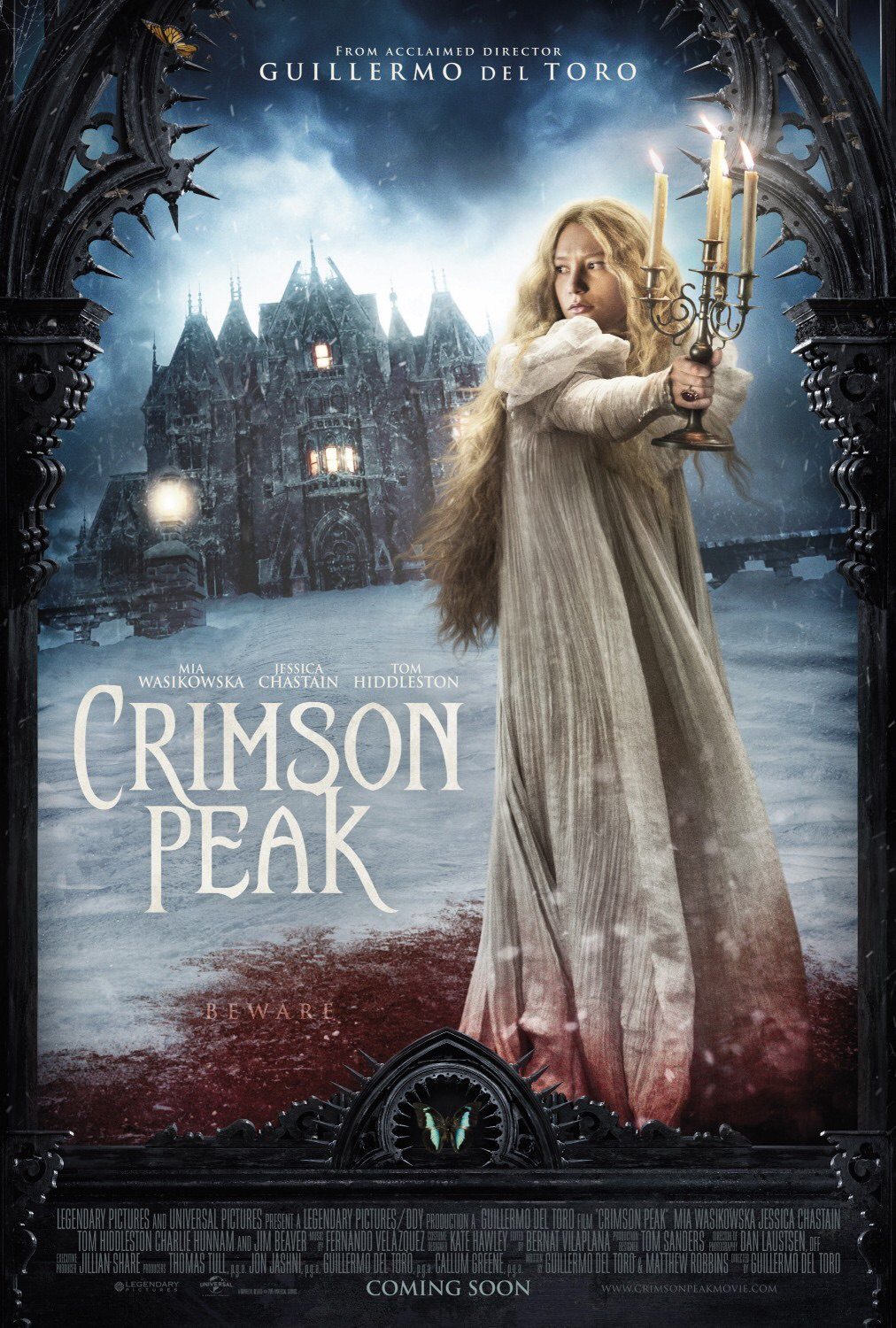 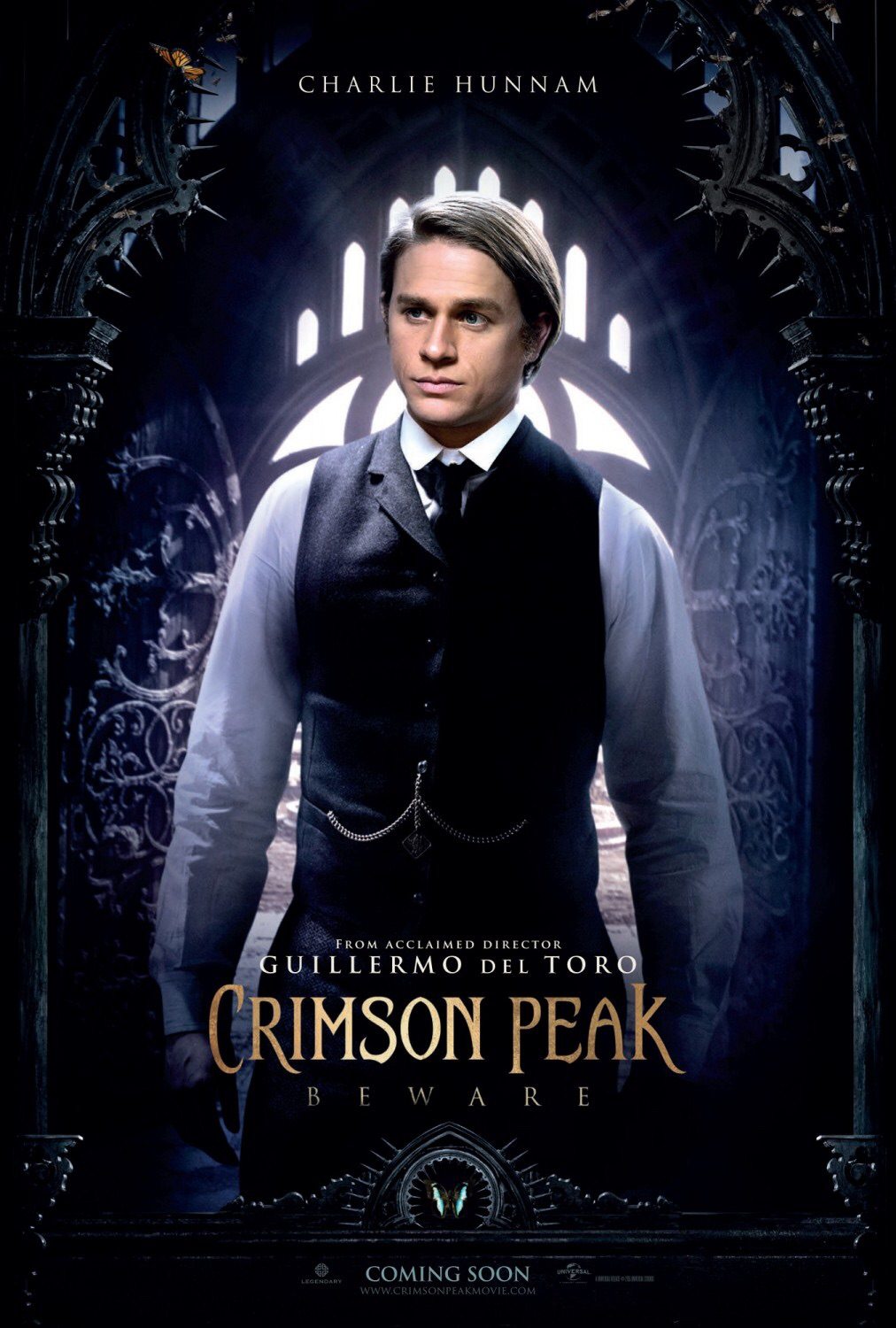 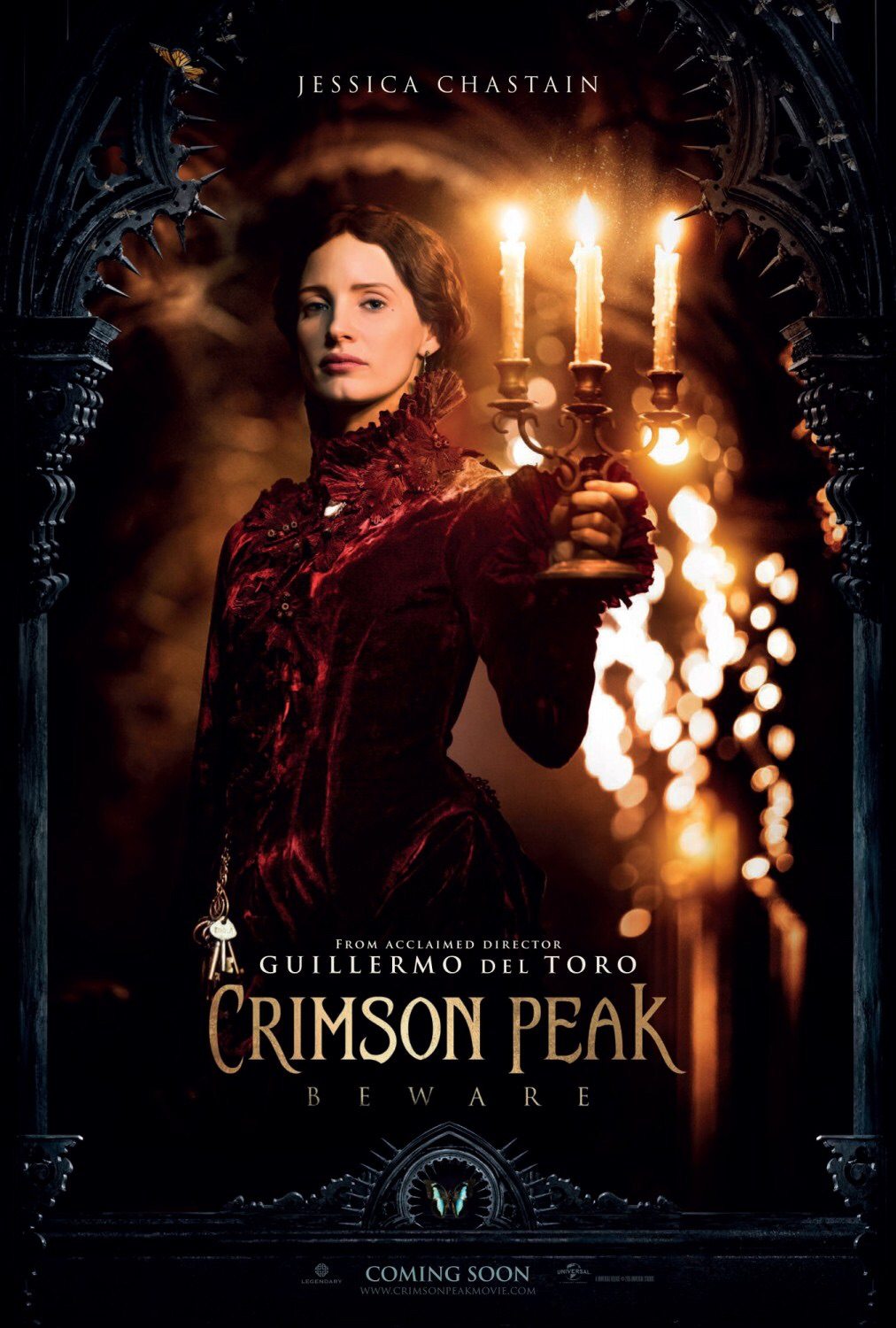 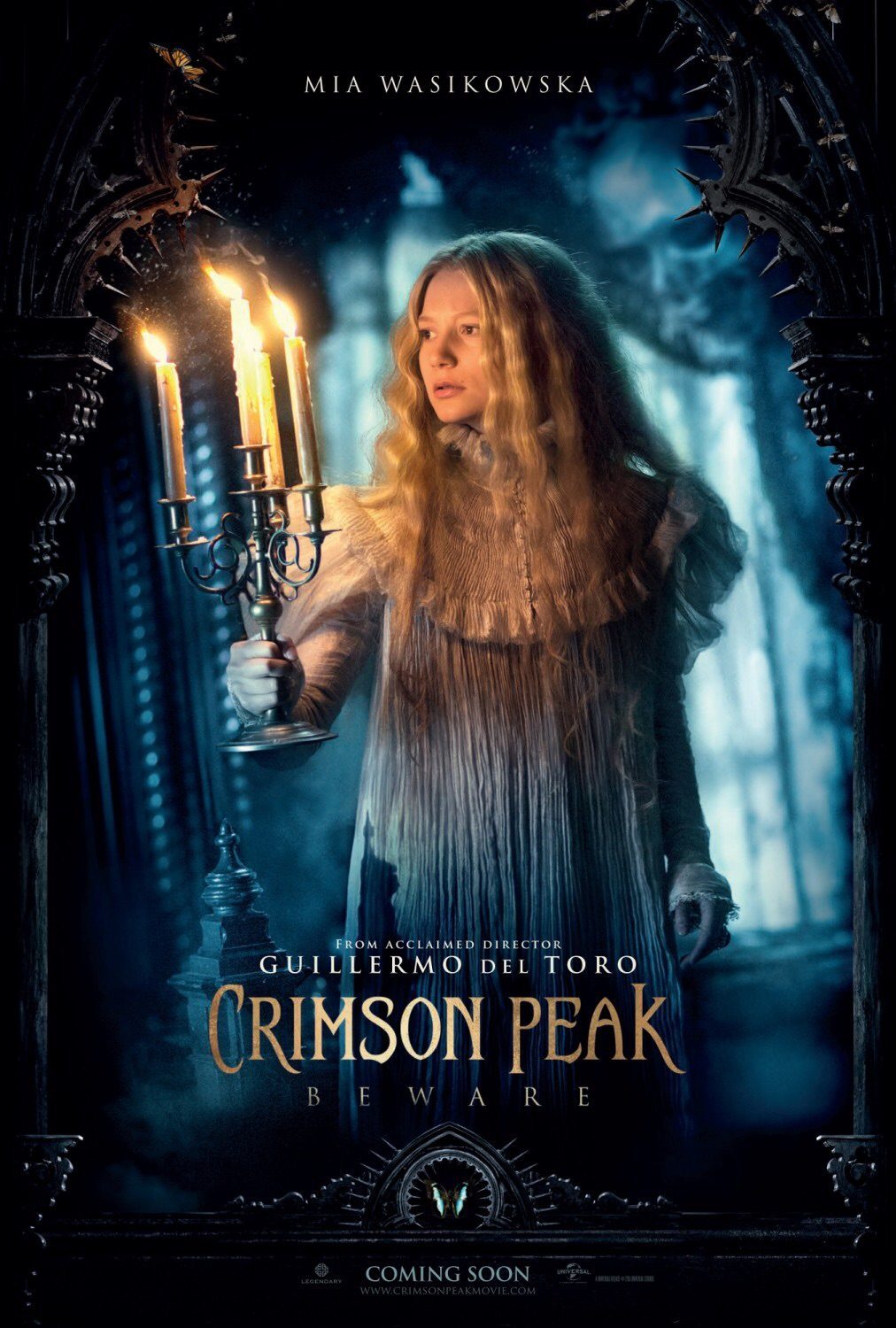 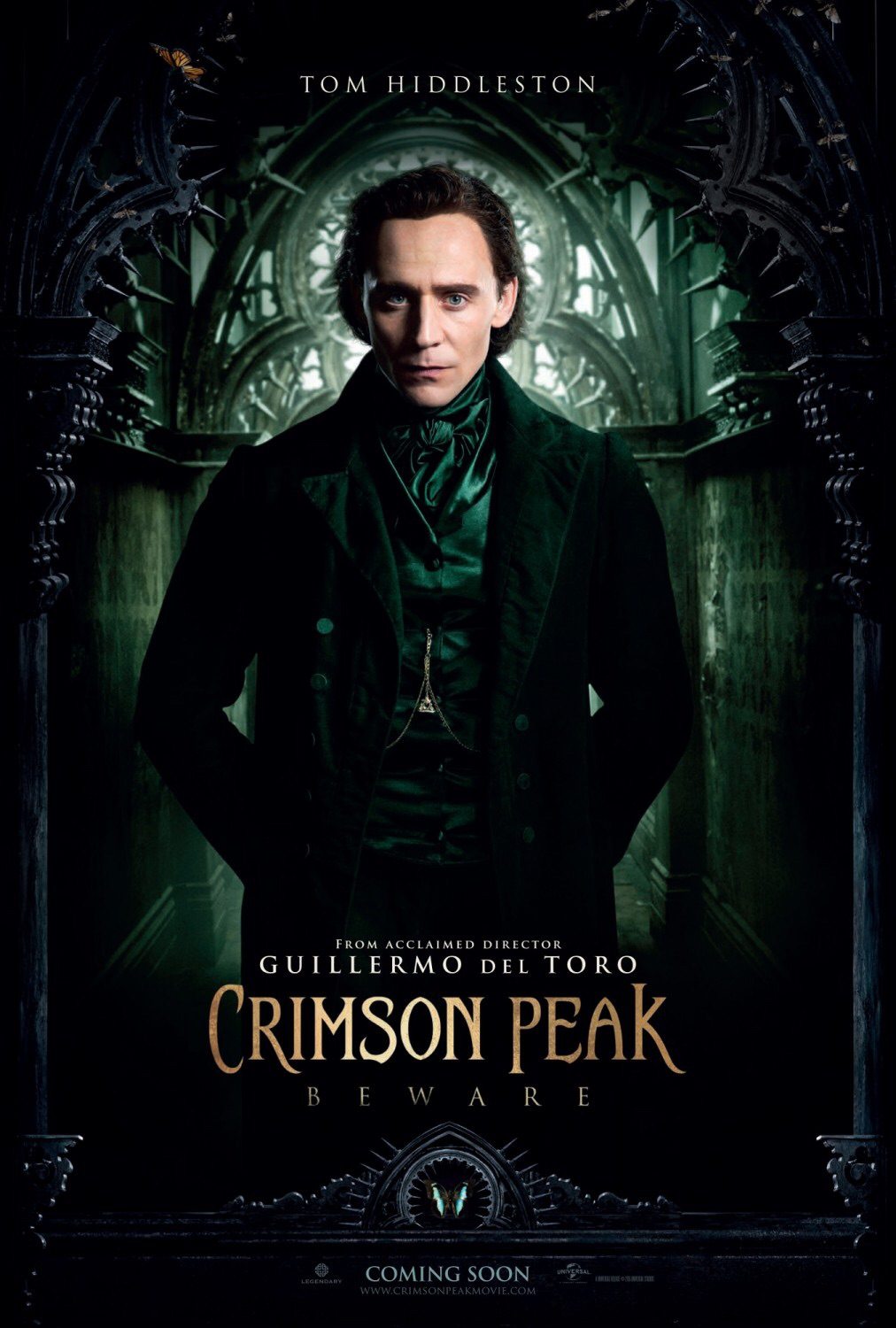 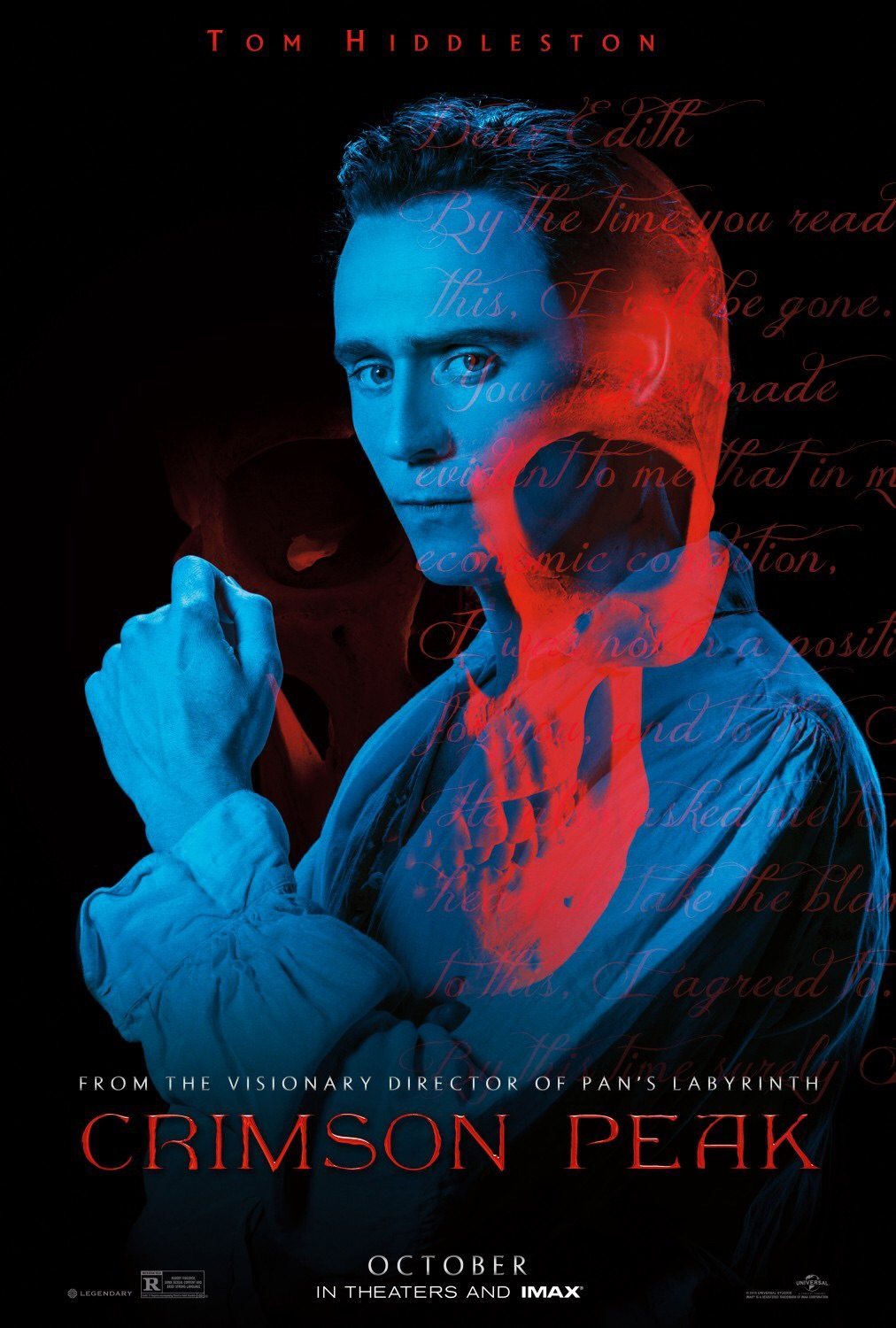 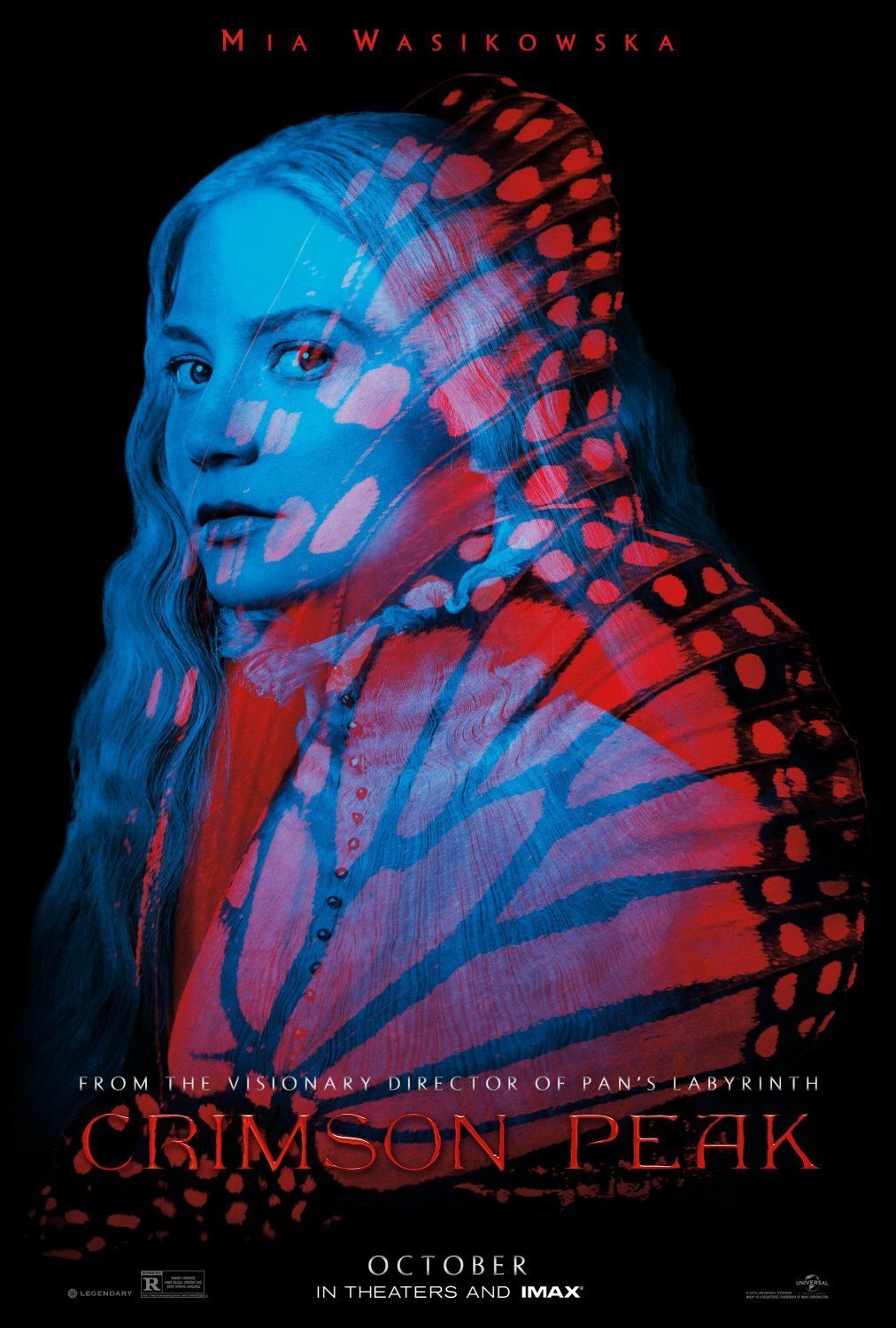 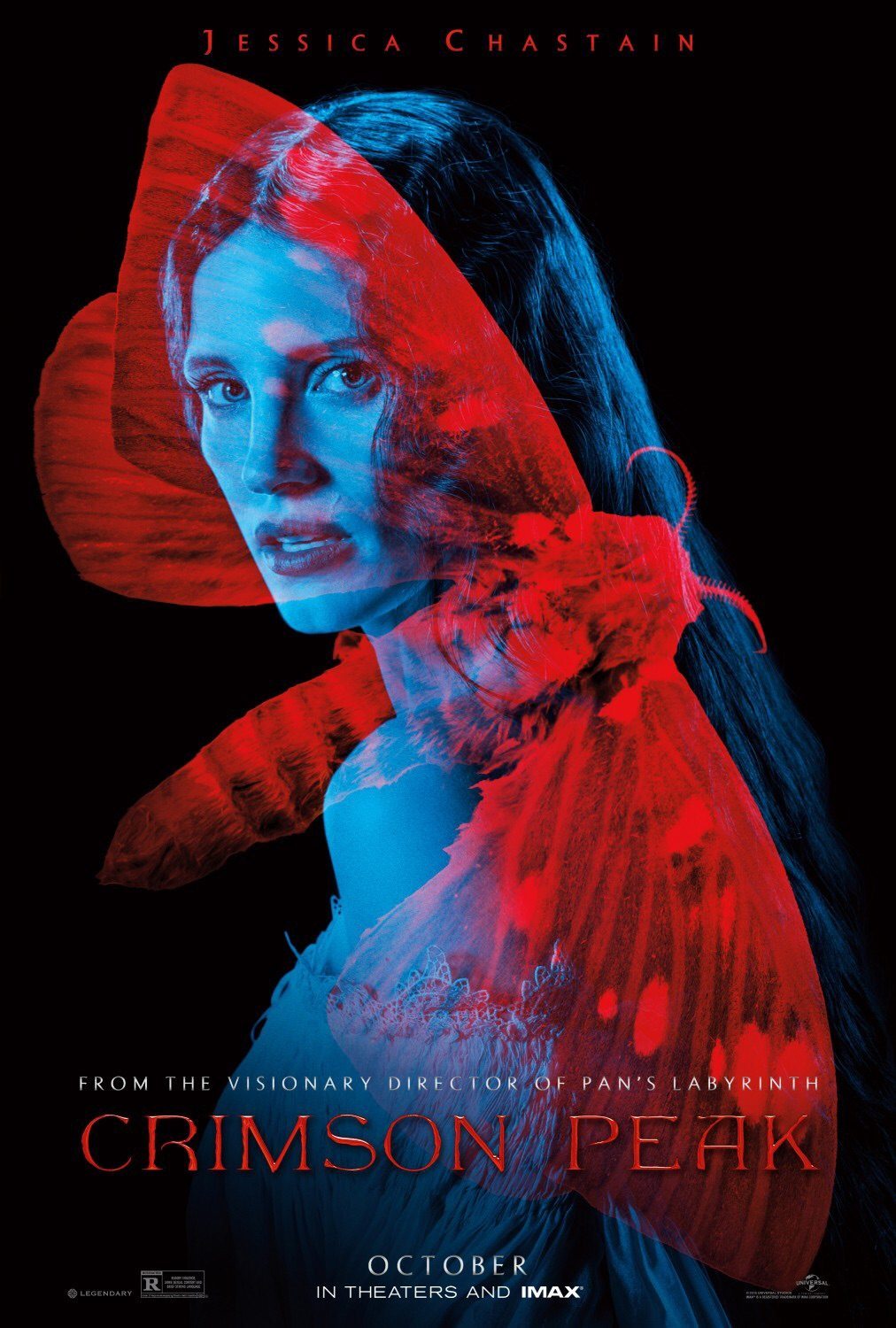 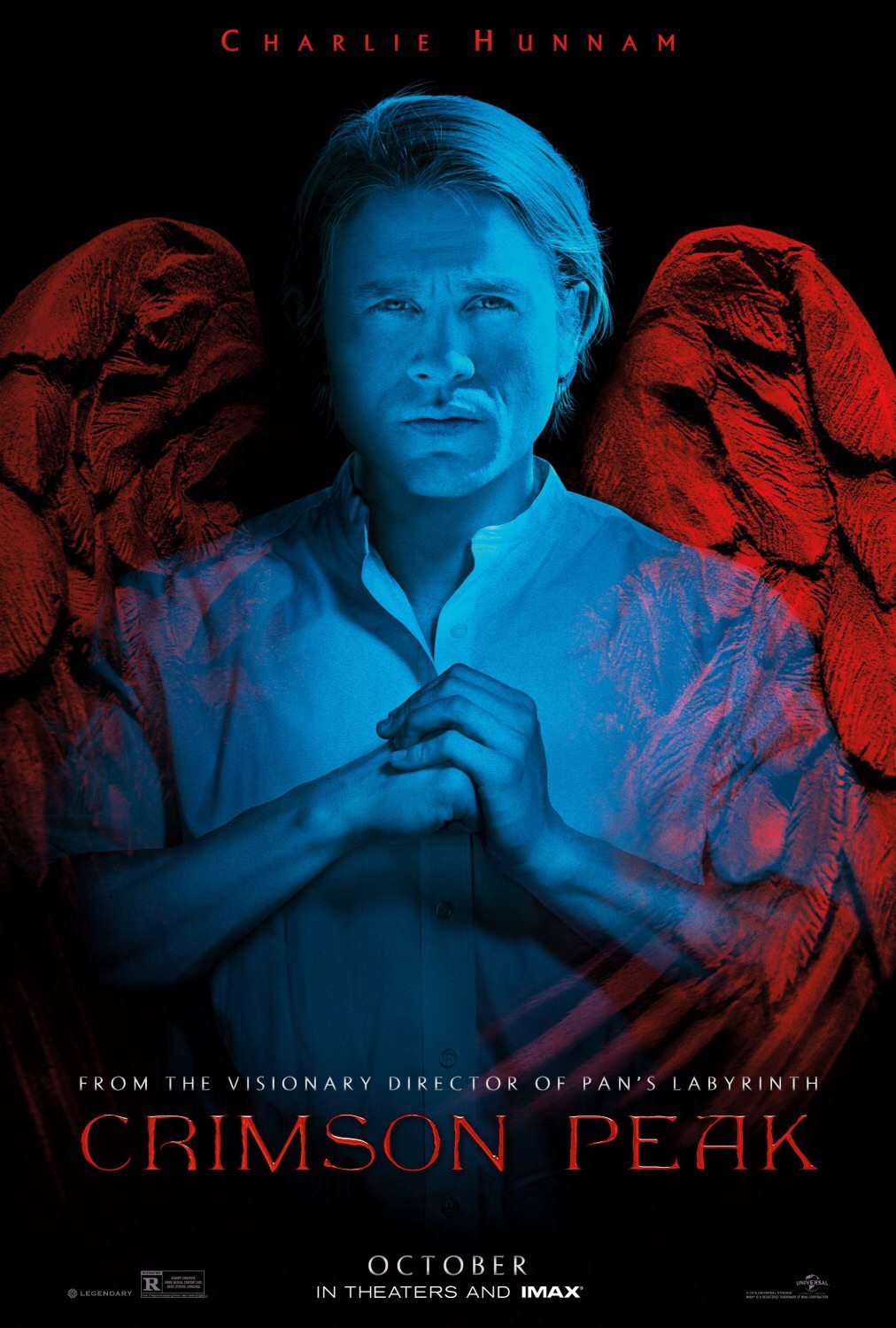 What Up Yo.
So.
Guillermo Del Toro has produced, written and directed a new horror film called Crimson Peak.

His vision was a simple one:
To offer the audience a hard core scare fest on a monster budget.

There is no denying that Del Toro is a passionate artist with a unique voice and perhaps one of the greatest to emerge from the world of film in the past 25 Years.

In short, Del Toro is a visionary.

Hearing him discuss the making of this film on the podcast “The Nerdist” back when it was warm in july and he was just wrapping principle photography on it (I’m in New York, It’s the final week of February in 2015 and we’ve been getting our asses handed to is by way of an artic cold front that seems to have been here for 7 weeks now.) I was excited to see what we would get.

The films that directly inspired Peak are some of the classic horror films of Guillermo Del Toro’s childhood, but it was 1963’s “The Haunting” that he kept referring to in the interview as one of his favorites….one of the essential “YOU MUST WATCH THIS HORROR FILM” films in the interview. 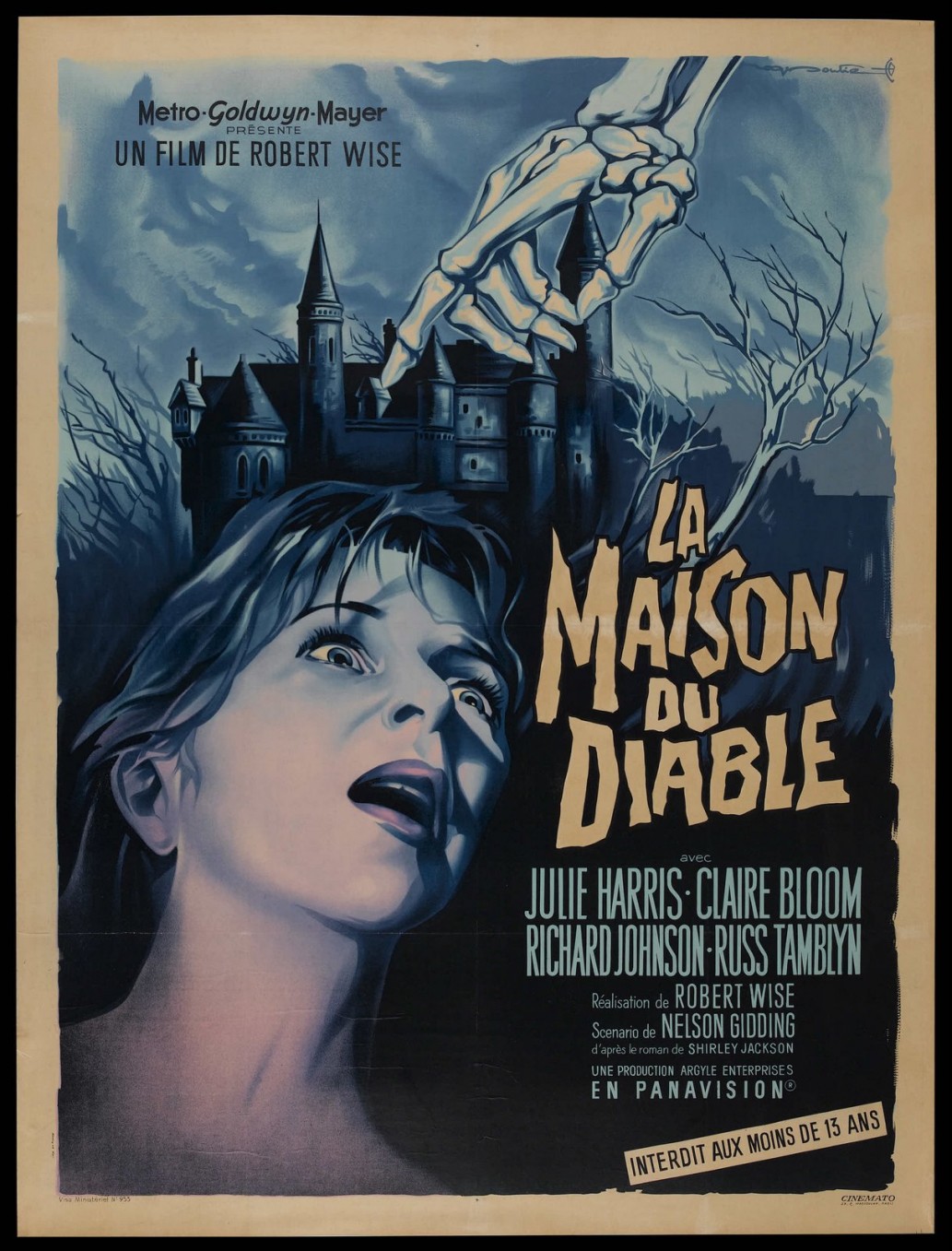 I watched it, a film about an old massive mansion called “Hill House”.

It has a twisted history of previous owners being driven mad and dying and killing and all that great and disturbing drama tied to it.

Because it’s rumored to be haunted, a doctor who is studying paranormal phoenomina focuses on the house (Castle ?) and he recruits two women along with the heir to the estate to stay in the house over the course of a few days on their own to see what they experience.

It’s dated, yes, but the overall vibe of the film was chilling.

The noises you hear alone,
Dude,
as a young kid…watching this….i’m sure this scared the ever-loving shit out of Guillermo Del Toro.

Small note here…they remade this film in the 90’s, it was fucking horrible…so avoid that one.

Hearing Del Toro describe how this film effected him as a child, and what he is aiming for with Peak had me all fired up to see the first bit of footage.

It’s now February 2015, the first teaser has been unleashed and it’s…

this isn’t what he was describing.

Del Toro’s name alone gets me hard…
But this looks colorful, stylized and ultra polished.

I was hoping for something a bit more…

Anyway, what the hell do we really know about a film from the teaser (quite a lot actually).

Stay tuned troops, as this story develops i’ll be sure to let you know…