I’ve said it before, I’ll say it again…I Love Spike Lee.
I watched “Do The Right Thing” again last week. I grew up on this film, many of my fiends did, it’s in our blood…and afterwards I watched this 1989 press conference that was held after the first screening of the film in France at the Cannes Film Festival.
Within 5 minutes of watching this, I knew I would need to write this post and share it.

The film is screened and the director and actors are assembled for a press conference after the film most of the actors have not seen the film yet only spike and the members of the press in the audience as it would not be released in America for another three months. Watching the initial reaction to this film is fascinating. Most of the questions from the European press start off with praise and gratitude to Spike for making the film and a genuine inquisitiveness on if he has hope for racially quality in America. There are members of the American press in the audience also, and immediately most of them begin to ask Spike why he didn’t put drugs in the film.

In response to these questions, Spike points out that when the same audience is watching “Rain Man” or “Working Girl“, not one of them are asking where the drugs are in those films. But when this same audience watches “Do The Right Thing”, the first thing that they are all asking is “Where are the drugs?” And this is because this is the stereotype of black people that they have been fed through the media he tells them.

The blatant stereotyping going on is one thing. Watching Spike call out each person out on their views and get right up in their faces…is fucking awesome. I wish I had different words to explain how I felt when I watch Spike answer each of these questions, but the best I can give you is that I felt like screaming “Go Spike!!!” every time he takes the mic. I remember the backlash at the time, but I didn’t remember it like this.

And watching Spike in this press conference is exactly why I love him so much.

Maybe you haven’t seen “Do The Right Thing”…you should stop reading this and go find it immediately.
It’s not just a film, it’s a statement, it’s a document, it’s a vision…it altered cinema forever like a massive boulder being dropped in the calm waters of cinema. The waves are still breaking against the shore.

You don’t need to watch the film to appreciate the press conference, how proud everyone on stage is of the film even though they haven’t seen it yet. I loved watching Spike point out to the press that the day of the press conference is the 64th birthday of Malcolm X…and that Ossie Davis, who is sitting two chairs away from him, gave the eulogy at Malcolm’s funeral.
I had to share this, I feel like it’s a treasure…I hope you enjoy. 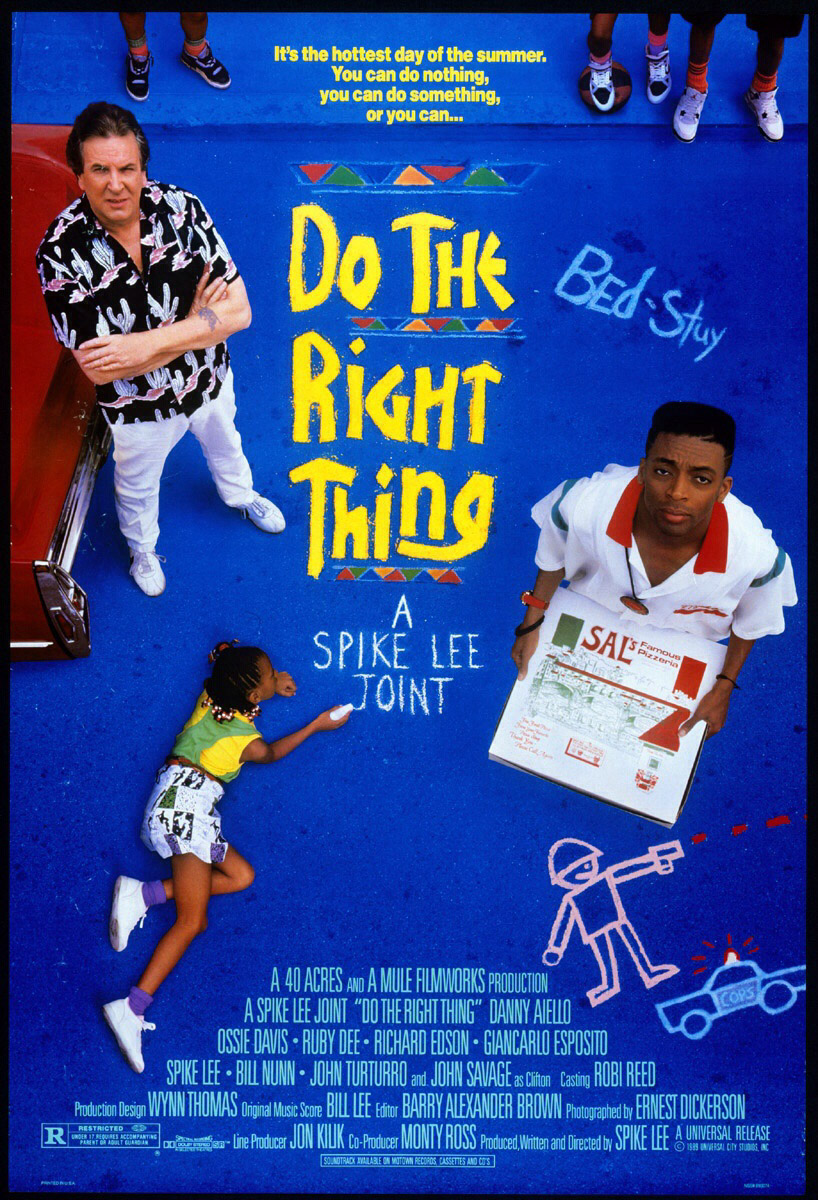