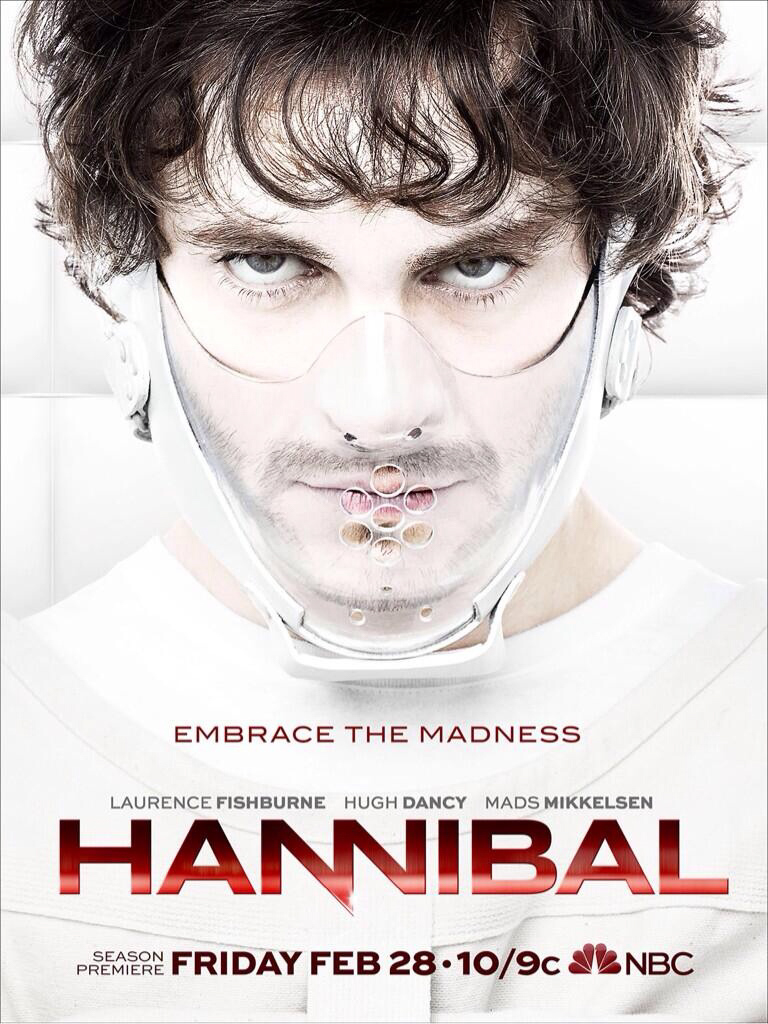 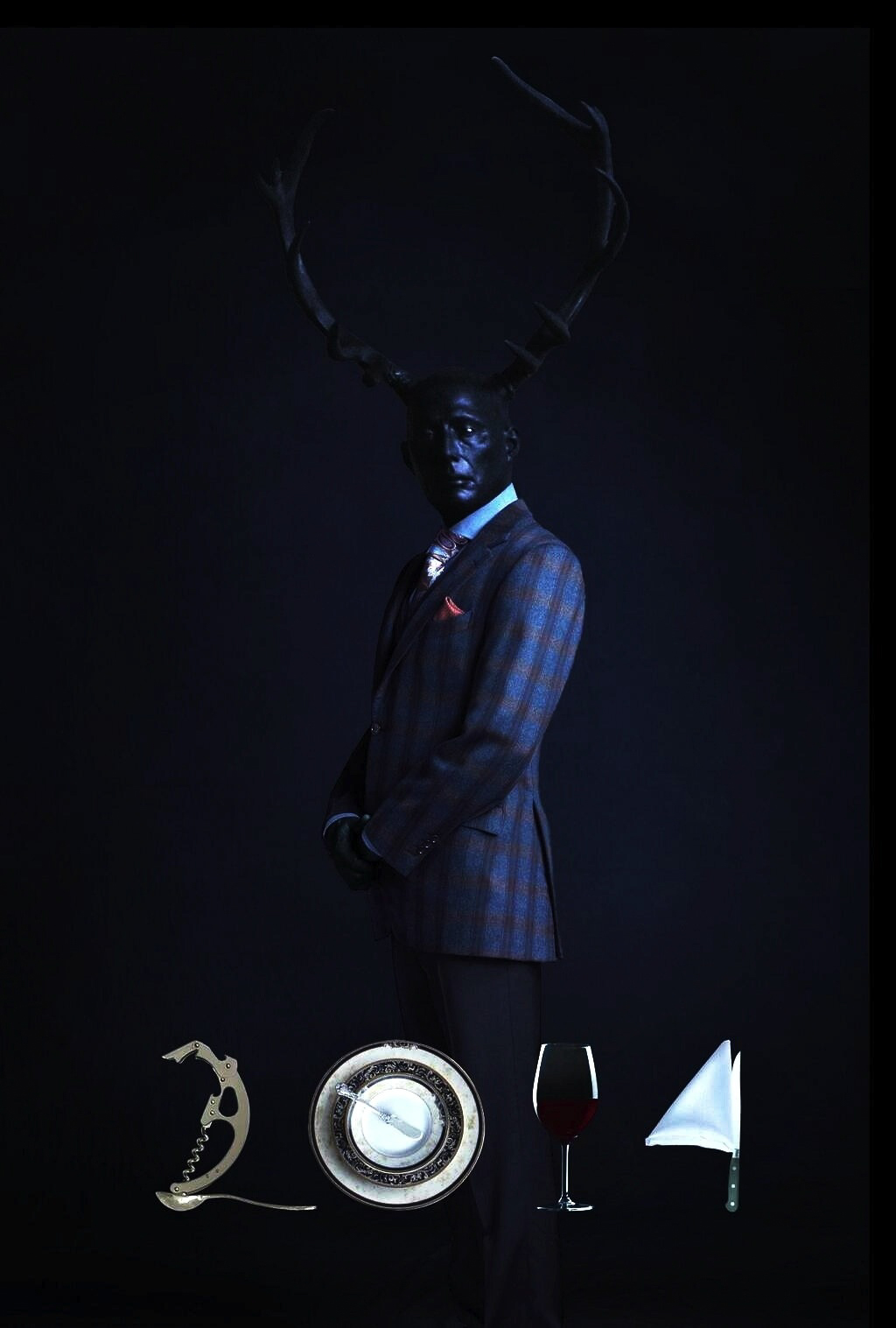 Now..Real Quick, a few words on the majestic “Hannibal“:
The show “Hannibal” was one of the best new series I watched this year. The performances, tone and overall execution of each episode puts it in a league that is often reserved for films. There is a high quality standard to this show, in each episode, character…aspect…that makes it a highly polished work of dark art.

Original, haunting and beautiful…the look of this series is what sold me. That photographer within me was “oh…so turned on” by the cinematography of this show, primarily shot by James Hawkinson.

A reimagining or retelling of the Thomas Harris “Red Dragon” novels for which there have already been 4 (5?) films…this is the story of Doctor Hannibal Lecter and FBI Special Investigator Will Grahm.
In this incarnation, Grahm has an almost supernatural ability to enter homicide scene and relive the crime from the point of view of the killer by simply standing in the place where the crime happened.

It’s his extreme empathy that allows for this, and he assists the FBI in solving many cases. However, this also disturbs his psychological mind frame greatly as he begins to lose himself in the minds of the killers who’s minds he enters. He begins to see Doctor Lecter to help him keep control, and a friendship between them begins. Of course what Grahm does not readily know is that Hannibal, his new best friend…is a complete psychopath, and is the perpetrator of many of the crimes for which Will Grahm has been assigned to help solve.

Bryan Fuller is the creator of this show. His past work on “Pushing Daisys” and “Heroes” demonstrated great storytelling ability and visual style, which are both in full effect here. Both of those series were remarkable…even if they strayed eventually.

And the talent that has been gathered for this series is stellar.
Hugh Dancy is excellent as Will Graham. Laurence Fishburne, always great, plays the FBI agent in charge…Jack Crawford. Gillian Anderson plays Hannibals psychiatrist …incidentally, she seems to have that “Jennifer Aniston” condition of becoming more beautiful the older she gets…

And then theres Mads Mikkelsen as Dr. Hannibal Lecter.
I first noticed Mads in “Valhalla Rising“, 2010 (see below) 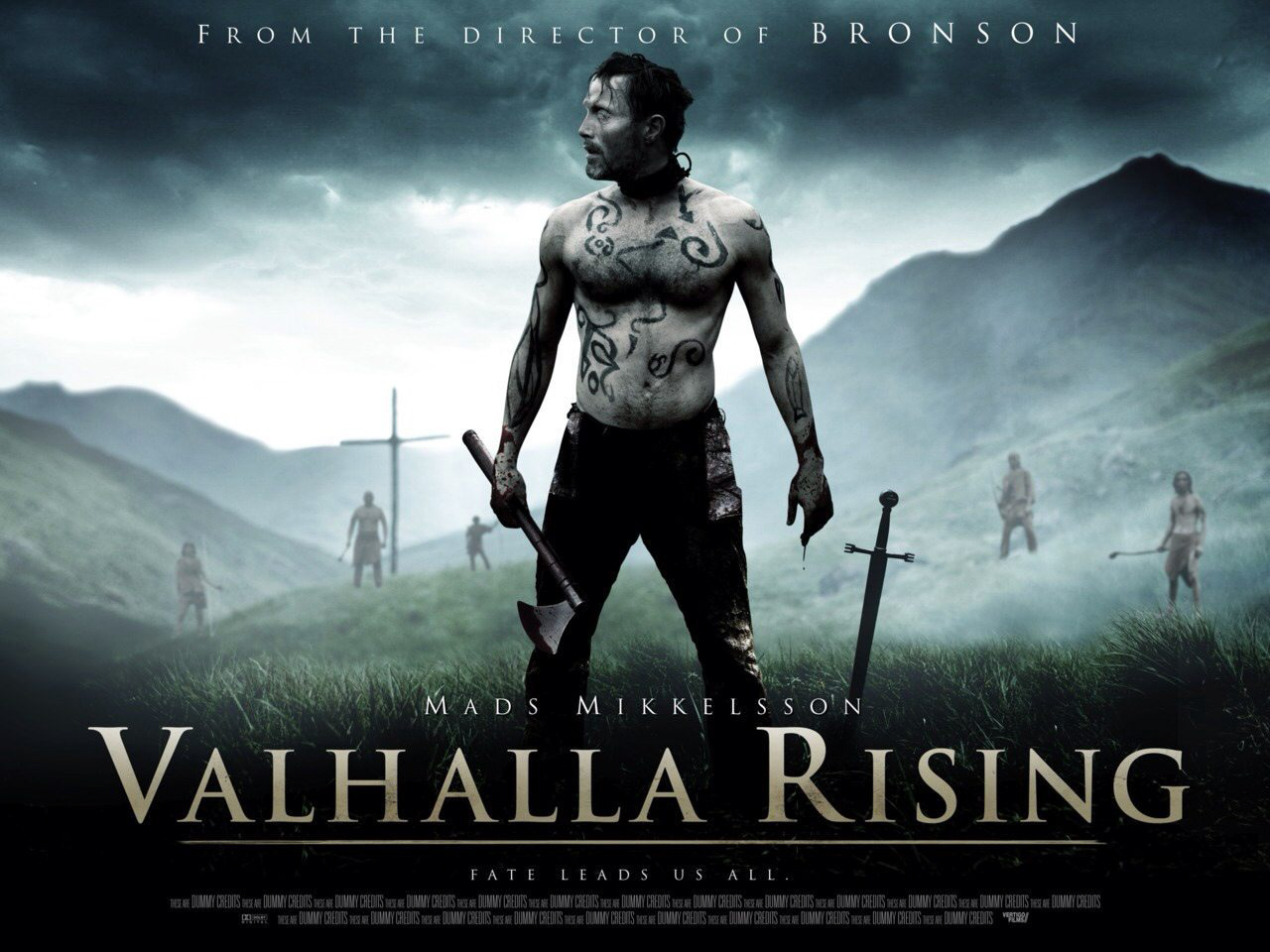 Now…it’s not everyone’s cup of tea…but it’s my cup of gasoline.

In Hannibal…Mads is simply incredible.

The show was not guaranteed a second season and week to week I was praying people would catch on and it wouldn’t be cancelled. Well it now lives to see another day. Thank the gods.

I wanted to throw a few words in here to encourage my imaginary legion of devoted readers to watch this show. Be warned, it’s disturbing. It pushes the envelope…man…but again, it’s high quality long format storytelling.

I’ve included a few screenshots from season 1. These will not do much justice to the atmosphere of the show which really you can only languish in when you sit and watch.

Also included a trailer for the first season, artwork and promotional images from the new season coming in February 2014 and finally a great article I found on the show celebrating its photography and aesthetic from Tillary. 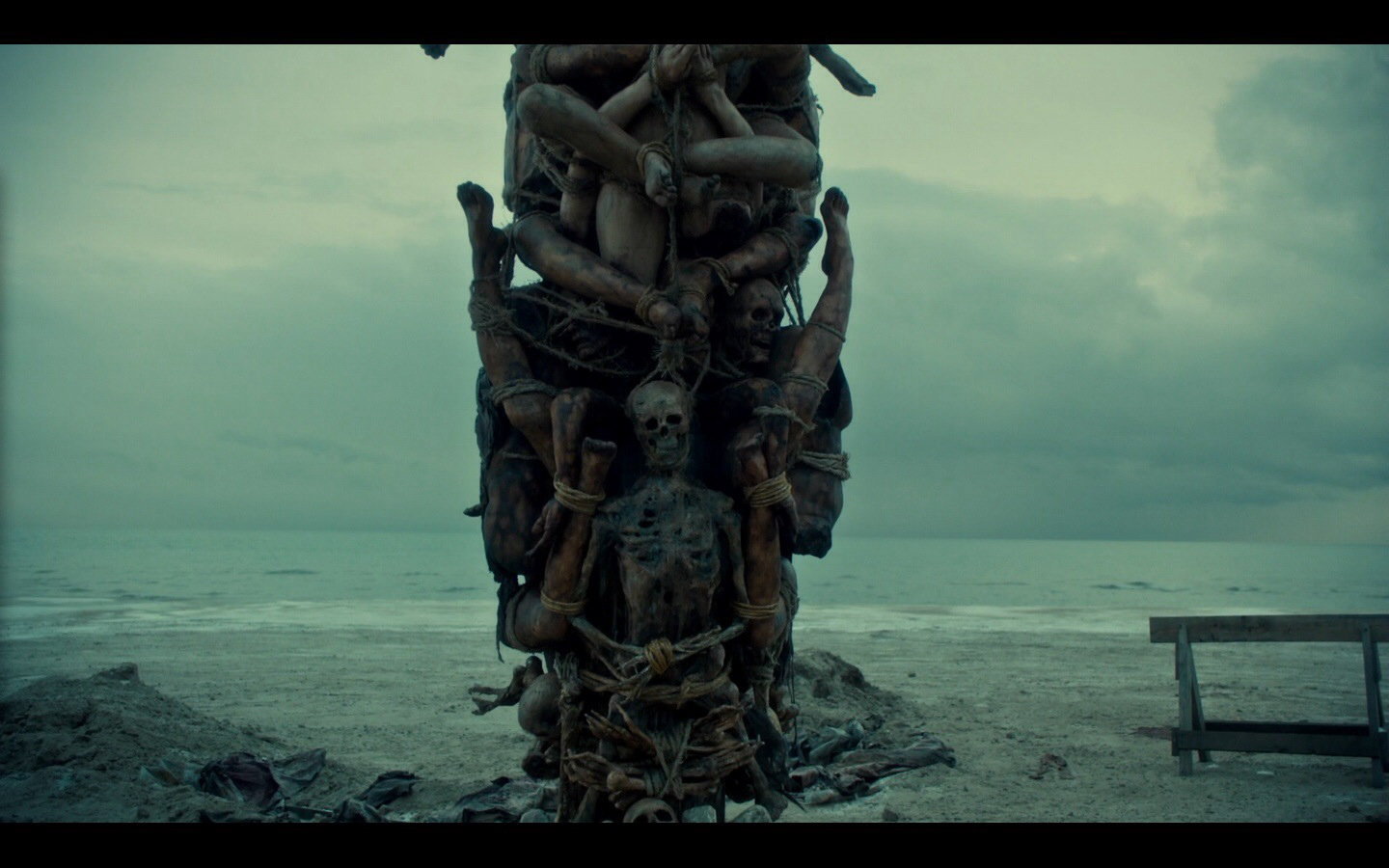 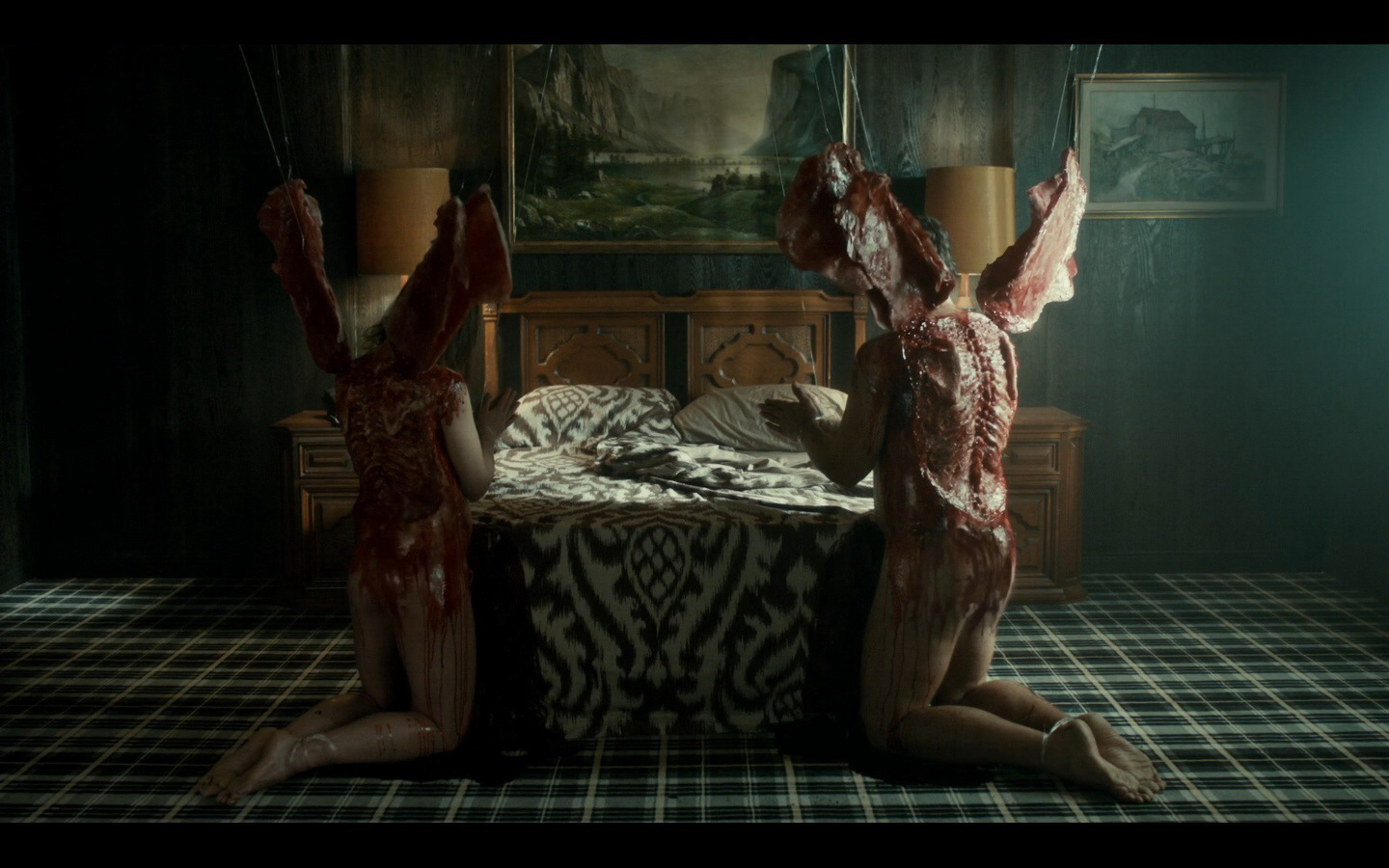 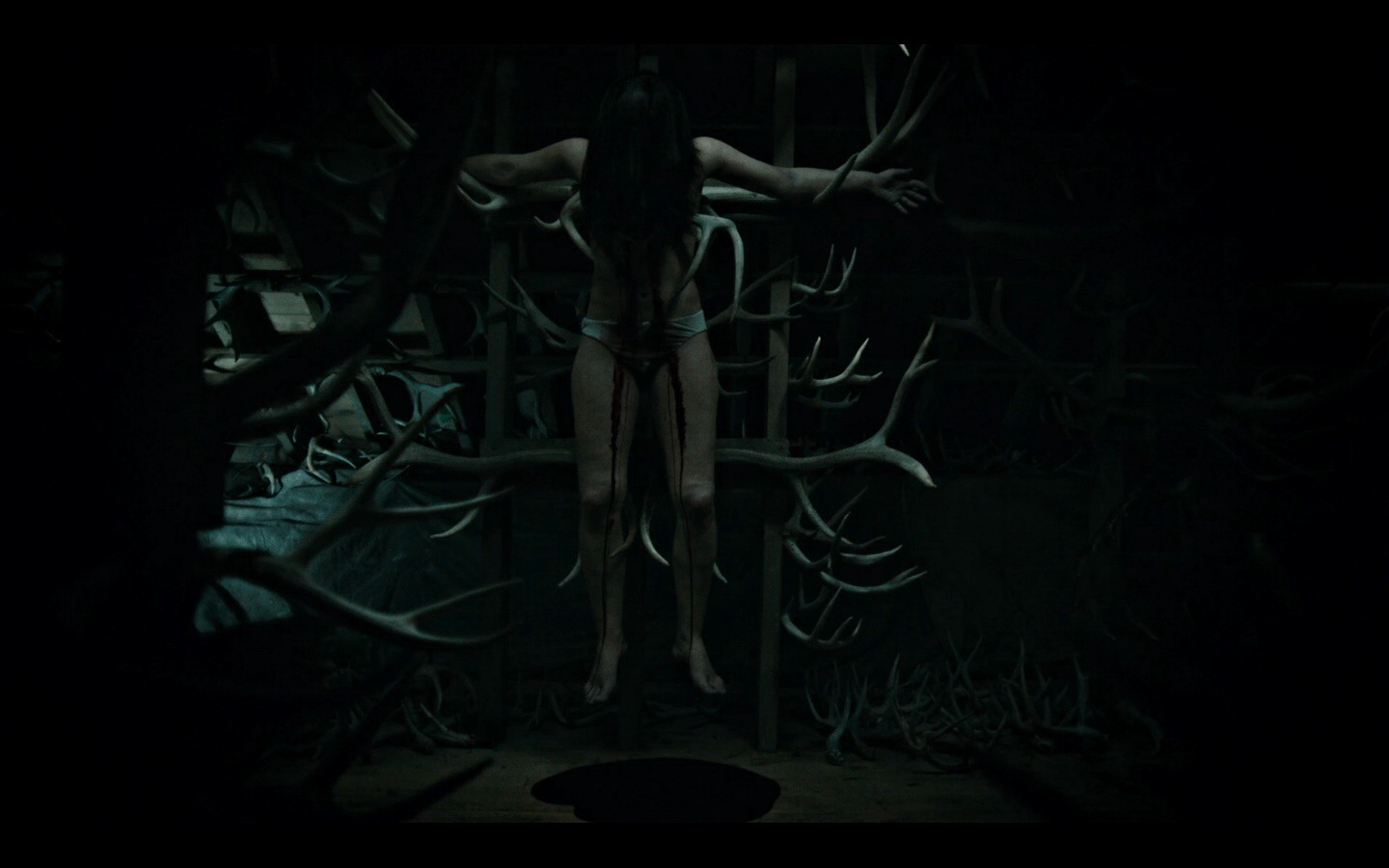 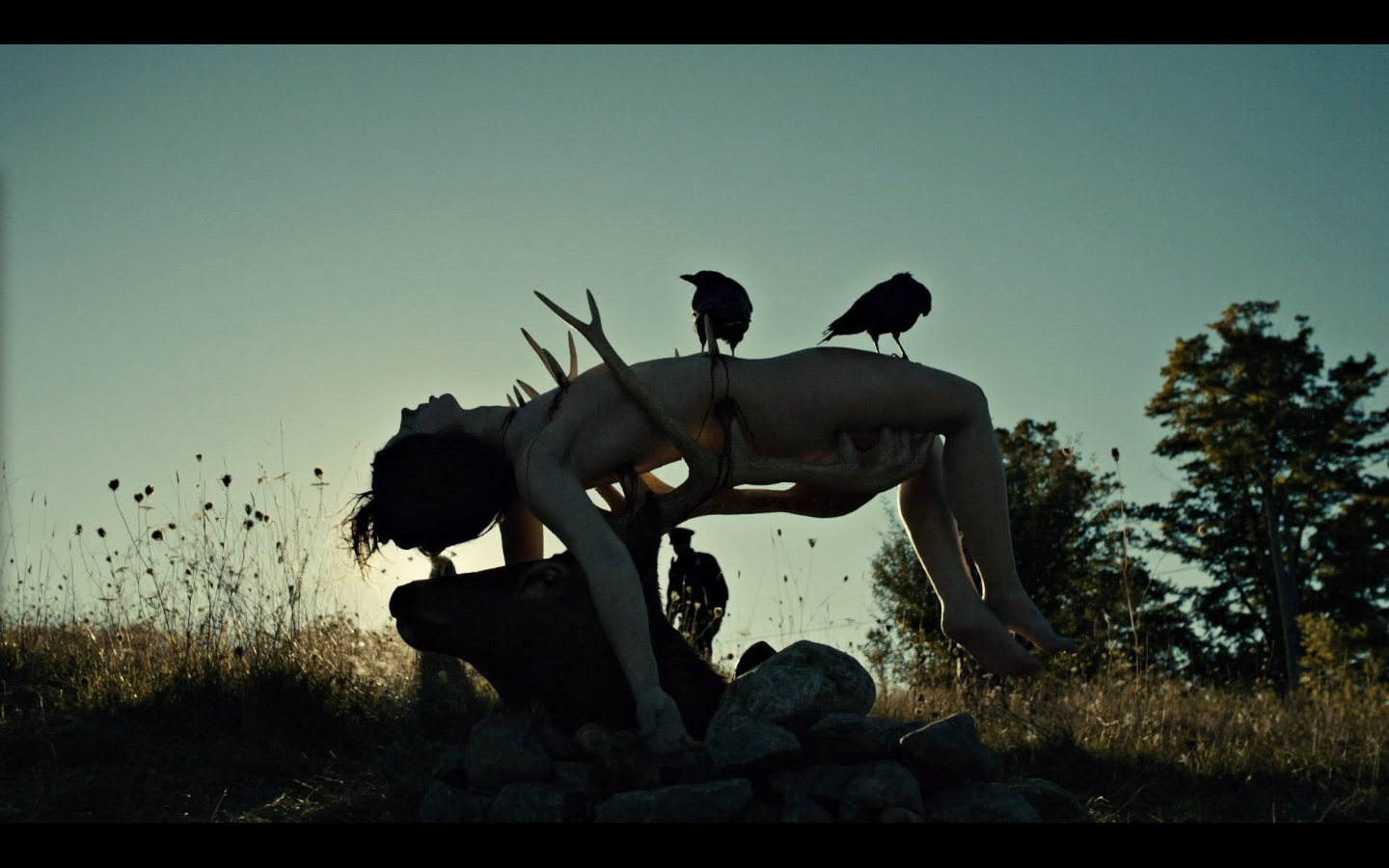 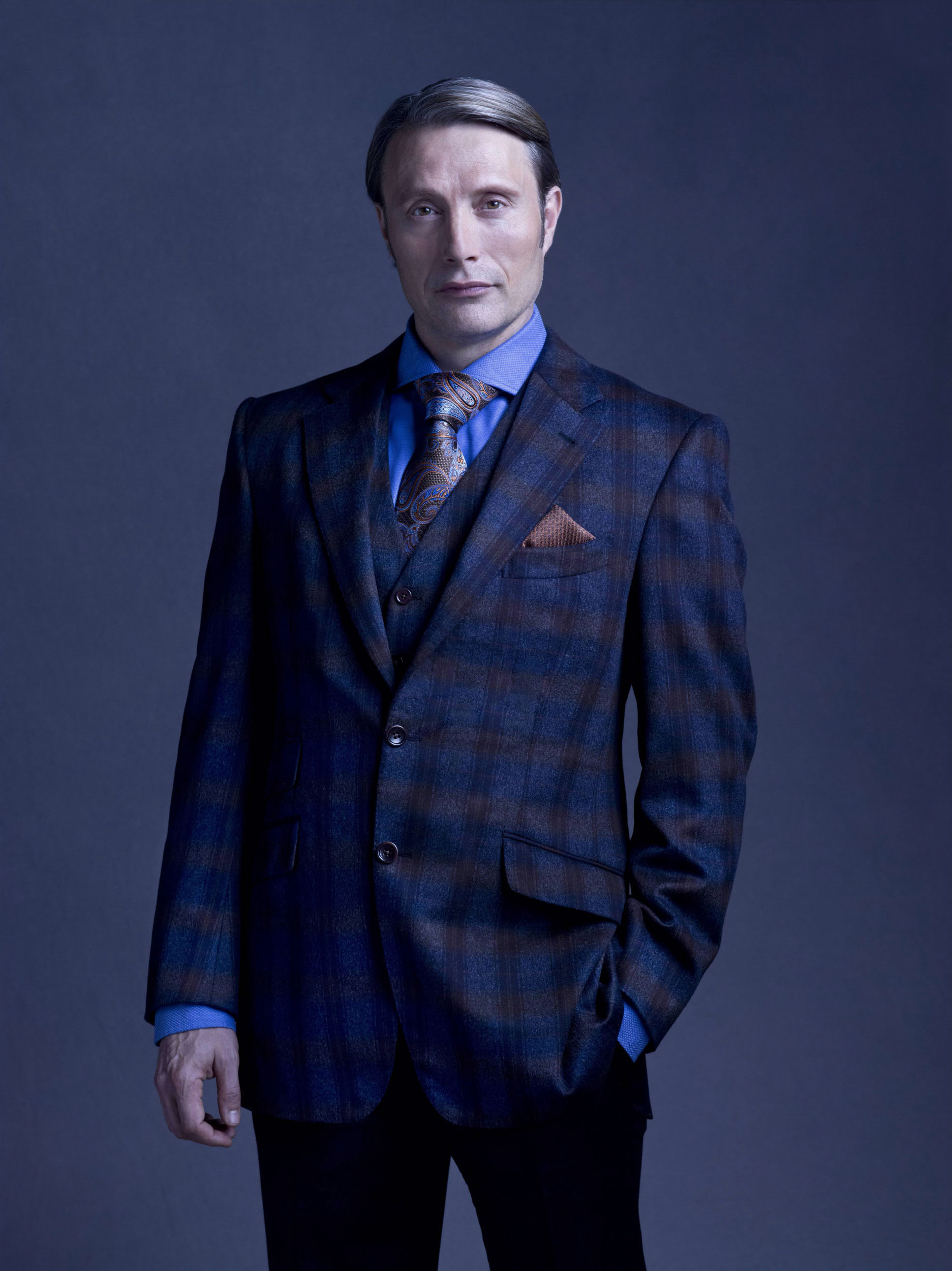 I found this great article by Tillary on her blog…we seem to park our cars in the same garage on this subject.

Hannibal and Cinematography: Looking is Hard

My absolutely guiltless pleasure this past spring was Bryan Fuller’s NBC series Hannibal. Besides enjoying the quipping but heavy writing, fantastic performances, morbid crossing of death and food (Pushing Daisies much?), and themes of destructive imagination, this show is GORGEOUS. Design teams did an incredible job throughout, but I especially want to highlight the cinematography.