Browsing the inter-web this weekend and I stumbled across this piece on Screenrant.
The fan film production company is called “Smoking Alien Productions” 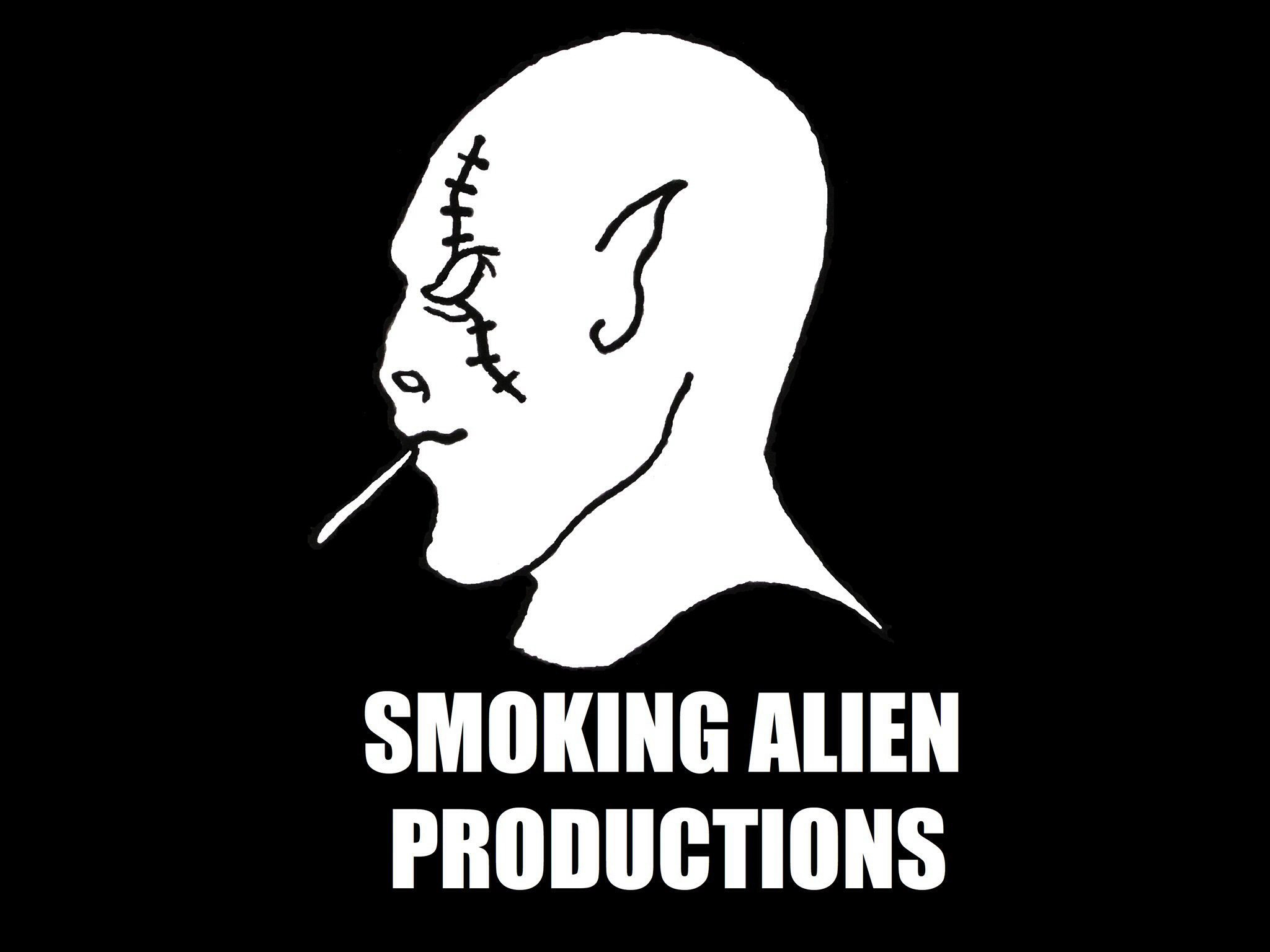 And they have given me one more reason to rejoice being alive during this The Digital Age.

They cooked up the idea to go out and make a Joker origin story. Batman had one…why not Joker? Well they put their hearts into it and without looking for money, posted their efforts on YouTube only to have their film blocked on YouTube because a mess of companies stood up and said “Hey…No Fair!!!”. 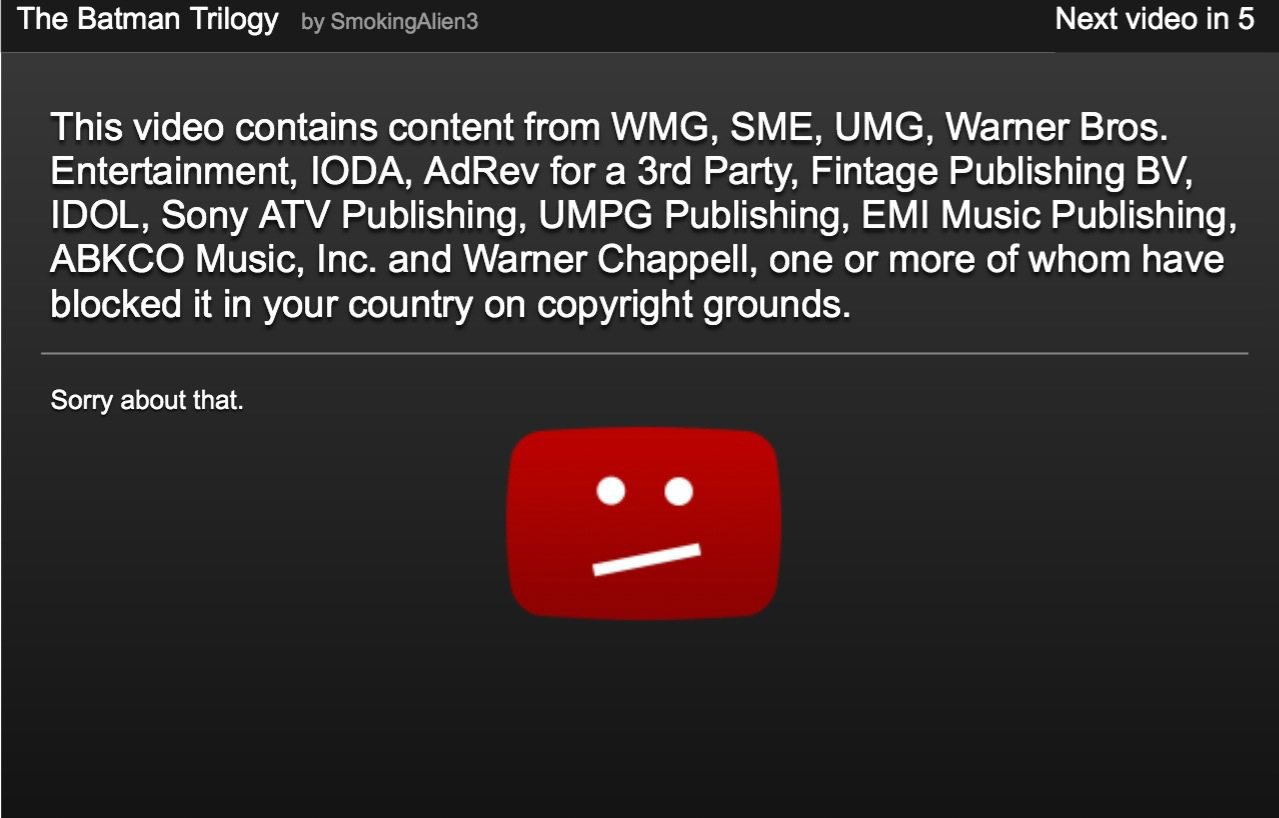 If you ask me…or don’t…i’m gonna tell you anyway…they should take this reaction by the suits as a compliment. If “Joker Rising” didn’t hold some type of weight and threaten them, the suits,  it would have slid by and not upset anyone.  This reaction from all these combined suits says to me they are recognizing the potential behind this visual story. More importantly,  they are seeing the fact that they aren’t a part of it. Most importantly…if they were part of it…they would charge you to watch it.

It also makes me take notice of how agreeable YouTube has become to the big dogs…they should be fighting for us, the little guys out here trying to make it simply…we would in turn fight for them.  Its the little people that make YouTube the service it is…its us that visit there constantly. I love YouTube. Not gonna lie. But who exactly are these guys and gals hurting? They weren’t charging anyone to see their film, they are film lovers, fan boys and girls…making a film for the pure reason to be storytellers.

The trailers are readily available here and below.

Now, the are currently seeking funding to complete this project here at Indiegogo, a sort of Kickstarter donation based website for artists. Now if you do contribute, and for whatever it’s worth…I think we should if we can…you will be send a digital copy of their now hard to find first release “Joker Rising”.

Geek Tyrant has been covering this…I wish these guys and gals luck.

This second film, the trailers for it look ambitious, slick and great. Watch the trailer for Two Faces and tell me you aren’t crying inside for The Dark Knight…he has obviously been pummeled here and Jokers henchmen dancing around him, there is a menacing tone in the air…tangible. Effective. Dark. Sinister. Wonderful.

We need to support our brother and sisters people. Putting themselves out there on the front lines to entertain us,  daring to present us with a fully realized original tale in a world full of reboots and remakes of the same old shit…year after year…

It’s this type of motivation that gets me hard, This is my flavor of gasoline.

THE CITY WITH TWO FACES:
TRAILER: 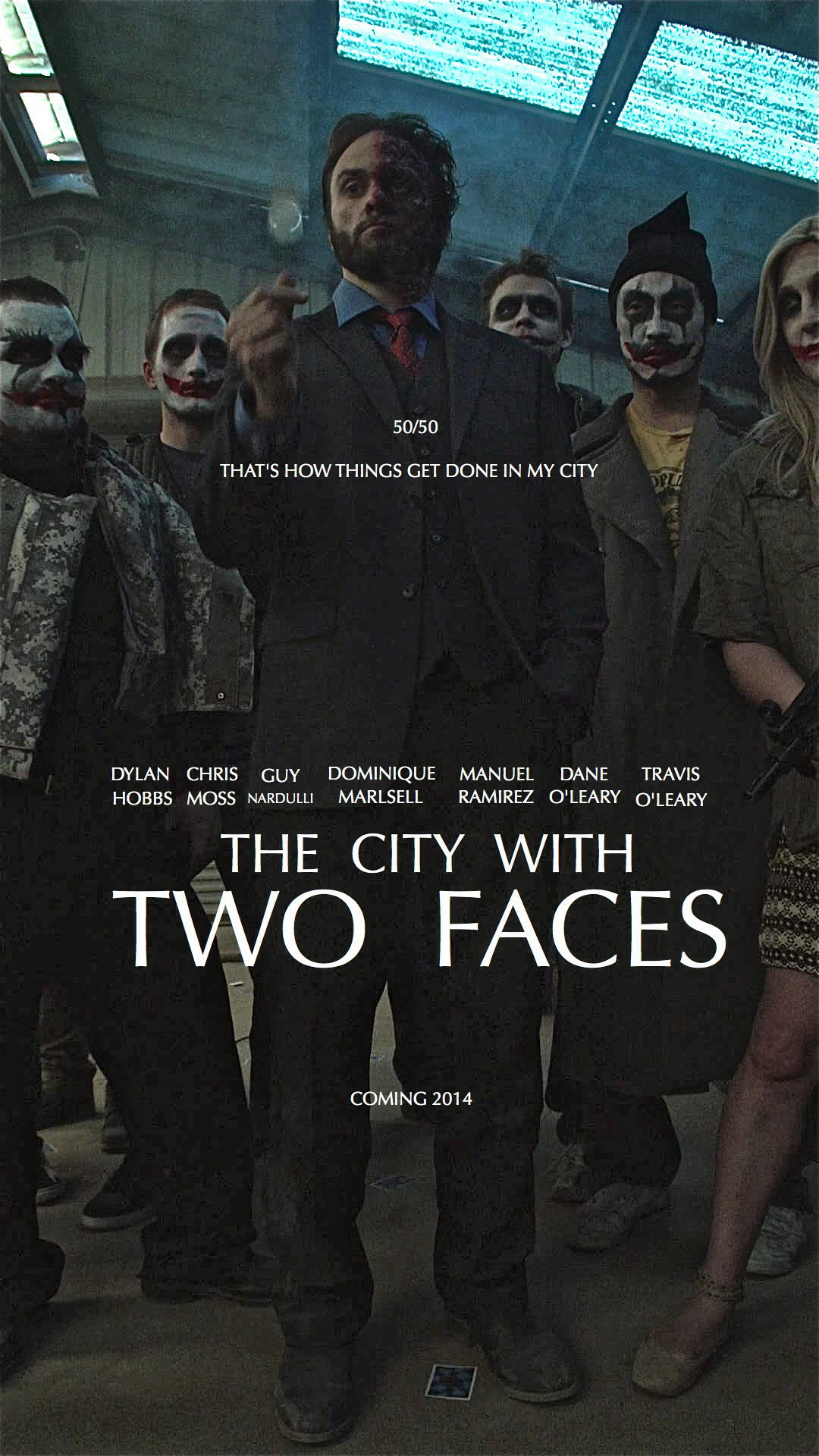 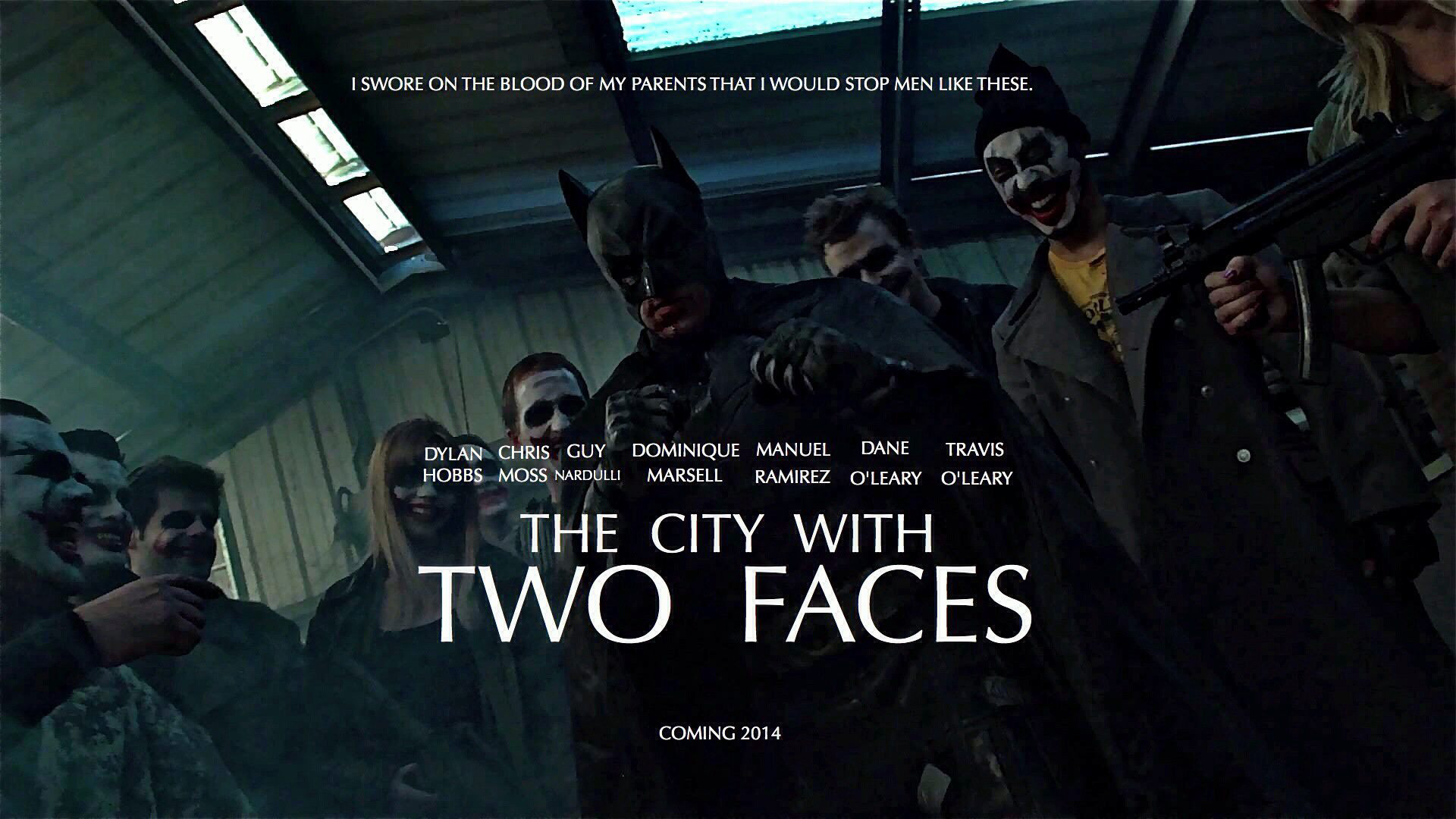 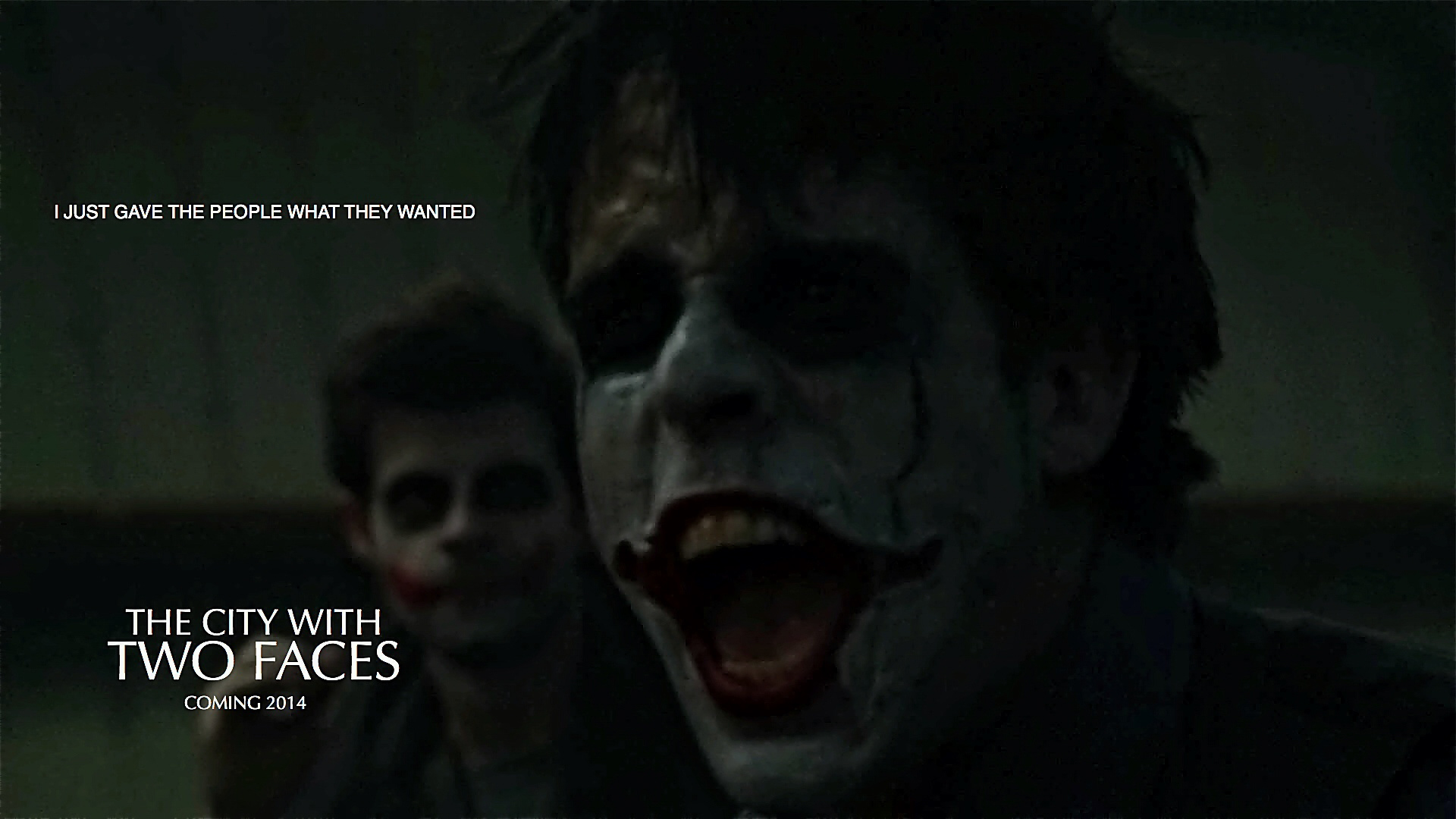