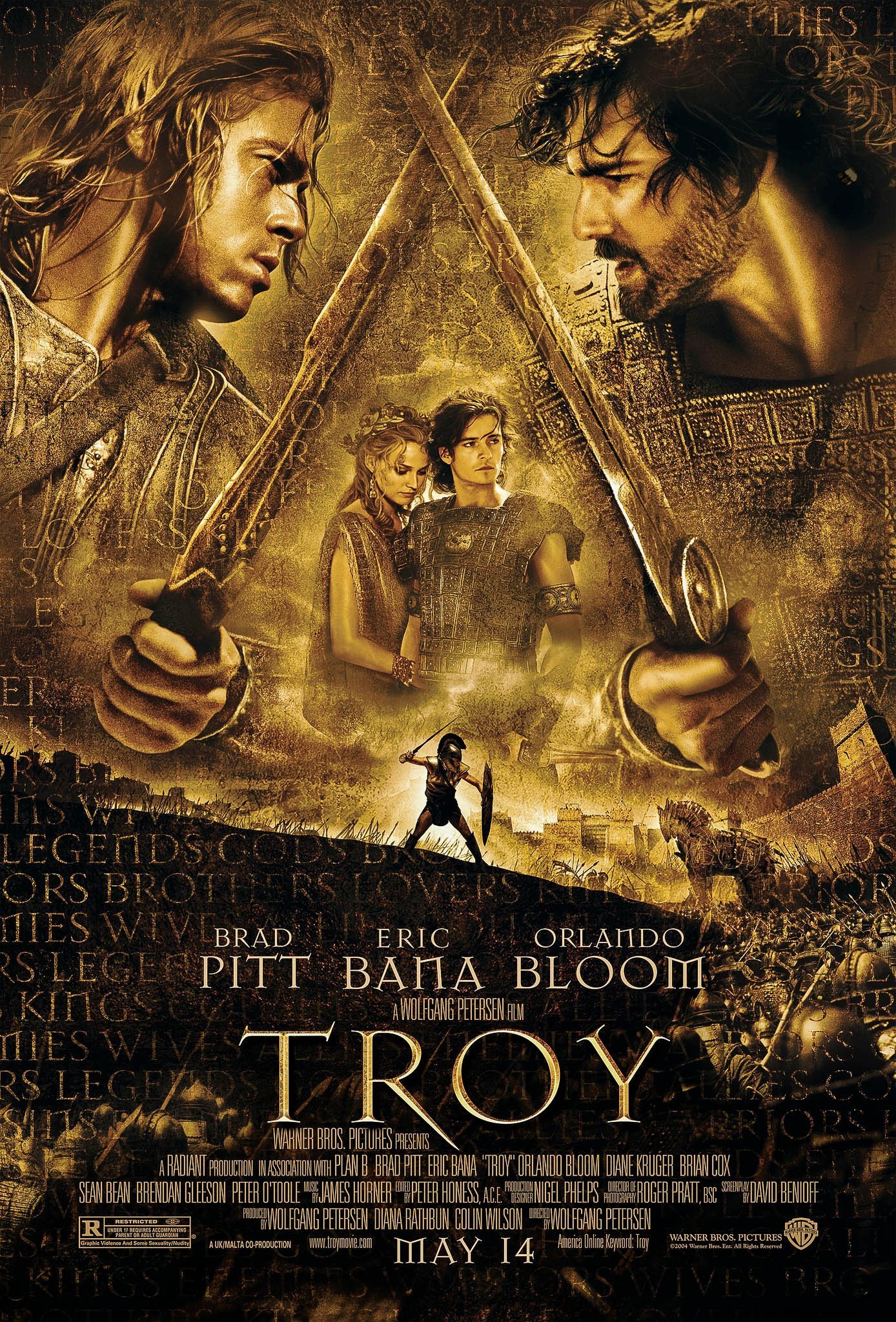 Lets Discuss Wolfgang Petersen’s “Troy” for a minute, shall we?

He was getting ready to film Darren Aronofsky’s “The Fountain”. Grew his hair and beard for months and months. Looked like a homeless man.

The budget was huge, the scale enormous. The studio screwed Aronofsky, didn’t back him or his budget and the film fell apart.

Devastated, Brad needs a new film as he has been turning multiple projects down for years prepared and waited to shoot “The Fountain”.

Enter Wolfgang Petersen:
He was getting ready to make “Superman Vs. Batman”
This is before the relaunches of both franchises,
before “Batman Begins”
before “Man Of Steel”
before Zach Snyder and Christopher Nolan…

Petersen was going to go balls to the wall and give us the monster film.

Now again, the budget was huge, the scale was epic and for reasons I’m not 100% sure of…that film also did not happen.

I can only speculate that Warner Bros. decided to hold off until both franchises were properly relaunched, which now, looking back, we can say they both safely have.

A monster budget, kind of unfaithful but bad ass retelling of Homer’s “Iliad” about the 10 year trojan war…

Filming took the better part of a year. The end result…

The word epic is overused.

So I will say A Fucking Epic, beautiful, boundary pushing film the likes of which we will see fewer and fewer of as computer begin to take over the planet.

Say what you will…

I
Fucking
Love
This
Film.

Brad plays Achilles, the master warrior that cannot die as he was born of the gods (so they say)
He does have one vulnerability, and thats…come on man.

The back story is as follows, and again, this simply isn’t historically accurate characters and events appear out of order to present us with a powerhouse film, but the Trojans and Greeks have been at war for…
I don’t know
A while, years, century maybe…

A truce is formed, finally, the Trojan kings sons dine with the Greeks…
But there is a woman that the younger trojan prince, Paris, cannot live without…this is Helen.

Small problem, Helen is the wife of King Menelaus of Sparta, the man they have just forged a peace with…

But Helen and Paris have fallen madly in love, and when Paris and his noble older brother Hector sail back with their armies to Troy, Paris reveals he to his older brother that Helen has hidden on the ship to be with her love.

They arrive in Troy and Helen becomes Helen Of Troy…

The King discovers she is missing, and calls for blood. He goes to his brother, Agamemnon, begs him to rain fire down on Troy for this betrayal and to recruit the mighty Achilles to fight with them so he can have his vengeance.

Achilles fights for no King, but after speaking with his mother, he is told that if he doesn’t go…he will live a long life in peace, but if he does…the world will always know the name Achilles…but he will never come home, he will die in this battle.

Achilles decides to fight against Troy, and to seek immortality.

Brads portrayal of the God Like warrior is spot on, Eric Bana as Hector, excellent, Brian Cox as Agamemnon and Peter O’Toole as King Priam, King Of Troy and father to Hector and Paris.

A scene between O’Toole and Pitt is possibly one of the films greatest moments.

O’Toole is an actor who elevates all around him, incredible to behold.

Paris is played by Orlando Bloom, thats all i’ll say there.

But Helen is played by the ravishing Diane Kruger. Couldn’t have been easy to cast Helen Of Troy, the woman who’s beauty had launched a 10 year battle that lived on for thousands of years, but one look at Diana, and you get it.

Brendan Gleeson plays a heartbroken and furious King Menelaus…and he is, as always, rock solid.

Below is what the internet offers.

Now they have released a directors cut since the films release, No.

Seek out the theatrical cut, much better, but either way, get the Blu-Ray and kick the sound.

Wait for the scene where Achilles stands outside the gates of Troy, seeking vengeance against Hector.

TROY | STORMING THE BEACHES OF TROY “IMMORTALITY…TAKE IT, IT’S YOURS!” 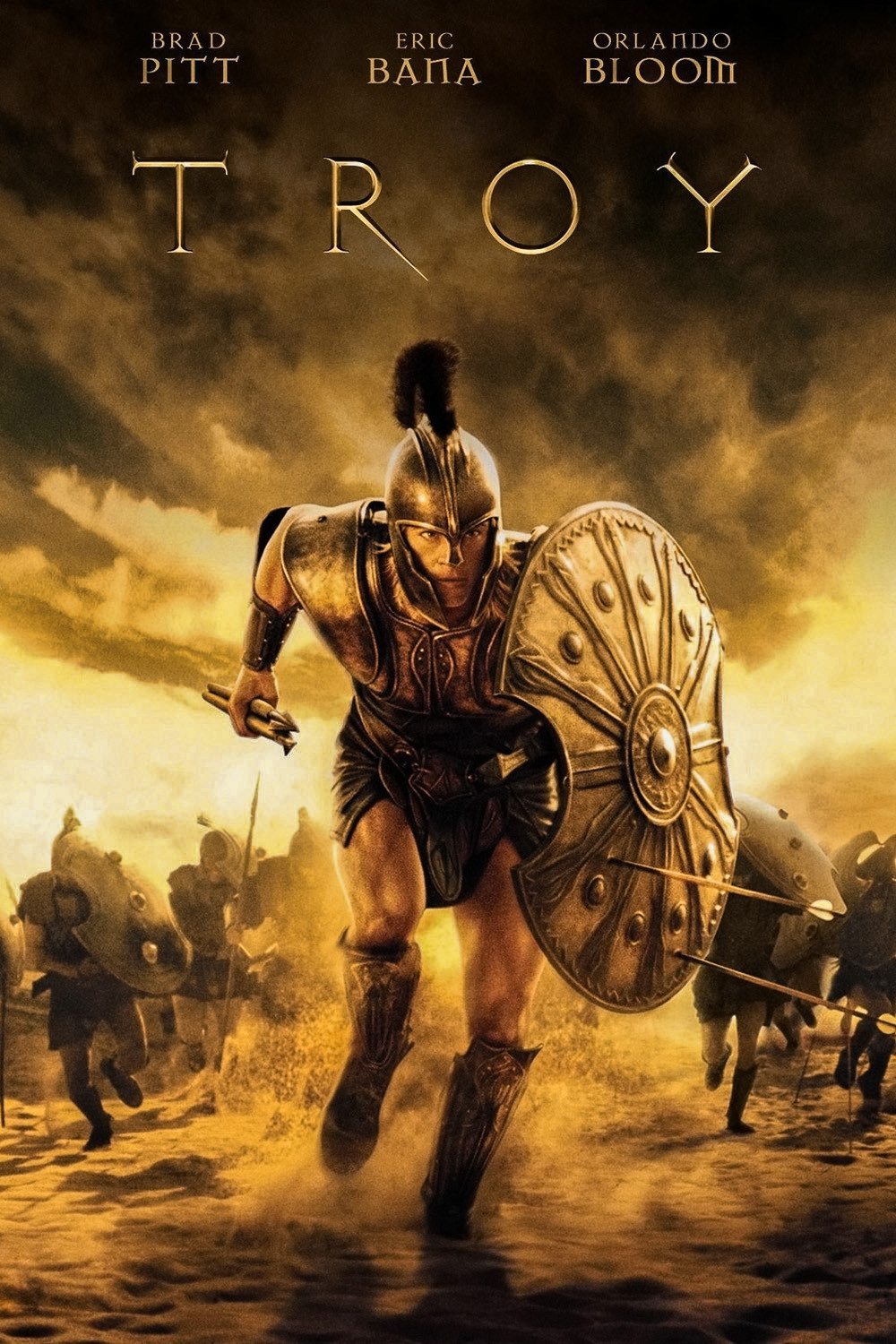 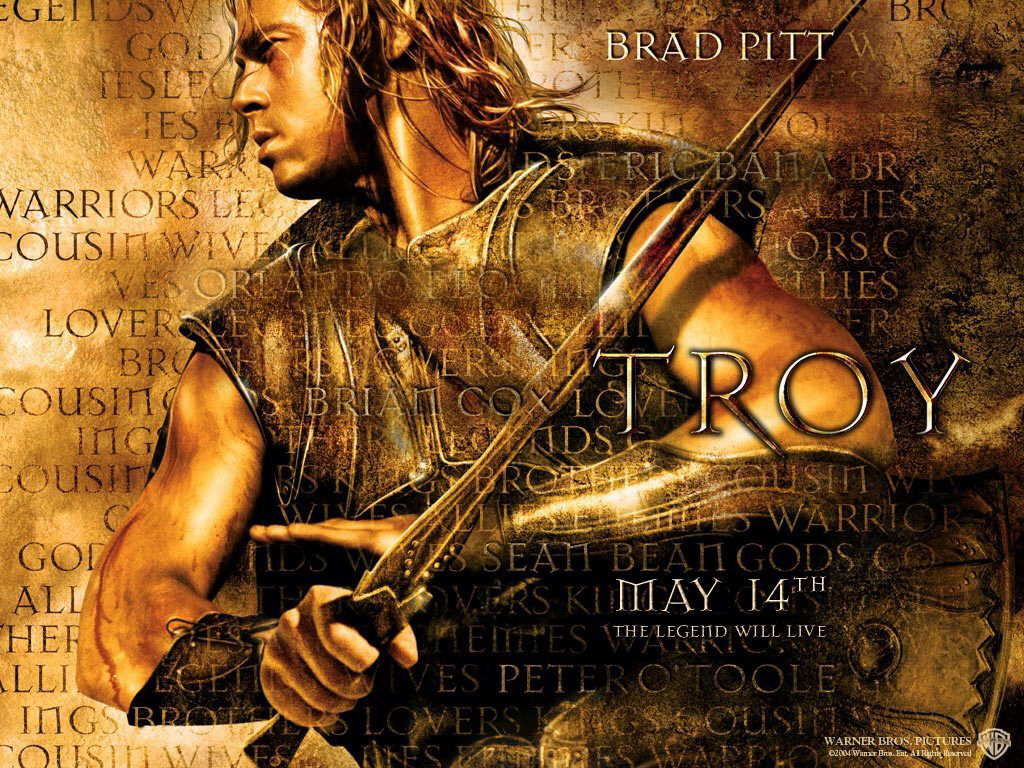