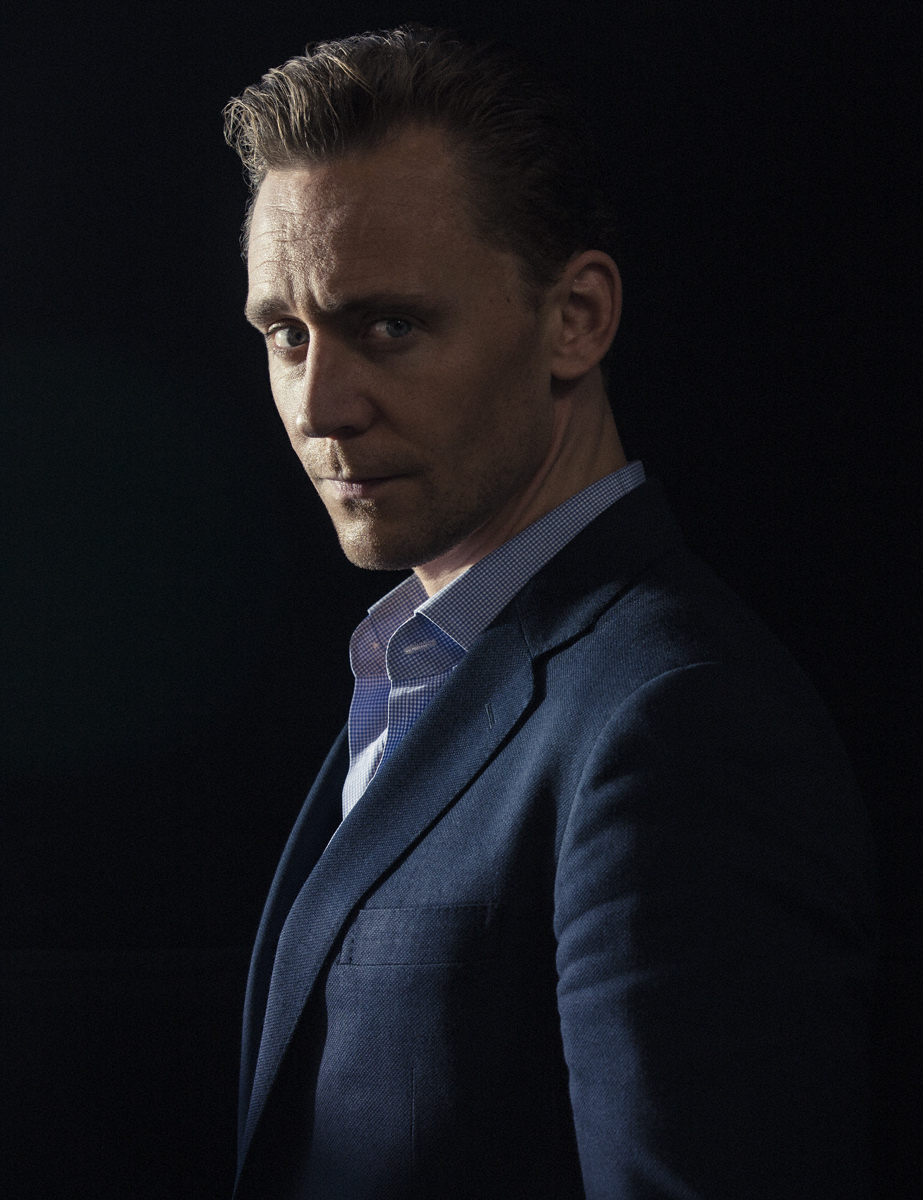 “The Rest Is Silence.”

This most recent interview made a great impression on me. The piece is something I don’t doubt will resonate with most of you, dear readers. All of us at one time in our lives have been a fangirl or boy; whether it be for a musician, actor, writer, athlete…In this century we enjoy the benefit of advanced technology to provide us the latest information about those we admire.

One particular admirer is paying the ultimate tribute. Marlena W. who resides in Maryland, U.S.A. has taken up the mantle of not only celebrating a particular actor, but also dedicating herself to a very worthy cause. As you will read “Maryland Marlena” is doing her utmost to raise funds and awareness for Unicef UK, a cause championed by a certain actor, Mr. Tom Hiddleston.

I hope you enjoy the read and more importantly, you will be motivated to get involved in this worthy campaign, or one that is dear to you and someone you admire!

A special nod of appreciation to Jenelle Riley (@jenelleriley) for making this happen. I donated $20 in your honor!

I usually ask my interviewees what she/he dreamed about being when growing up. But, that seems a bit intrusive since we just ‘met!’ I’ll ask instead are you someone interested in fashion; either in the creating or reviewing of it?

I know it seems odd for a person who runs a fashion blog, but I have no real interest in fashion. What I enjoy most is the process of trying to find an item. Suits and red carpet outfits are usually very easy to identify. Tom’s casual clothes can be a real challenge. There are a lot of fashion misconceptions about Tom Hiddleston and his wardrobe. Somebody will post a comparison picture or a joke about him and I’ll be shaking my head at the computer like; that’s not even the same sweater! Those are completely different shoes!

How did you first come to know about Tom Hiddleston and his work? What inspired you to have a Twitter showcasing his fashion style?

I know most people discovered Tom through Loki, (the god of mischief in the Marvel universe) but the movie that made me a fan was The Deep Blue Sea. I still think Freddie Page is Tom’s best work on screen to date. I became Hiddlesfashion accidentally. Back in 2015 Tom Hiddleston was doing a lot of appearances because he had three films coming out around the same time (Crimson Peak, High-Rise, and I Saw the Light). He was always pictured wearing this coat that I absolutely loved, but it wasn’t listed anywhere- what brand it was – so I decided to find it myself. In the process of trying to track down that one coat, I ended up finding a bunch of other items Tom wore then it just kind of became my niche.

Can you tell us a little bit about Mr. Hiddleston’s work for Unicef and what drew you to become involved?

Tom Hiddleston has been an Ambassador for Unicef UK since 2013. He went on his first mission to Guinea, and has subsequently visited South Sudan several times. Tom also has worked to promote education for children in crises and filmed appeals for famine relief. I think only he is qualified to answer why he chooses to work with Unicef UK, but I do love this quote Tom gave during a BBC News interview in 2016: “I hope that I can give those children a voice. I’m lucky enough to have a platform where certain people – some people, not all people – want to hear what I have to say. So, I want to use that platform to stand up for the most disadvantaged children on this planet because nobody else is going to.”

I started fundraising in December 2016. That same year Tom had done a lot of work with Unicef UK, specifically in South Sudan, and I was really inspired to help in whatever way I could, but I was still fairly new to the fandom. There’s a group called HiddlestonersHaveHeart and I hosted my first raffle/fundraiser for Unicef UK as a part of their (Tom Hiddleston) birthday drive. I’ve since done further collaborations with MintMintDoodles and Toms Midgardian Army.  Tom inadvertently was a huge part in the first raffle being successful. That January, Tom won a Golden Globe and dedicated his award to Aid Workers. There’s also a part in Tom’s post-award interview where Jenelle Riley (editor for Variety) mentions to him that they had a $20 bet and she would be donating it to our fundraiser.  Tom received a lot of negative criticism for his speech from trolls but it really really really inspired a lot of people to donate. We received £1,000 in new donations within 24 hours of his speech, and over £14,000 in donations by the time the raffle ended. I could barely keep up!

You have accomplished an amazing amount of funds for Unicef. How much time to you spend working on this project?

Over £28,500 has been raised for Unicef UK from our raffles in under 2 years! I spend several weeks pre-planning and coordinating with Unicef UK, Justgiving, prize donors etc. I know that Tom Hiddleston fans are usually reported on in a negative light, but we are really made up of the most generous people. I’ve found the fans are generous with their money in donating, generous with their time in spreading the word, and generous with donating items for the raffle prizes. I have a queue of over 100 items people have sent in! The grand prize in our last raffle was a programme signed by the entire cast of RADA’s (Royal Academy of Dramatic Arts) Hamlet For those who may not know Tom Hiddleston did a very limited charity performance of Hamlet at the RADA in 2017. As far as I know there have been only two cast signed programmes made public, so this was an incredibly rare and exclusive item. The winner, Janice, actually donated it back so that we could use it again in a future raffle!

Can you give us some insight into Mr. Hiddleston’s next Unicef project and how you will be fundraising around it?

Ah, I wish I knew more. Tom Hiddleston has been working on a documentary about South Sudan since his first visit in 2015. There had been a post from one of the producers that the documentary would be released in late 2018, but I checked with their team and was advised that the documentary most likely won’t be coming out this year. South Sudan is the most dangerous country in the world for aid workers, so I’m sure it’s very challenging to get the access they need. I’m very excited to see the final film.  Hopefully it helps to give the situation in South Sudan the attention it needs. I can count on one hand the amount of times I’ve heard South Sudan mentioned in the news here. We certainly have big fundraiser plans for whenever they are finally ready to release it!

You can now order my cover of the Chris de Burgh tune, “Quiet Revolution.” It was recorded to celebrate Tom’s February Birthday.  ALL sales of the downloads will go to Unicef UK in Tom Hiddleston’s honor. I hope you will enjoy the song. It was a labor of love.

This item is unavailable | Etsy

Today marks seven years since South Sudan declared its independence. That sense of freedom was short lived as a civil war broke out two years later and continues to this day with horrifying consequences to the civilians living there: 5.7 million don’t have enough food to sustain themselves, nearly 4 million are displaced, 70% of children are not in school, and 19,000 children have served as armed combatants or support staff.

I’m donating the $$ to UNICEF per @HiddlesFashion’s suggestion. #GoldenGlobes https://t.co/f5Ez6oTBmH

the story behind this moment in the Golden Globes press room after Tom Hiddleston won: I told Jenelle Riley (Variety) about our Hiddlestoners Have Heart fundraiser for Unicef UK and she told me about…

I Am Burdened With Glorious Purpose… for UNICEF UK

Team Hiddlestonian is fundraising for Unicef UK. Donate on JustGiving

Today marks seven years since South Sudan declared its independence. That sense of freedom was short lived as a civil war broke out two years later and continues to this day with horrifying consequences to the civilians living there: 5.7 million don’t have enough food to sustain themselves, nearly 4 million are displaced, 70% of children are not in school, and 19,000 children have served as armed combatants or support staff.

The greatest part of being a Tom Hiddleston fan is that we have the most generous fan group in the world! Tom’s fans have raised nearly £100,000 for various causes close to both his heart and theirs. Tom has been a passionate supporter of many causes over the course of his career.