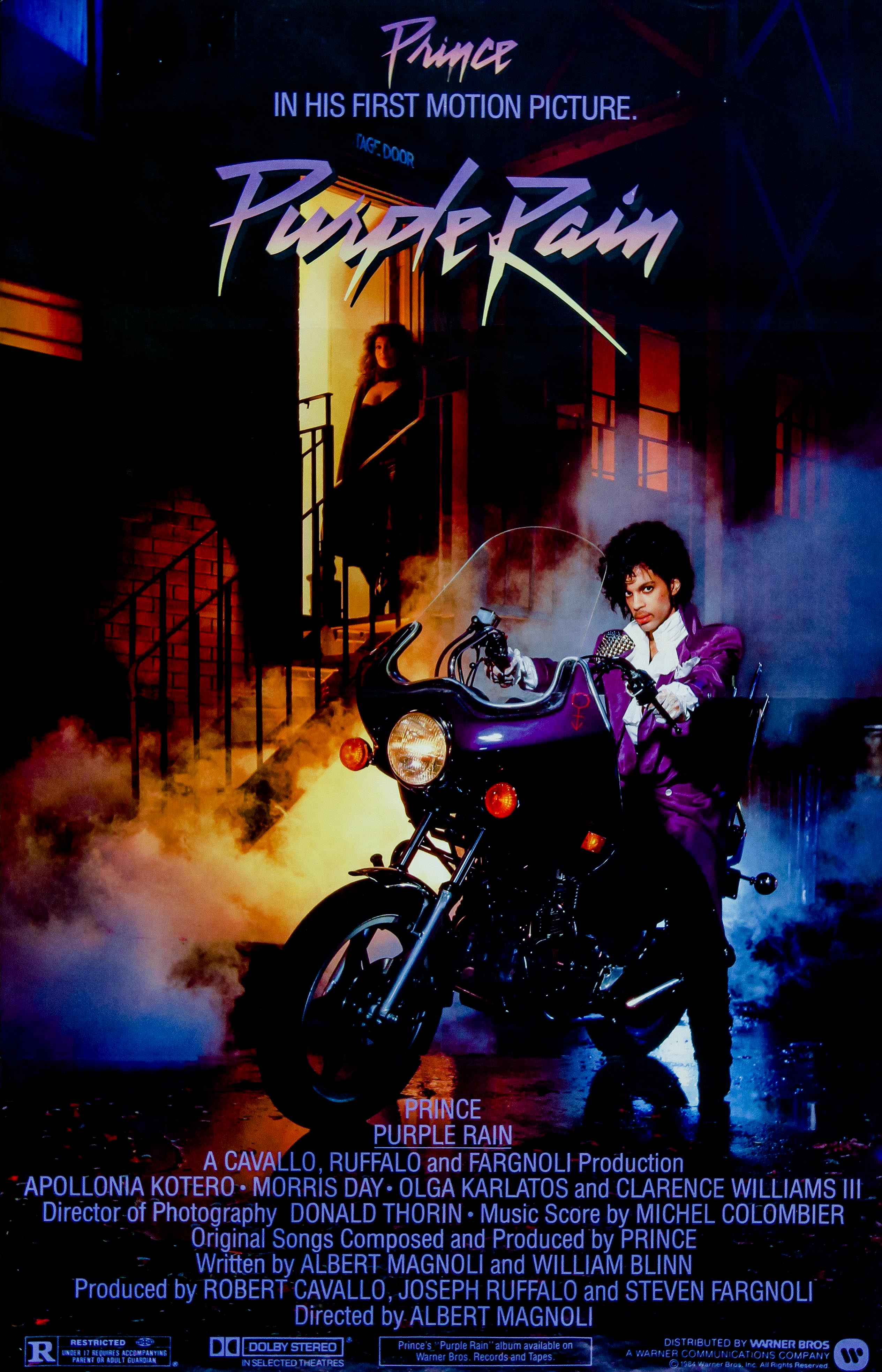 First off, a masterpiece.

Now, I didn’t like Prince much when I was young, primarily because I fucking hated “When Doves Cry”.

If you were alive and conscious in 1984 like i was, even though i was a little 9 year old punk at the time…we (my brother, Derek & I) watched A LOT OF MTV.

It was constantly on, I’ve talked about this before as I’m sure my million of imaginary VoicesFILM soldiers will recall from my “The Era Of Madonna” article.

Then Prince enters the MTV Top 20 Video Countdown sitting naked in a steamy bathtub with doves all over the place and we were slammed with “When Doves Cry” for the next 8 God Damn Months.

I thought it sucked.

I no longer think it sucks.

I, in fact, think his vision is genius. I think he is (was…this was written 1-2 years prior to him passing…Rest In Peace Prince) a genius.

Now the song alone…When Doves Cry…so I heard a copy of the “Purple Rain” soundtrack from HDTracks.

Brother Sunthar and I were discussing one night a few weeks back as we sat on the beach in Saint Lucia, going over our favorite music.

He read this article…and took issue with my not giving Doves credit.

He brought up the finale…which I have grown to be, just in awe of, and we both reveled in the free style brilliance of the song.

Sunthar. My brother, I love you.

Then the video for “Let’s Go Crazy” came out.

There was footage from the film in it, dark unmistakably 1980’s film stock. Woman, sexuality and its rocking’.

I was very aware that the film “Purple Rain” was rated R, and at that age I imagined some sexy Prince groupie girl fest with naked boobies and violence that made my stomach sink.

Years later, I heard the unedited song off the album with the full uncut opening monologue.

I was in my teens at that point and I developed this newfound respect for the song and the artist currently known as Prince (that’s accurate right? He’s Prince again, isn’t he?)

Anyway, he talks of heaven, the afterworld…it’s actually incredibly spiritual and it spoke to me.

I was impressed with him and the song, but the message at the beginning some to me. The song has held a special place in my heart since.

Tonight I watched the video again for the first time in probably 25 years…and I flashed back to being a kid sitting Indian style in front of the TV stating at the images in the video. At the choreography, the policeman dancing in the smoke across from the stage, just random. Excellent.

Director Albert Magnoli realized the vision Prince had for that film, which is now remastered and looks gorgeous in HD.

It made Prince look like the coolest guy on the planet.

Or maybe he was the coolest, baddest celebrity on the planet at that time?

To my younger soldiers, this may be mindless garbage, but to the members of the Voices FILM army that are my age and remember this period in the 1980’s, it was a period of reckless abandon, excess, glossy sexy videos on this new MTV channel. Decedent rockstars creating 5 minute films for their songs.

If you remember 1984, and you loved Pop music, these videos may make you smile like they did me.

And don’t forget troops…he got the fucking statue…