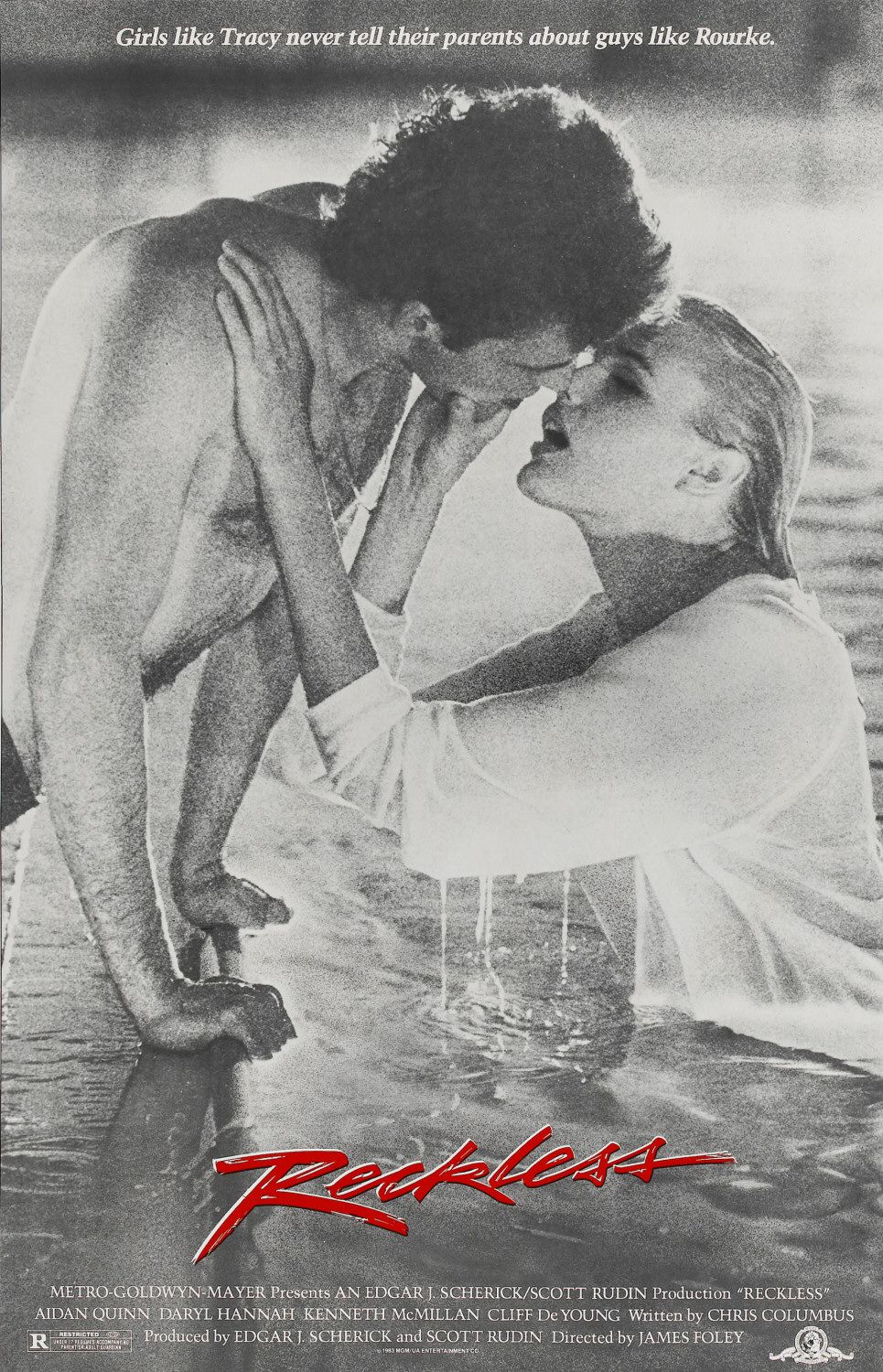 So the thing about Reckless…is that it’s gasoline
⛽️
drenched
awesomeness.

Shot in 1983, released in February of 1984, it has a familiar storyline used in countless films over the decades:

Opposites socially and economically,  their spirits are kindred and romance explodes.   (Gasoline Drenched)

The thing Reckless has over its cinematic counterparts is:

It’s those elements that I feel make this an above par movie that shouldn’t be ignored or forgotten. It deserves a chance. It’s alive, raw…and it works.

Seek it out  Watch it.

The second scene is probably why you know the song “Kids In America” by Kim Wilde.

Scene One: Reckless – The Dance:
Tracey and Rourke are paired up and made to attend a school dance togther, against their wishes.

Scene Two: Reckless- Kids In America:
Tracey and Rourke break into the school after hours, Rourke is breaking Traceys walls down…Tracey is opening Rourke’s heart up.