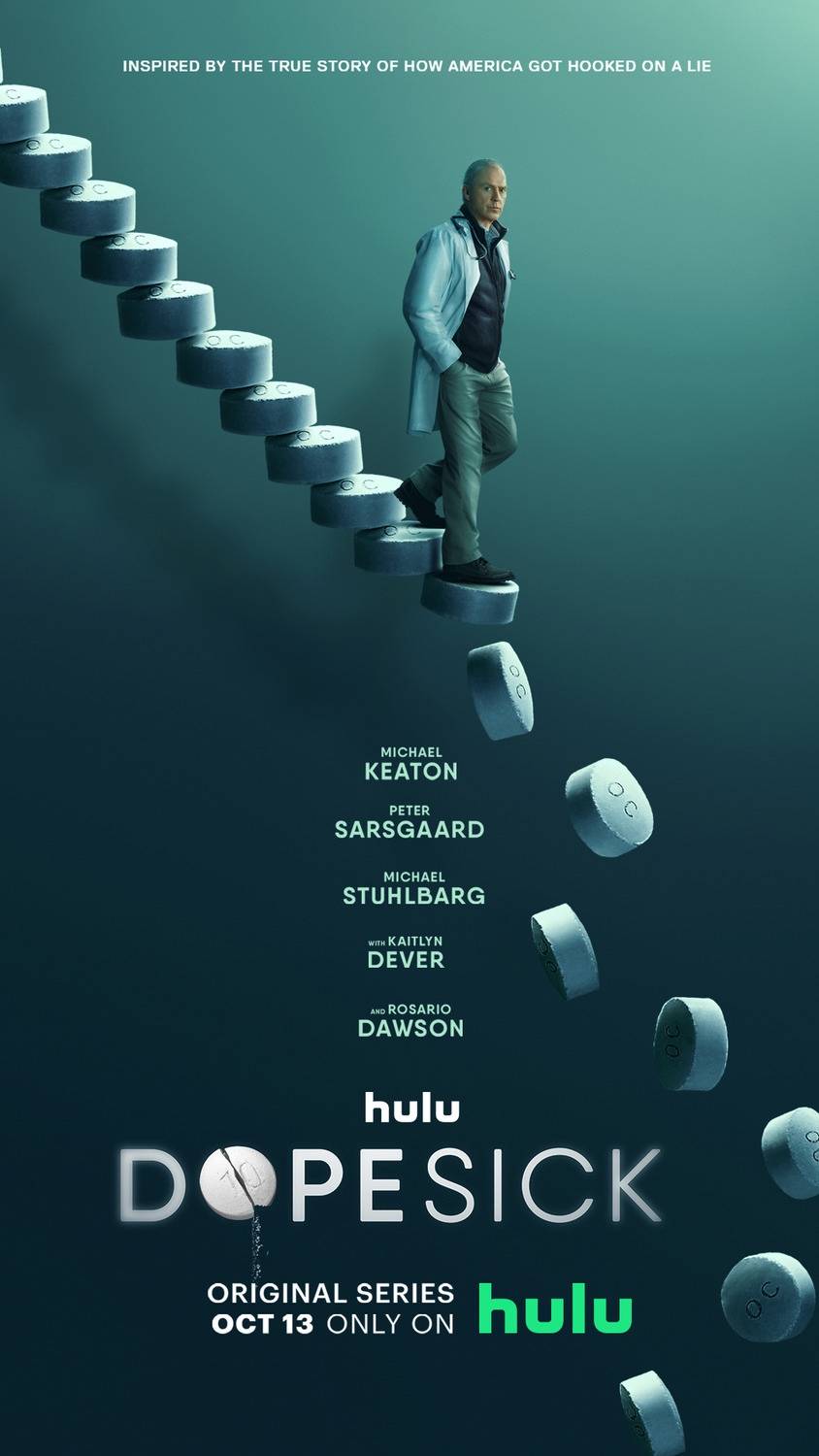 I cannot say it strongly enough,..

it’s disgusting to watch the greed. The story is put together so well. From all perspectives.
The doctors (Keaton) who are lied to by the sales reps and tricked into prescribing this new “miracle time released opiate “ #OxyContin
To the counties where the drug was first released
To the DEA agents who detected an oncoming epidemic and fought like hell to stop it (Rosario Dawson)
To the justice system who tirelessly investigated (Peter Sarsgaard)
To the sick sociopaths in big pharma (the always amazing Michael Stuhlbarg) who conceived of the drug and profited on its mayhem to make billions.

To the sales reps that were excited at first, then forced to watch the product they were making millions off of killing people (Will Poulter)

To the patients ( Kaitlyn Dever) who needed to work through the pain of hard labor and got so hooked on OC that they couldn’t afford, they switched to heroin.

I feel like it’s not being spoken about enough. I’m not surprised. Just wait until award season.”