I have finished the first episode of season 2.
The following 2 thoughts raced though my mind.

Slick. Rock and roll. Gasoline. It moves like a runaway train.
Better do your homework on season 1 before you start.
No spoon feeding here.

Waiting the entire episode for Kevin Spaceys Frank Underhill to turn around and look at us.

He doesn’t. Not till he’s done with his agenda for episode 1.

A few times during the episode I was reminded of the harshness of the characters that we had become familiar with from season 1. But this season already, in the first 60 min episode, packed more of a punch than any episode from last season did.

The sign of a great show. One that improves. Refines itself. Becomes more confident in the storytelling and world in which the story takes place.

And the actors are now much more familiar and comfortable with their characters.
This is long format storytellings greatest asset over film. We’ve already spent 13 hours with these people.

A 2 hour film may have taken more time to film, and we would only see a fraction of the work.
Here we can relish in the writing and production of this show that had become meaner, leaner and much more delicious.

There is a ruthlessness to the core characters, but what I have noticed as you will most likely , is that this is no longer a one man show.

It’s, as the ads suggest, now a family affair.

They have patched up their differences, and are preparing for war.

Turning in bad ass performances, delivering…once again…razor sharp dialogue which I would gladly quote but I don’t want to spoil the shock value…
Listen.
I’ll update more as I go…but I’m not only glad to see it come back,
I’m impressed at how something so damn tight…
Just got tighter. 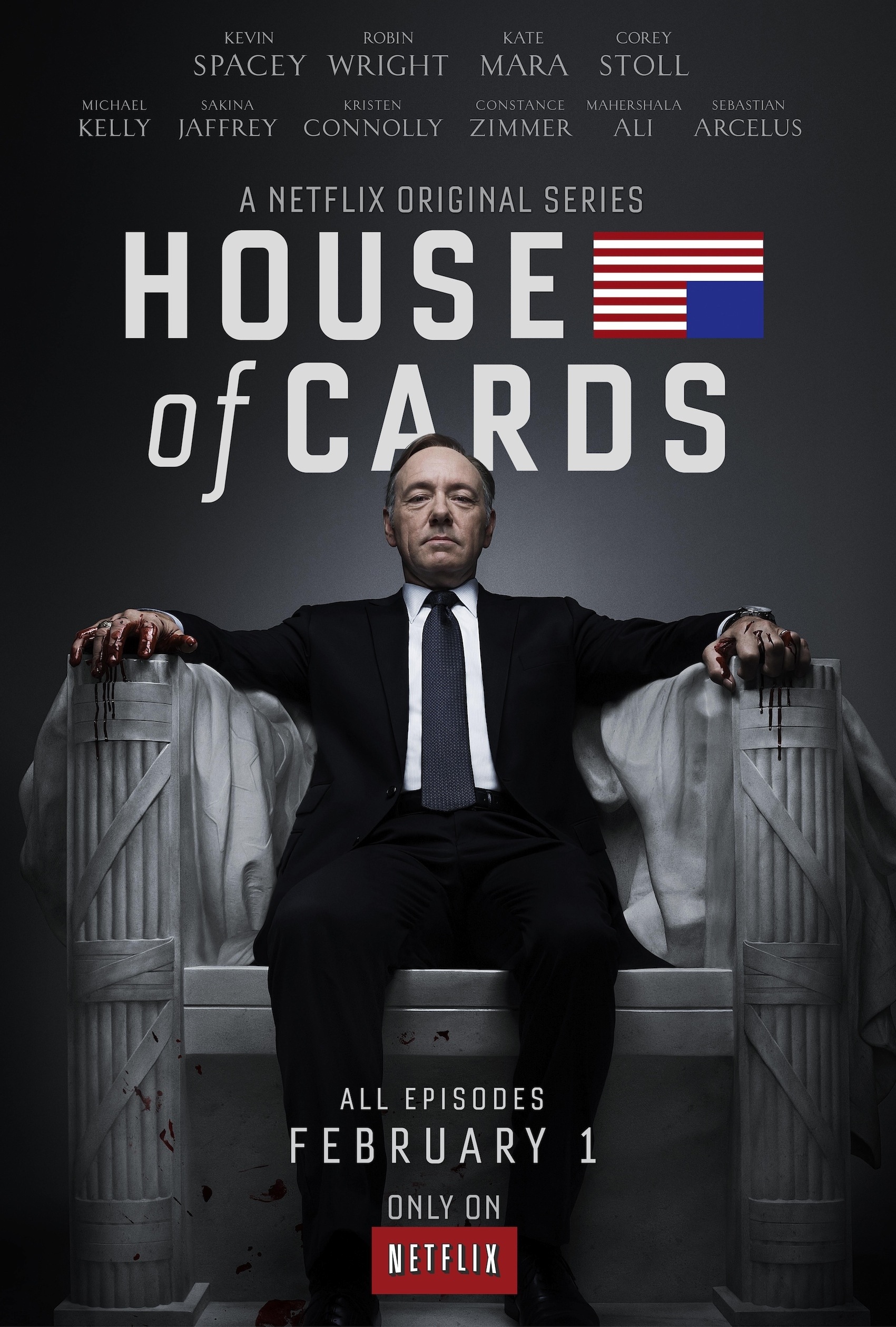 I walk away from watching the second season of the brilliant Netflix series “House Of Cards”, and immediately I wanted to write about supporting actor Michel Gill. He did an amazing standout job playing the role of Garrett Walker, The President of the United States.

There are some simply incredible performances throughout this series.

Spacey is more at home this season, but he was on point the first season also….as was Wright. Here, they are now a combined force. They are Fierce, loyal to each other and, now that they have aligned forces, they are deliciously wicked. The ultimate deceivers, zero emotion…they know exactly what’s needed to accomplish their goals.

You wonder as you’re watching
“Are they toying with everyone??”

Yup. That they are. No one is safe. They know what path they want to walk, and they know they must spill much blood to get where as they need to be.
Their inner circle is tighter this season. It consists of 2 people other than themselves, then a third late in the season.

Is his response to anything Frank asks of him.

But to others, no mercy.

And finally there is Nathan Darrow as Edward Meechum. Frank will have no other man on as his security when elected as VP. Meechum is not secret service…which Frank and Carrie are now required to have with them at all times. Frank therefore demands Meechum is allowed to fast track secret service training to be on his detail. Meechum is dedicated to the Underhills.

Mahershala Ali as Remy Danton is strong this season, along with Molly Parker who plays the new Whip Jackie Sharp. Tough and strong female roles here. Refreshing to see.

Then there is Gerald McRaney as billionaire businessman and president Walkers confidant Raymond Tusk. He gets a lot of play this season also, he is the man that Frank must get the president to distrust to enable Frank to work his wicked magic on the president.
Sebastian Arcelus plays Lucas Goldwyn again, and this time he is gunning for Frank trying to bring him down.

He goes through hell, and Sebastian does a great job of portraying the madness, a madness incurred by trying to outfox the king fox.

Sakina Jaffrey plays one of my favorite characters in the show, Linda Vasquez. We remember from season 1 that Linda is on to Franks ways, but he seduces her and she owes him now, which he profits from greatly. The acting she does is heartfelt, honest and intelligent. I would love to see her, and most of the cast, in more.

I’ve seen Terry Chen a lot this past year in elegant and compelling “Bates Motel” and then in one of my new favorite shows “Continuum”. I was happy to see him here, playing against type as Xander Feng (I just decided Xander is one of my favorite names). A corrupt billionaire from China who becomes essential to Franks plans…Chen does an impressive job here, especially if you have seen him in other roles. Here he can put his intellectual side into this character. An intellect that seeped through in his other roles, but he was never able to fully demonstrate until Xander came along. Watch for Terry, in reckon he will begin to blow up.

The cast is diverse and it’s another reason I applaud this series.

Gill has an amazing command of this role, Whether he must stand up to Spacey or the other members of his administration, or when we watch Frank ruthlessly seduce him into believing they are becoming friends…it’s Gills performance that must be convincing here for the this entire season to work. And watching him transform throughout is marvelous and commendable. It’s a testament to the fine, oh so very fine acting on hand here.

Gill does a sensational job of making us forget that we are supposed to be rooting for Frank, I think, because we begin to care for him. We start to see why this character was elected In The first place and we I wished we had a president that was as honest and goodhearted as the president that Michael Gill offers us. That we become compassionate for him. How strong his performance here is.

The production is top notch, the show looks beautiful in 1080P…and season 1 shines on blu-ray

It’s important to remember why Frank is out for blood in the first place.

After everything is said and done, it’s Frank being passed over for a promotion at the beginning of season 1 that is still fueling his and Clare’s assent. They are master calculators by the surprising and satisfying end of this season.
There are many bodies behind them when they are through.

Netflix and the producers broke new ground by releasing the entire season 1 on one day in February 2013. They did with season 2 and bravo to them for seizing the moment and giving the audience what it wanted.

It allows for all of the fine work to be taken in uninterrupted week to week. If you’re like me, you’ll find you’re unable to stop watching episodes of this one. As soon as one finishes you have to put the next one on. It’s so damn good and tight, I couldn’t stop because I was relishing in the polished storytelling happening here, the sharp dialogue, the wonderful wonderful performances.

This show is a treasure. More than that, it is a milestone, a landmark, it serves as an example of where the “Television Series” has gone. This series, like many of the great series today, demonstrates how far television, long-format series have come and why the best artists, the most talented artists, the most respected artists are flocking to the television series/cable series/network series now.

A diverse cast.
Immoral main characters.
Strong female roles.
Not spoon-feeding the complex story to the audience, but instead challenging them.

Bravo and thank you to all