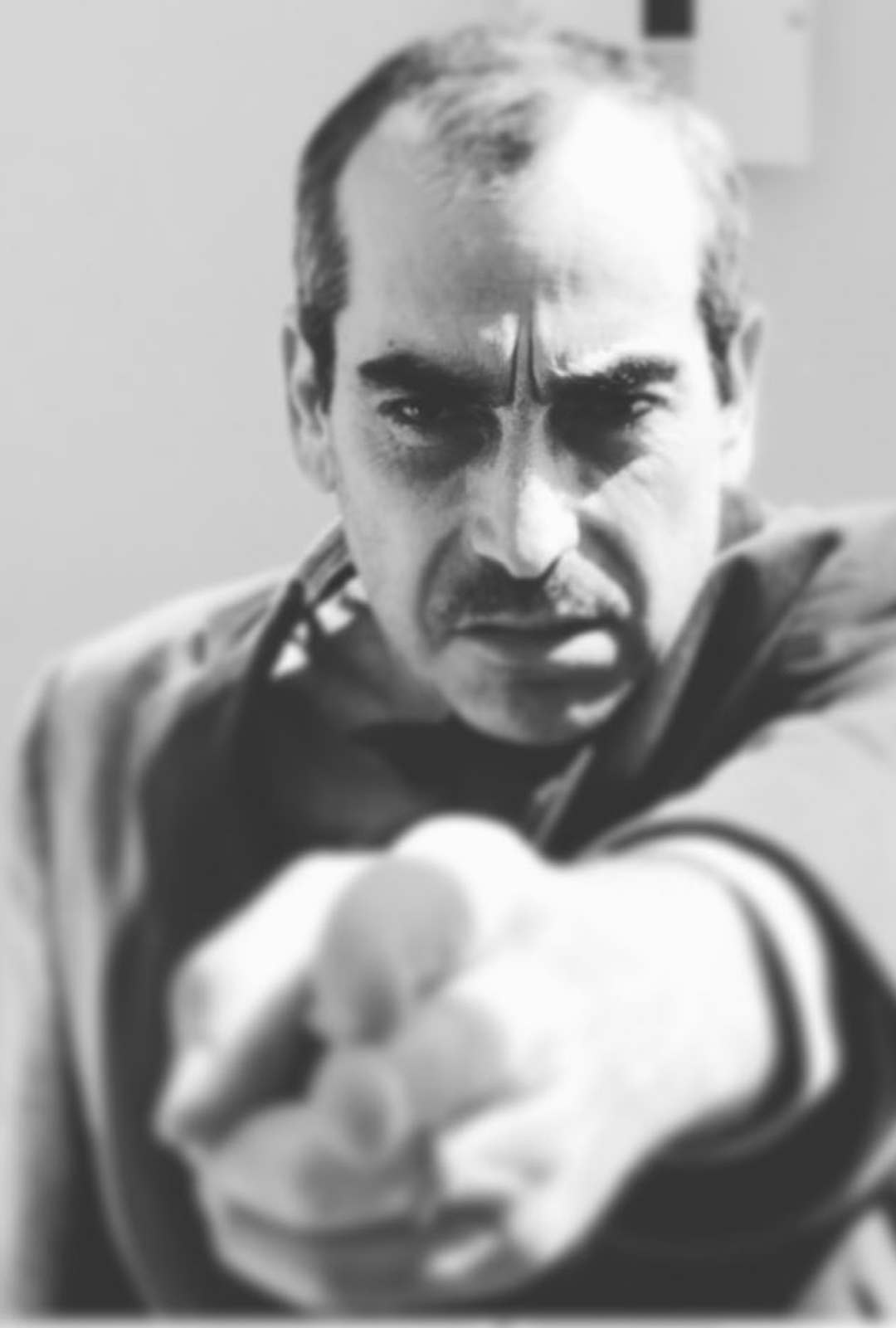 Laurent C. Lucas is a most interesting person with his dark, brooding, expressive eyes. It’s no wonder he possesses a breadth of acting experience. He has the kind of face you want to watch, and an expression that makes a person sit up and take notice. 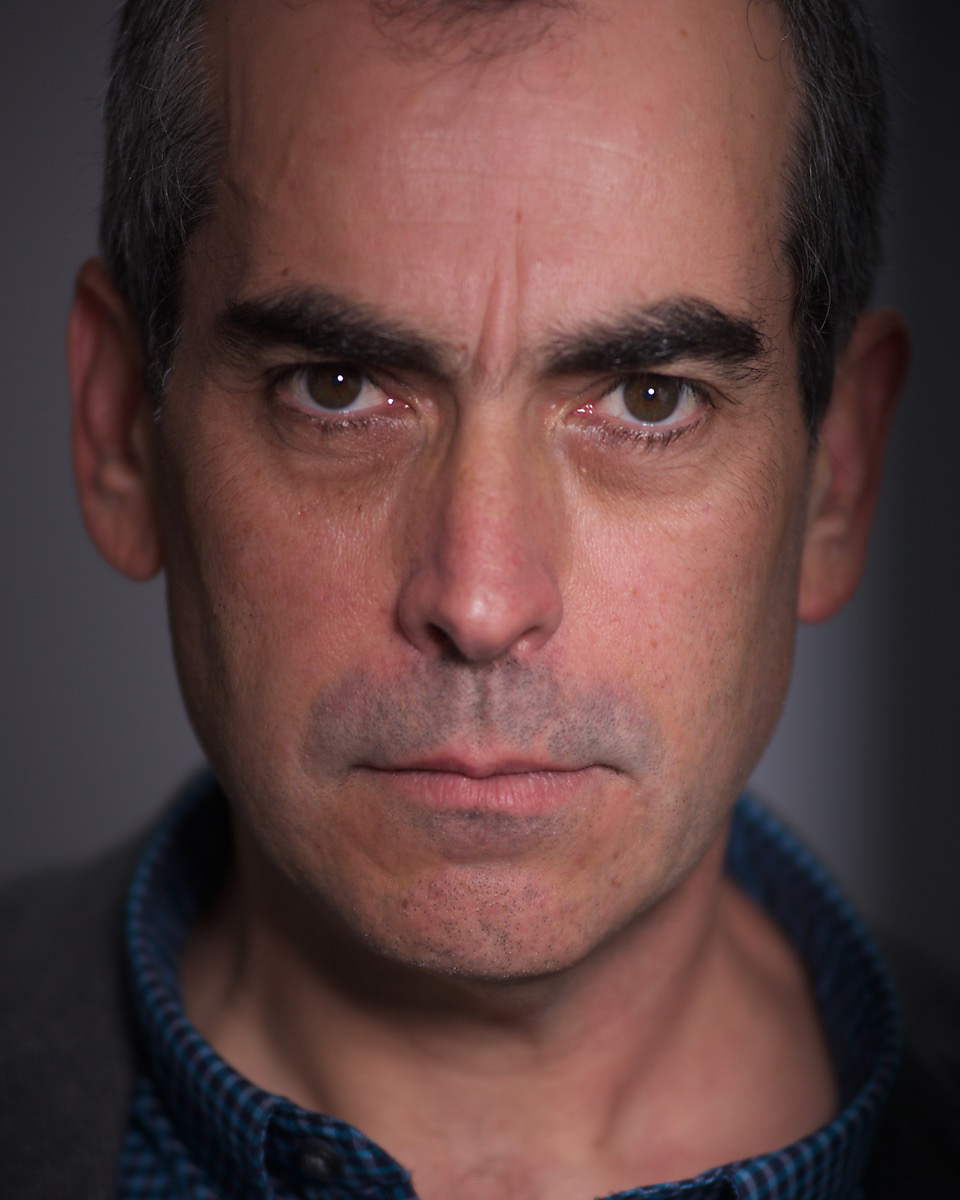 Born in France, Lucas moved to England to pursue a career that was not in acting. But, as Lucas states, he met a girl, fell in love and took up acting.

Doesn’t that sound like a story-line for a great film?

Lucas discusses the ups and downs of the trade and the rewards of fighting the good fight.  I know you will enjoy this interview as much as I did. Feel free to look up Lucas at any of his contact sites.

Laurent C. Lucas: Well I think that’s roughly when my love of acting started, through our local kids’ club. Every year we had to put on a show as part of the annual village fete. I loved being on stage and showing off.

B.D. What prompted you to learn English? I have found that English speaking audiences, (Americans in particular) seem to be afraid of movies with subtitles. Have you found this to be true? 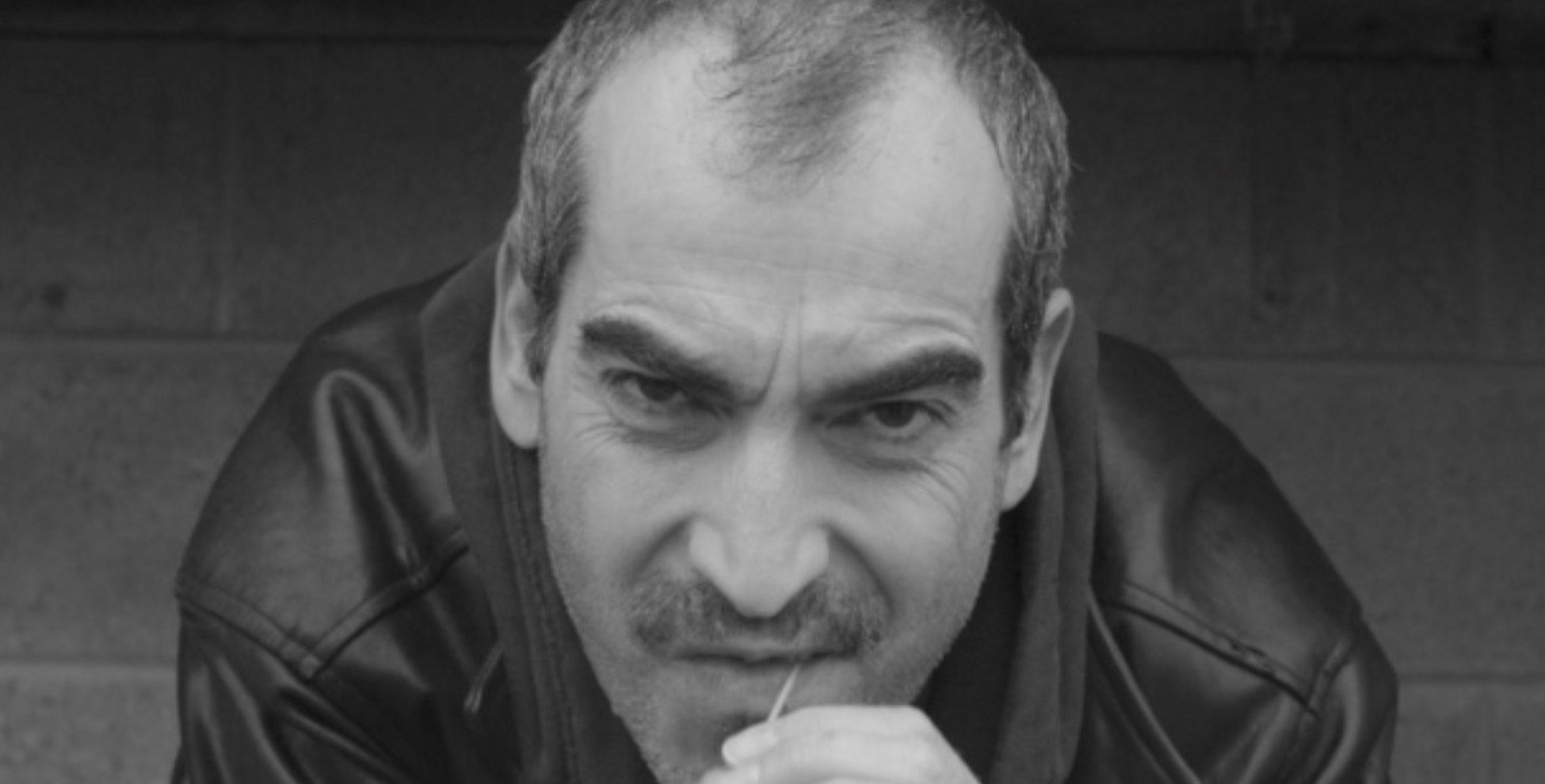 L.C.L. I first learned English at school as part of the standard curriculum from the age of 11, but was never really good at it. But then another profession brought me to England in my mid-20s, and I developed a keen interest in the language. I learned through reading books, watching TV and movies and generally talking to people. I didn’t use a dictionary or grammar book. I learned at the school of life. I also met an English girl at that point, as you do, and we ended up living together, and eventually married. We always spoke English to each other. I’m the same with my acting. I never went to acting school. I learned by experience and watching films and working with directors and other actors. I did quite a lot of workshops too, but I mainly learned my craft ‘sur le tat’ as we say in French.

B.D. Do you see stage acting as being different from film and T.V.? If so, how? 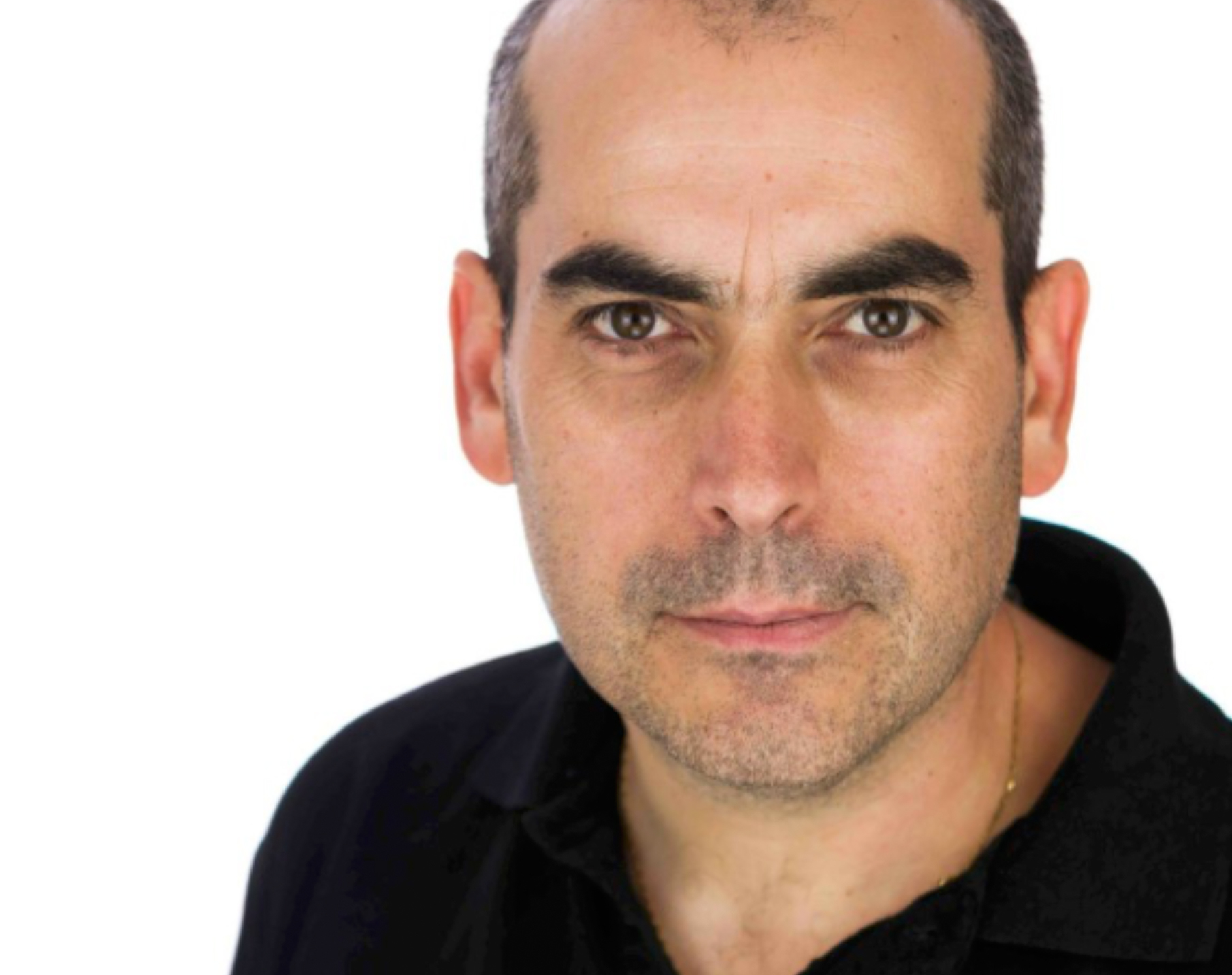 L.C.L. Yes, very much so. I consider myself more of a film actor than a stage actor. I think part of it comes from the fact that I never had formal training. On stage one has to place one’s voice and project to build a presence. Everything has to be amplified; where on film, the camera will catch every subtle emotion and whisper. The camera can be so close to your face for instance, and then the screen will amplify it for the audience, so the actor can be as subtle as he wants, and still the effect will have a full impact on the audience. Also, I love the impact that the scenery, the music, sound effects will have on the finished product in a film. It all comes together to create a piece of art. On stage, additional effects are quite limited compared to films. However, I have just seen a play called Chummy by BAFTA Winner, John Foster, whom I’ve worked with quite a lot in the last few years, and although it was a very small set, they managed to create a great film noir ambiance with the set, music and sound effects. So it does work sometimes, but I think the intimacy of the play ultimately made it work. I think that’s the key word for me actually- intimacy; that’s what film can create, it happens less often on stage, in my view.

B.D. What part of France are you from? 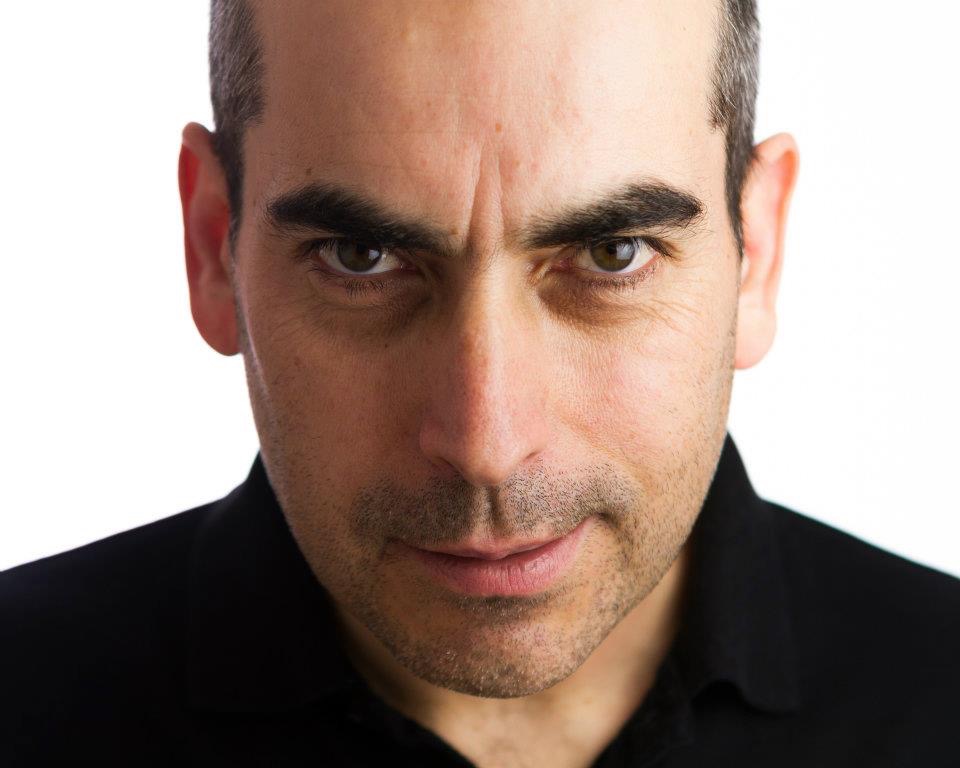 L.C.L. I come from the West, a region called Vendee, very famous for its coast line with very fine sandy beaches. And also having been one of the few regions of France that stayed faithful to the king during the French revolution. It is also home to a multi-award winning show and historic theme park called Le Puy Du Fou. It has been going on for about 40 years, and has grown into a huge production attracting 20000 visitors a night, using 2000 extras, water shows, fire works… It is a very impressive outdoor show. It depicts French history from the French revolution to the 2nd world war through the life of a local family. Definitely worth viewing. People travel from all over France and Europe to come and see it. The theme park offers great historical settings: like a Roman games arena with chariots races, slaves fights, and so on, a middle age set with joisting, and much more. It’s just amazing.

B.D. Did you choose to reside in England because it offers better opportunities for roles? 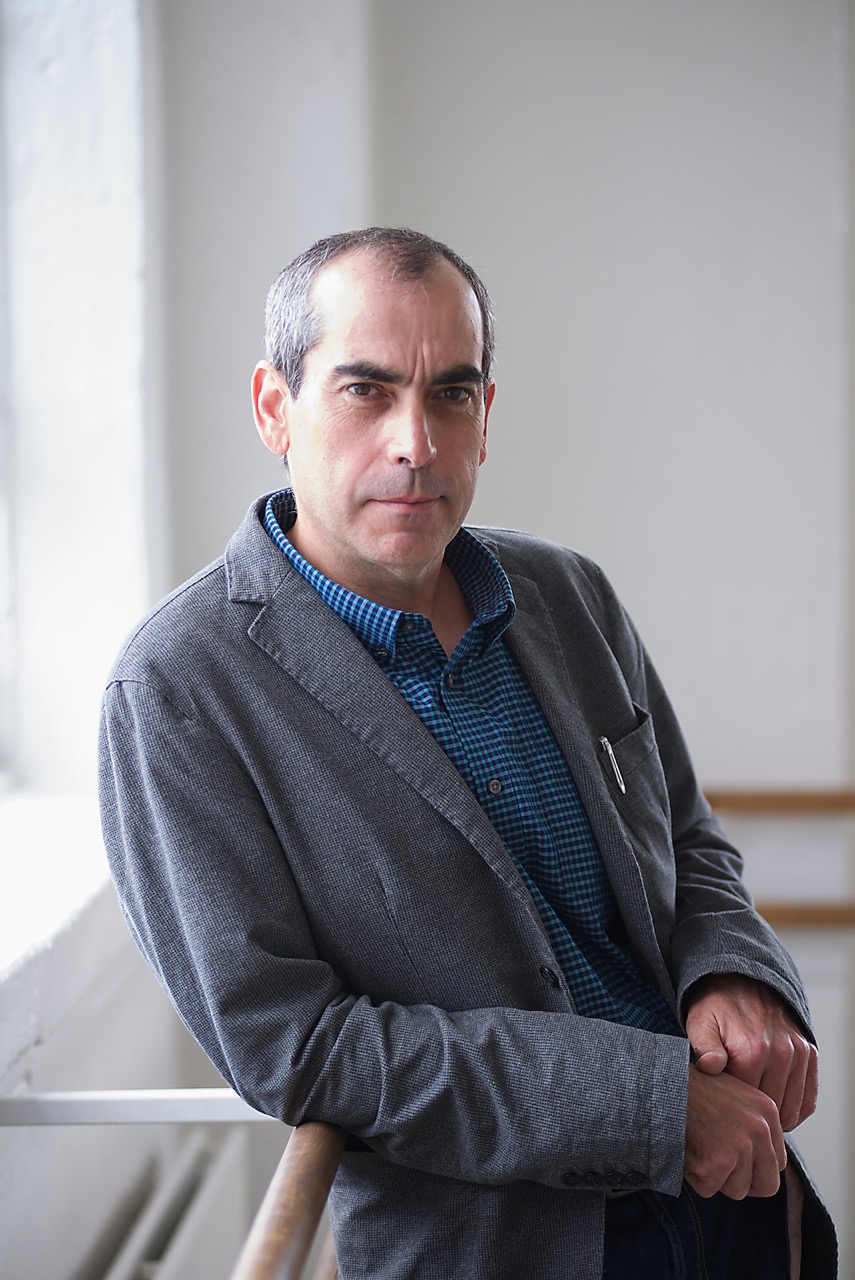 L.C.L. Not at first. As I mentioned earlier I actually came to England through a completely different career path, but found love and stayed and started acting again. But I did decide to stay here to develop my career as I do feel that being here gives me more opportunities as I have a uniqueness that I wouldn’t have in France, and I love speaking English and acting in English. I have been cast in the past for French parts obviously, but more often than not, the part was adapted to the fact that I am French as the director/producer wanted to work with me.

B.D. What are some of the performances/films/productions that have given, or give you inspiration?

L.C.L. There are too many to list here, but it does revolve around a few great actors like Robert de Niro, Al Pacino, John Cazale and Marlon Brando, so The Godfather is definitely one, as well as The Deer Hunter, but also Jean Reno in The Big Blue, Jean Hughes Anglade in Betty Blue, Daniel Auteuil in Jean de Florette and Manon des Sources. Great visionary directors too, Luc Besson (Nikita), Michael Cimino (Deer Hunter, Heaven’s Gate), Martin Scorsese, Francis Ford Coppola, … and any film by Krzysztof Kieslowzky. I like ambiguous characters, films which stay with you and make you think after you’ve left the theatre.

B.D. What is the most challenging aspect of being an actor?

L.C.L. The financial aspect; if you’re not one of the lucky ones who make a decent living out of it, keeping motivated through the down periods and not giving up. It is a very bumpy and challenging career path, with more downs than ups, but it is so rewarding when it all comes together to produce a great piece of storytelling. The other aspect is finding that special state when you feel the character, where you’re ‘in the moment’. That’s one of the most difficult aspects of film acting compared to stage acting actually. On film, there’s a lot of waiting time, and then you get called to do your scene. You have to be in the moment straight away! Then the director will want to do the scene again and again. It can be quite easy sometimes to drift in and out of character. But you just have to trust the director. On stage, the story is told chronologically (usually), once you’re on stage it’s down to you and your acting partners to produce the best performance possible. You can build your character up as the performance progresses.

B.D. Can you tell us a little of what you see happening in your immediate future? 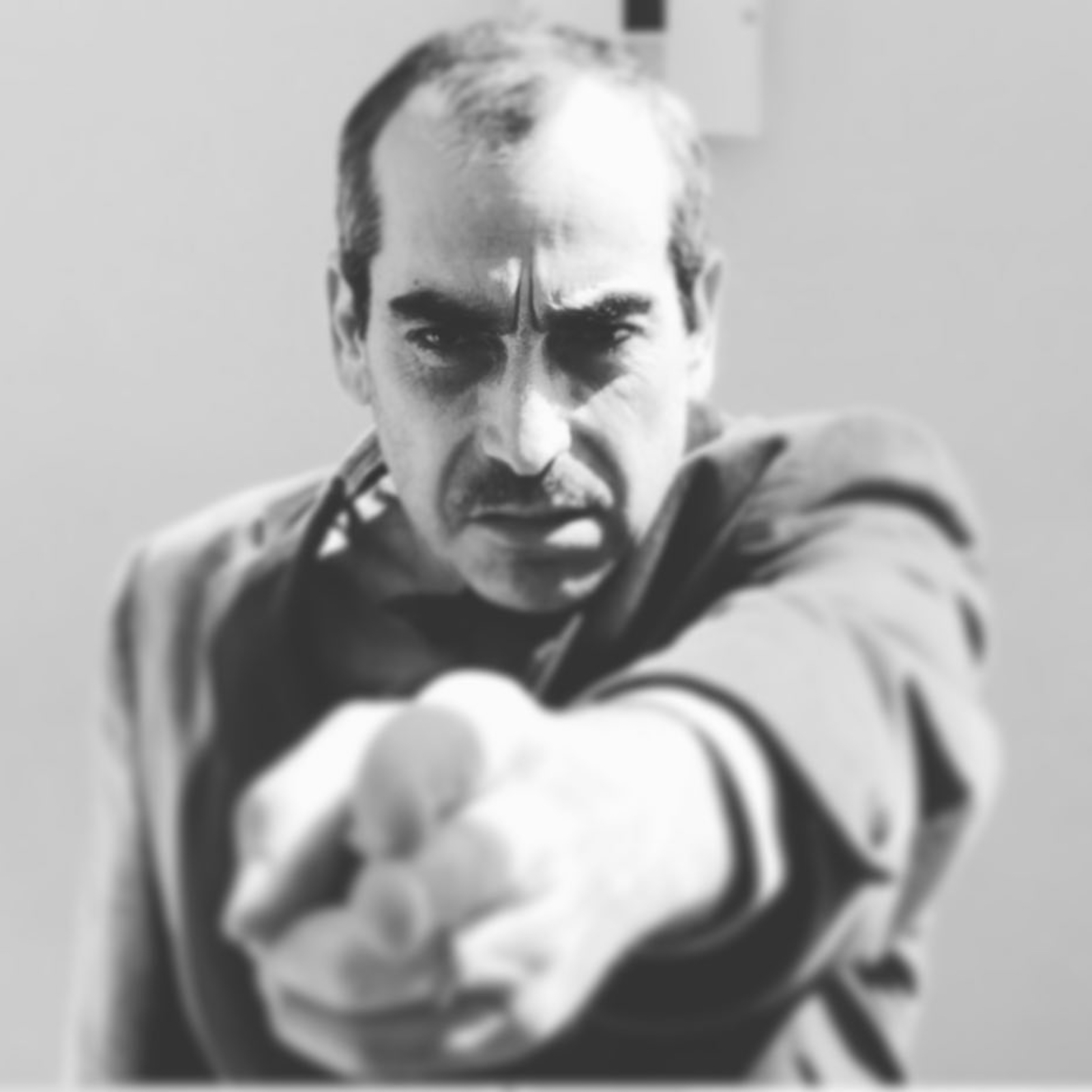 L.C.L. I’ve had a good year so far having played parts in a Feature film alongside Dame Joan Collins and Oscar nominee Pauline Collins, and in the very popular TV series Poldark, so the next job is always the difficult one. I am lined up to play a part in a period feature film drama. Can’t say anymore as nothing’s ever confirmed until you turn up on set, it’s a great project with a director I’ve worked with before, and a good part for me. There’s another feature film project in the pipe line too, and a web series, both awaiting finance. So fingers crossed; this year will carry on bringing me great acting satisfaction!

Please see below to watch Laurent’s showreel, visit his homepage, visit his profile on IMDB & More.

Trying to succeed as an actor is, at best of times, a very bumpy roller-coaster ride with many more lows than highs. Trying to do it whilst mourning the loss of a loved one, your wife, mother of your kids and overall best friend, is emotionally draining.