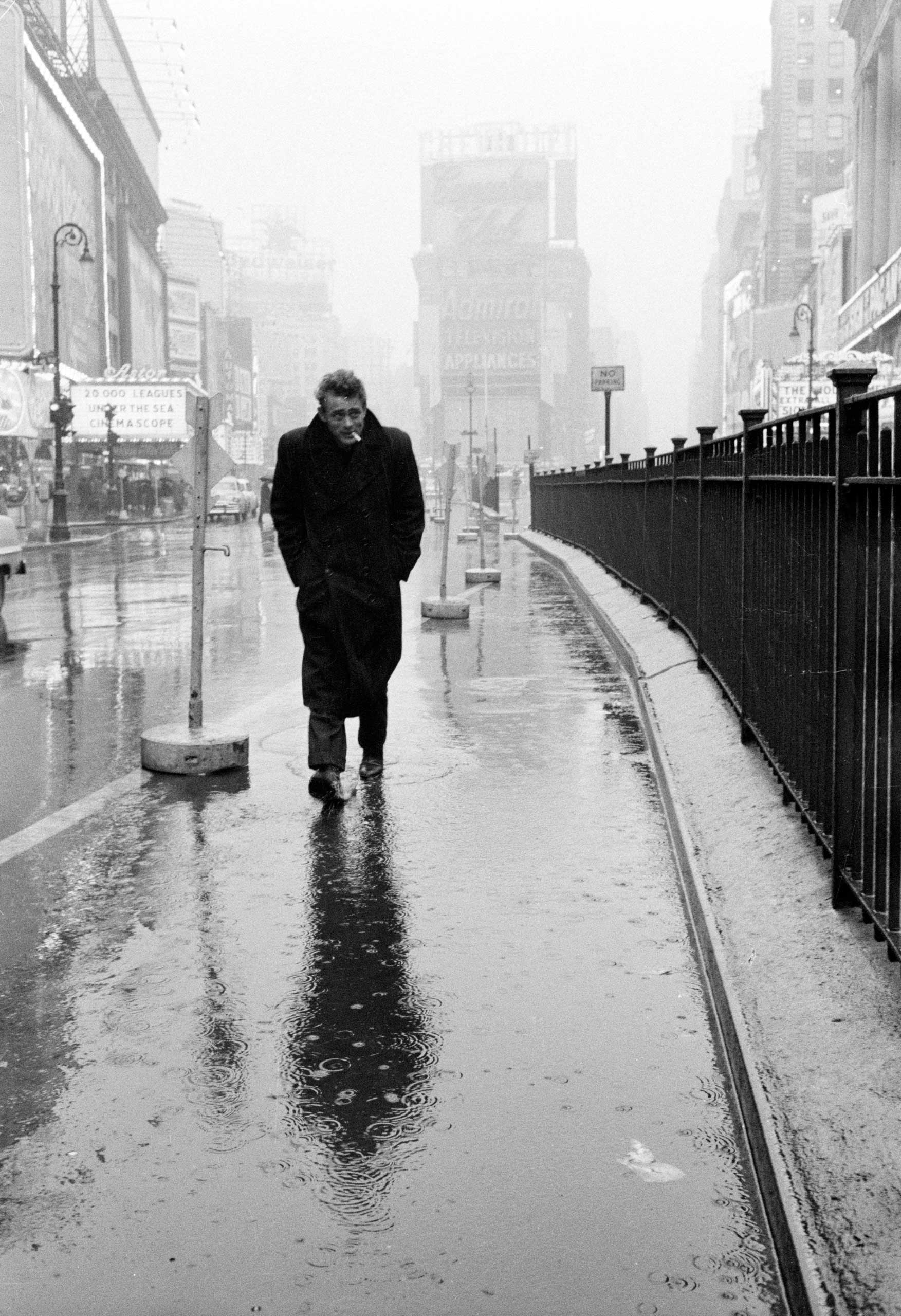 I still find it interesting that he was relatively unknown, as only 1 (Elia Kazan‘s “East Of Eden” 1955) of his 3 films he had made as a star had been released onto the world at the time of his death.

Within a month of that day, the world would see him portray troubled teenager Jim Stark in the film that would make him Legend, Nicholas Ray‘s “Rebel Without A Cause” (1955).

This film would create the James Dean persona the world would come to accept and associate with this actor.

He had completed one more film, a week before his death. George Steven’s “Giant” (1956).

These 3 films would complete the James Dean film library, which I still find astonishing, as his name is still mentioned in discussions of the greatest actors of our time.

Now I was born in 1974, 19 years after James Dean passed away, so what do I really know about this man person besides what’s available to us in reading and the legacy left behind in film.

But over the weekend I watched Rebel again for maybe the 15th time of my life, and considering just considering his performance in that film, his unquestionable talent… Every line he uttered, every expression and gesture…he appeared to have taken pains to create a character that many many many an actor sleepwalk through.

I watched this film this weekend not realizing the anniversary of his death was two days away.

The work that he did leave behind deserves to be explored and researched as he is, also in my opinion, one of the great actors of our time.