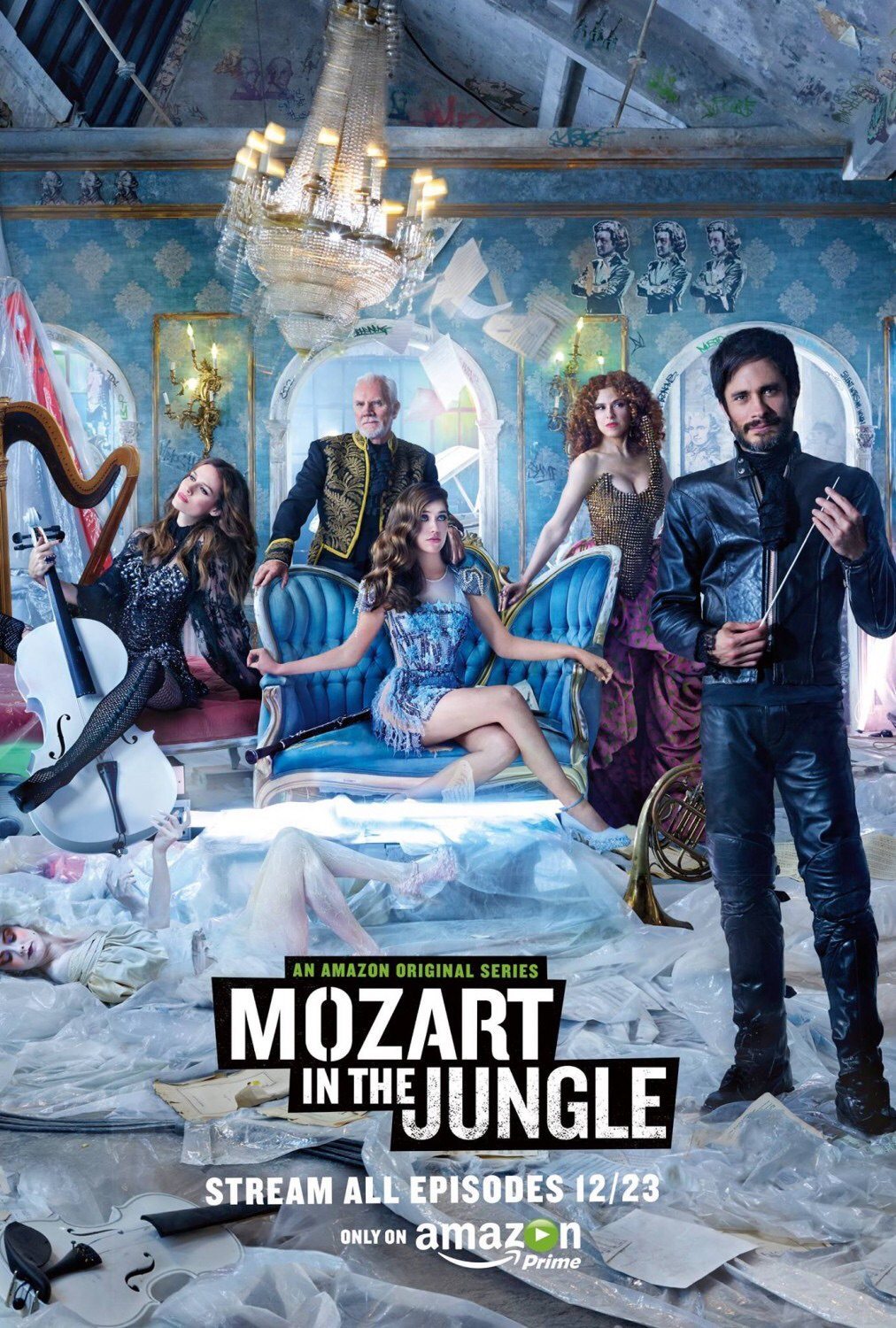 What Up Yo.
I began the series yesterday, it’s from Amazon.
10, 30 min episodes that released following Netflix‘s cue of releasing an entire season in one day.

As I begin episode 5, I am taken in by the quality of the show, it’s humor and sense of, the acting and subtle character nuances that come through.

Their is a fresh invigorating originality on display here and it’s simply my cup of tea.

The storyline is as follows:
The New York Philharmonic maestro of 20 years (McDowell) is retiring and handing over the orchestra to a former child prodigy he discovered who has since taken the classical music world by storm, known as “Rodrigo”(Gael García Bernal).

Meanwhile, we are introduced to a young and gifted oboe player Hailey (Lola Kirke) who dreams of playing with the esteemed symphony and gets her chance when Rodrigo hears her audition.

Brilliant, Rodrigos appreciation of music is so natural and pure its almost childlike in him…and when he overhears Hailey audition, he immediately offers her a spot in the Philharmonic as oboe player but she fails to play during a rehearsal and is fired.

While Rodrigo tries desperately to find the piece that will be his opening with the New York Philharmonic, Haley his assistant (or as he pronounces it “HI-Li” opens her mind and heart to the world around her that Rodrigo introduces her to…witnessing it for the first time through his eyes…through her heart.

I blasted through the season in 2 days. At times it felt rushed, characters appear then disappear for 4 episodes at a time.

But it’s the heart, the blood of the show…
Gael García Bernal…
that keeps this series vibrant and fun. He injects his performance of the maestro with a whimsical and innocent love of all things.

An openness to life and all its beauty. As he teaches “Hi-Li” , he infects us the audience also.

Bernals performance exudes a joy and lust for life, and blood, that I found refreshing and contagious.

Roman Coppola, Jason Schwartzman and Paul Weitz are the directors, executive producers, writers and captains here…and while we may never see a second season, I will be forever grateful for this first one.

And for Nora Arnezeder as Anna Maria.

Her performance as the genius and revolutionary Anna-Maria was fucking excellent. The ex lover and wife of Rodrigo, their chemistry was beautiful, explosive, passionate…and hysterical.

Now the cast list is impressive besides those I’ve mentioned:

The writing and production credits even more so:

This is a story loosely based on the memoir:

Mozart in the Jungle: Sex, Drugs, and Classical Music

I swear on my life I will never lead you wrong.

I challenge you to try to stop at one episode. If your taste is anything like mine, you’ll be glad you took the ride.

Godspeed to Mozart In The Jungle.