Orphan Black, If you haven’t seen it you are missing out on an astonishing demonstration of acting by the series lead, Tatiana Maslany.

There is no easy way to explain the depths to which she has gone to portray over seven different characters,  clones who constantly interact with each other,  for the past four seasons of this landmark show  without you watching her in action.

What she has achieved is beyond Golden Globe quality accolades.

She has pulled off what has never been done before;

To take on the task is one thing…
But to do it as well as she has is astonishing.

Show me an actress that can do this for a two hour movie during a four month shoot…. and I’ll tell you they’ve gotten nothing on Tatiana.

The only other person who has come close to this type of groundbreaking performance is actress Toni Collette in the Showtime series The United States of Tara.

Hysterical and magical, it was taken away from us way, way, way too soon.

With Tara, you had a woman suffering from multiple personality disorder, and Toni was high-octane, drenched in gasoline good as all the characters.   Scary good.

With Orphan Black, these are 5 to 7 independent characters, all with their own distinct personalities and accents.

Different people living independent lives from each other that are, at first, forced to interact with each other and then become “sisters” to one another. Protecting each other from the many outside forces that wish to extinguish them all.

Each clone interacts with each other constantly and each performance is so layered, you literally have to pinch yourself to remind yourself you are watching the same actress play all of these roles.

Orphan Black is a Canadian science fiction thriller television series created by screenwriter Graeme Manson and director John Fawcett, starring Tatiana Maslany as several clones. The series focuses on Sarah Manning, a woman who assumes the identity of one of her fellow clones, Elizabeth Childs, after witnessing Childs’ suicide.

There are a few constant characters in the series who have to interact with all the clones, all the characters Tatiana portrays, which allow us the audience to invest further into each characters storylines, and which throw us off the trail that they are all in fact acting opposite Tatiana.

These series regulars are:

It’s that fun that both Tatiana and actor Kristian Bruun exude while playing these characters that drew me into loving every sequence they are in togther. Their joy explodes off the screen.

(Fans…dancing on their bed in slow motion with the money from their first drug deal….hahahahahahahaha)

He is a deer in headlights when he first learns that he is married to a clone…but slowly, like Felix, Art and Mrs. S, he becomes an integral part of their quest to help them escape, and eventually ultimately take down the Dyad Institute to bring his wife and her sisters to freedom.

Each of these actors would have quite a large challenge on their hands if Tatiana wasn’t as astonishing in each and every role as she is.

They each play opposite the assortment clone sisters and they must make us believe in their acting that they are talking to diffierent people each time…which must get tricky as hell because many times they are playing against multiple clones in one scene.

If we, the audience, believe in each of Tatianas performances, the show has pulled off quite a feat. But if the actors playing opposite Tatiana don’t convey they are playing against different people…the show falls apart.

If we don’t believe that they believe…the show doesn’t work.

That is a testament to the awesome abilities of the cast, Orphan Black creators Graeme Manson & John Fawcett, and perhaps most of all…Tatianas body double, Kathryn Alexandre.

“Alexandre’s performances are central to Maslany’s ability to create the characters. Maslany said, of Alexandre, “She’s so amazing. She memorizes all of the lines, all of my blocking, all of her blocking, my mannerisms, my impulses; she, somehow, memorizes all of that and gives it back to me with a performance I can play off of.” Alexandre had worked as a reader for auditioning actors in the casting stages of Orphan Black’s initial production. She auditioned for the role of Maslany’s double and earned the spot because the producers were in search of, in Alexandre’s words, “an actor as opposed to just a double”.

From the first episode to the final episode of season four last year, the storylines have gone from DENSE, to HYPER DENSE each season,  Tatiana Maslanys job becoming harder and harder at every turn… and yet, you could tell it’s her passion and love for the project, for acting, and the family of  actors and the crew that make the family of Orphan Black come to life that enabled her to play each of these people so goddamn well.
You can watch seasons one through four on Amazon Prime Video at the link below:

Believe me people, I’m doing you a favor.

Below are some videos I have assembled from the series, if you haven’t watched it this will spoil the shit out of the show for you   But it will also give you a bit of a glimpse into the brilliance of this actress and series

Also I have included a link to an interview Tatiana gave to Variety about how sad she is that series is ending.

” Orphan Black ” fans, known as the Clone Club, got a special treat at PaleyFest – a very early look at the Season 5 premiere, which won’t air until early June. The company had wrapped production on the farewell season a mere 36 hours earlier. Tatiana Maslany remarked, “Every day was somebody’s goodbye. 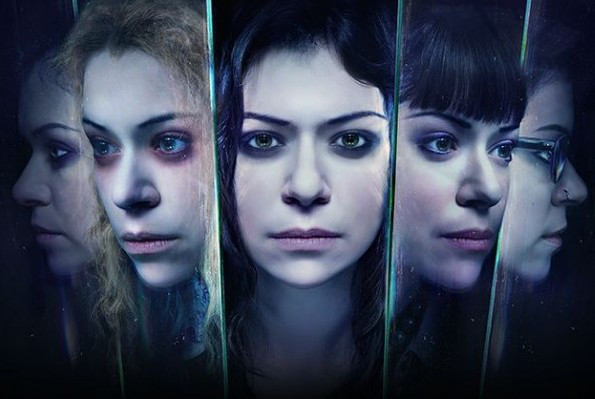 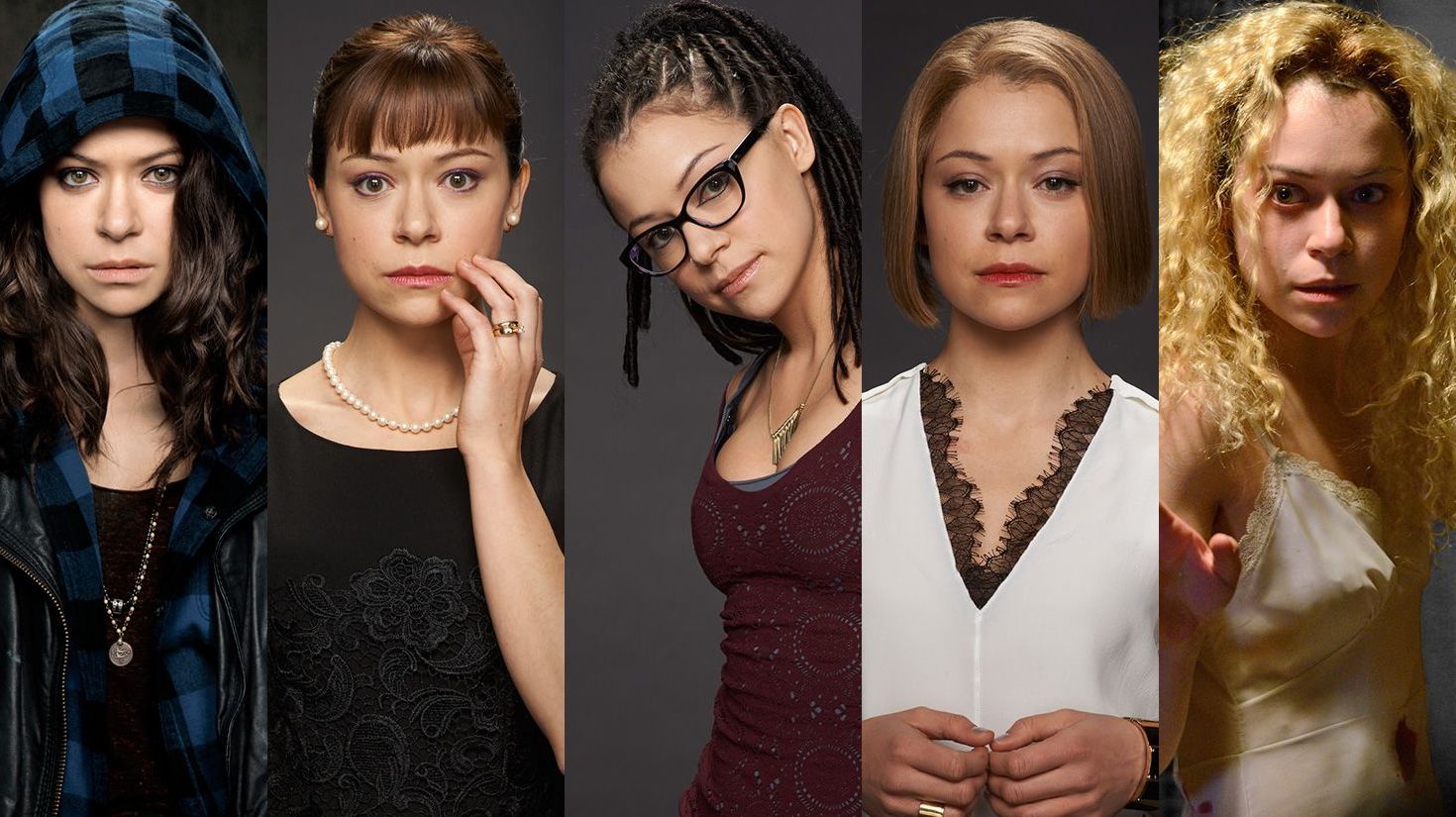