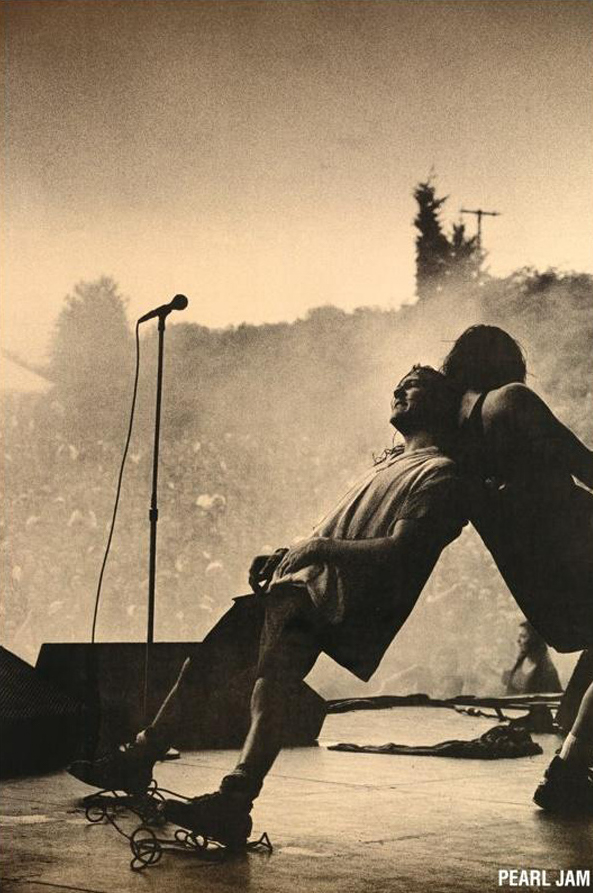 Pearl Jam man.
I’m a mother huge fan.
Those who know me, know this to be true.
I’m actually in an official Pearl Jam live video.

I was at the show, acting like a maniac,

I was a maniac actually. This was my normal routine at a PJ show.

Tickets got me in the venue.

My passion and a hand full of Vicodins did the rest.

This particular show was the first of two shows the boys were playing at the Garden.

Earlier in the day, I decided I would go.

That is where Duke came in.

That’s where Duke always came in.

I did the math:

If I took the railroad in from Long Island I would arrive at the Garden with 1 hour to get tickets.

I made the call.

“I’ll need plenty of legal advice before this thing is through. And we’ll need to be armed…to the teeth.”

There was silence. He was processing. Duke had just gone through a breakup and I knew nothing could cure his sadness better than an evening with Eddie, the boys and an arena of Pearl Jam fans.

“Well I have to work in the morning.”

“So? I’m not talking about tomorrow. I’m saying tonight.
It breaks down like this:
I’ll be at the Garden at 6.
You get there as soon as you can.
We’ll score tickets, grab a drink or three, gobble Vic’s and they’ll set us loose inside.”

“Believe me, we have tickets, we just haven’t scored then yet.”

“Duke. We will be fine. All will be well. I just need you to say yes or no. Leave the rest to me.”

He went quiet for 5 seconds, then I heard Duke speak…

We acquired our tickets 10 mins later.

Off to the bar for drinks.

Then set off on our mission.

We walked to the ticket man briskly, then we stopped and ducked out of site.

I pulled out a hand full of Vicodins from my pocket, handed him three:

We gobbled and swallowed.

”In 20 mins you’ll be chain smoking and smiling like a fucking lunatic.”

We walked back out into the light and handed the tickets over, once they were torn, we went inside…

We climbed the stairs, many many stairs, found our seats and sat down.

Then the lights went out.

The boys walked out on stage and I turned to Duke and said:

We got up, walked down all the stairs we had just climbed as the band began to play. We were 4 sections down, circling the walkway around the stage.

We looked for an area without people.

Circled the stage again, avoiding security best we could.

Inevitably one or two approach us, shining a flashlight in our faces…

”OK, yea you need to be up there, i’ll walk you to the stair case to your section.”

“Here you go, head right up there to the very top.”

“Oh great, thanks so much”

We begin to climb the stairs, the guards turn to help someone else, we bolt back down the stairs and walk, don’t run, out of site.

We will need to note to avoid that guard moving forward.

We hunt again, then we see more open seats.

Duke was catching on.

We duck into a spot. We sang.

Duck into another. Sang.

It was all kicking in, and now we were electric.

People were filled with joy all around us, the Garden was alive.

Now when people come, the new friends we would make while all singing together would move over to accommodate us.

And that’s the way it was at a Pearl Jam show.

Our energy, their energy, the boys on stages energy…we were part of a living, breathing and tangible wave of joy and rage.

By the time we gobbled our second batch of v’s, Duke had called his ex, reached her answering machine and left her a message wishing her a good life.

He was smiling like I hadn’t seen him smile in in months.

Filled with life, thanking me over and over for “One of the greatest nights of his life ”

We had gone from section 400 nose-bleed seats back to the section hanging over the left side of the stage.

We would finish the show in this section as out of nowhere we ran into my buddy Larry, who was doing the exact same thing we were doing.

The boys began their closing “Yellow Ledbetter” and the house lights Flooded the Garden.

Standing in this section, watching Mr Mike McCready solo at the end, cheering him on as the rest of the band stopped to allow him to shine.

I hear they recorded the show for for live video that would be released in the fall.

It then dawns on me that we may very well be in the video.

The day it comes out, I grab it, furiously unwrap it, put the DVD in and skip right to the end where McCready was soloing.

Watching as the video cut from camera to camera, catching diffeenf angles… 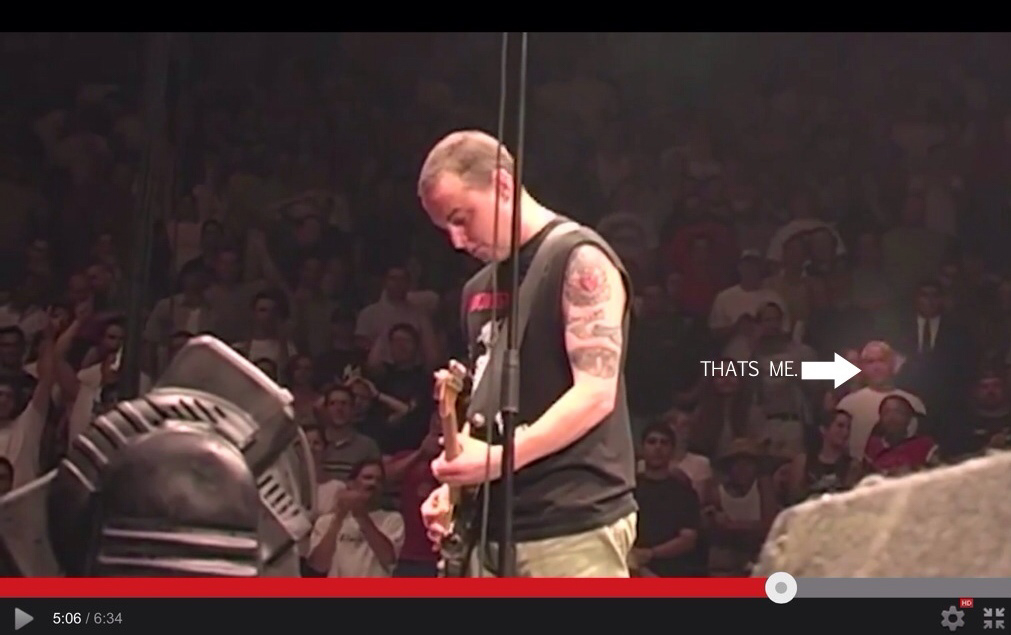 Below is the final song from that night in July at MadIson Square Garden from the video they released “Pearl Jam: Live At The Garden”.

The guy back and to my upper right (your upper left) you’ll see Larry, my friend and bar owner from  Huntington, NY where I used to work. (wearing the blue button shirt opened with a cast on).

Then look in front of me, you’ll see a girl in pink with pigtails.

She was the only mean person encountered the whole night.

She is the reason I couldn’t get closer to the front of that section.

And I tried, believe me.

She felt me making my move next to her, and she stepped up, broadened her shoulders and gave me a

“Don’t you dare try to muscle in front of me…” look.

I stayed were I was & celebrated from there.

Pretty great thing actually for a uber-fan like myself…to be immortalized in a Pearl Jam concert video.

That night I saw the video and found us in it, I called Duke, told him…

Then grabbed the DVD, went to The Nags Head Ale House, the bad Larry owns and told him…

He stopped traffic, took the disc, put it on the bars 40″ Plasma….played the sequence, kicking the show through the sound system at the bar and we ran around to everyone there:

But this was the one I’ll remenber until God brings me back home.

The first PJ concert I had the pleasure to attend live was 5 years earlier at Madison Square Garden, in 1998, in support of their 5th studio album “Yield”

It was life altering and remains my favorite point of their career.

Those first 5 albums are simply…

They saved my life.

With those 2 releases , you could hear the band beginning to alter and stretch their wings.

The songs were now much more diverse, lyrics more developed and thought out.

They broke free of the “Grunge” genre they had been stuck in like it was a corner they refused to sit in any longer.

They shed all the fans that didn’t want them to change, the fans that only wanted to hear “Evenflow” & “Daughter” over and over again, the fans that were clinging on because they were the “it” band for a few years there…and by breaking that mold…they systematically discarded the false fans and retained the true fans of their music.

Now the videos below are from earlier points in their career…when the boys were brand new , hungry, fearless  and beginning to crack the music scene wide open.

Their debut album, “Ten”, was beginning to break after being out for almost a year, the “Grunge” revolution hadn’t been given that name yet and the rock and roll music scene was changing radically. Hair bands had been assassinated…just snuffed out. One second “Guns N’ Roses” was on top, were taking 4 years to record double albums & making $5 million videos…

The next thing you knew, kids were listening to “Nirvana” & “Pearl Jam” and a new movement was starting.  These new bands weren’t untouchable like the other hair bands happily pointed out they were these were guys like us, guys in their 20’s  who weren’t singing about jets and limos and girls and excess. These guys looked like us, dressed like us, and put a voice to what many youths in that time…in all times…were feeling.

These new guys didn’t go around fucking supermodels, and make high priced polished videos that wreaked of decadence…these new videos coming out were just youth. Raging.  And some of these guys, Pearl Jam, wouldn’t make videos after their second album for 5 years…going against the status quo for new artists out there.

The new guys  wrote straightforward rock songs with intelligent heartfelt lyrics from the basins of their guts.  Covering everything from mental illness to child abuse to suicide to neglect to poverty to racism…talking about pertinent subjects that many youths could relate to and identify with,  and they were rocking out in a way that was so fucking honest that a generations of young adults began to celebrate them in droves and in turn, ignore the hairbands like they were embarrassed by them all of a sudden.  Like it was suddenly not very cool to listen to them.

I was 18 in ’92…and looking back, thank God. The Beastie Boys put out their masterpiece “Paul’s Boutique” (MCA Forever) , Rage Against The Machine debuted, Red Hot Chili Peppers had a new album, we met Tool. There was Smashing Pumpkins, Alice In Chains, Nirvana, Soundgarden and Pearl Jam. The face of music began to accurately represent the face of youth As it did 25 years earlier during the Woodstock era. This was a modern version of that. Not peace and love, more truth and rage.

In March of 1992 Pearl Jam played on an episode of MTV Unplugged. Any fan is familiar with this. The version of “Porch” they performed was historic for them. I love how tight they all are together, how well they all gel with each other…Jeff standing on Dave’s bass drum…hitting the cymbals with the neck of his bass guitar…Vedder falling off his chair during the mid section jam. especially when the band is about to launch back into the song, Eddie steps back and begins singing from the top of his lungs:

My God, by the time they launch back into the song…the whole place is electric, it’s just on fire. I’m currently revising this article a bit and am sitting across the street from the building that episode was recorded in. Kaufman Astoria Studios… 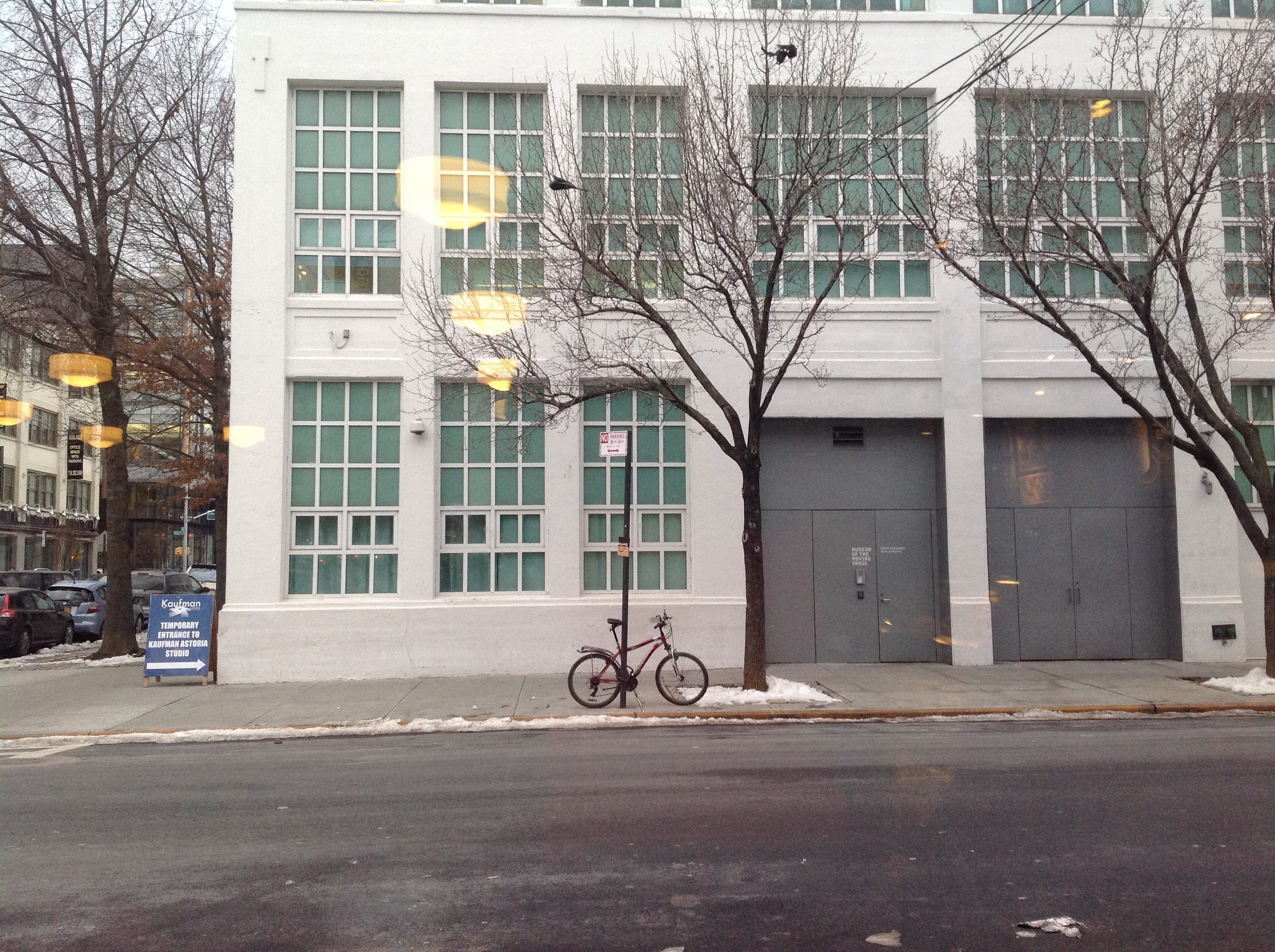 Then a few months later, in June, they played the Pinkpop festival in the Netherlands. They were playing NONSTOP for over a year at this point. They were just breaking…and had never played for a crowd this big.

2 minutes into the song…if you start watching Eddie, kind of hard not to, he’s on fire. Climbs the camera rig…has the rig carry him over the immense crowd. He launches himself off it and dives right in. Just nuts man.

2 minutes later he manages to get back on stage, he raises his hands and claps along with the audience…the camera from behind him shows the crowd clapping along with him…all in unison. Just an amazing sight. Another historic performance.