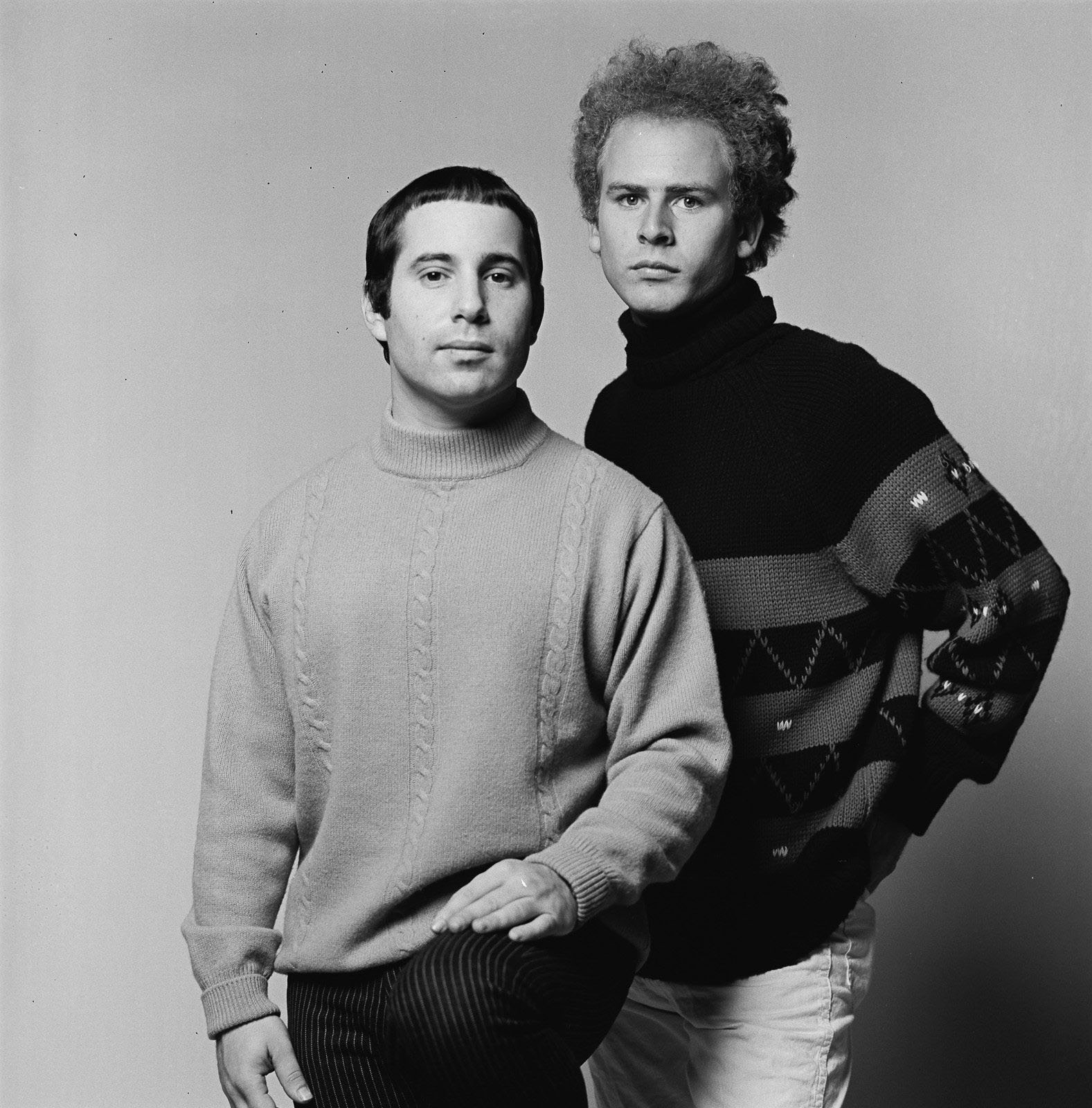 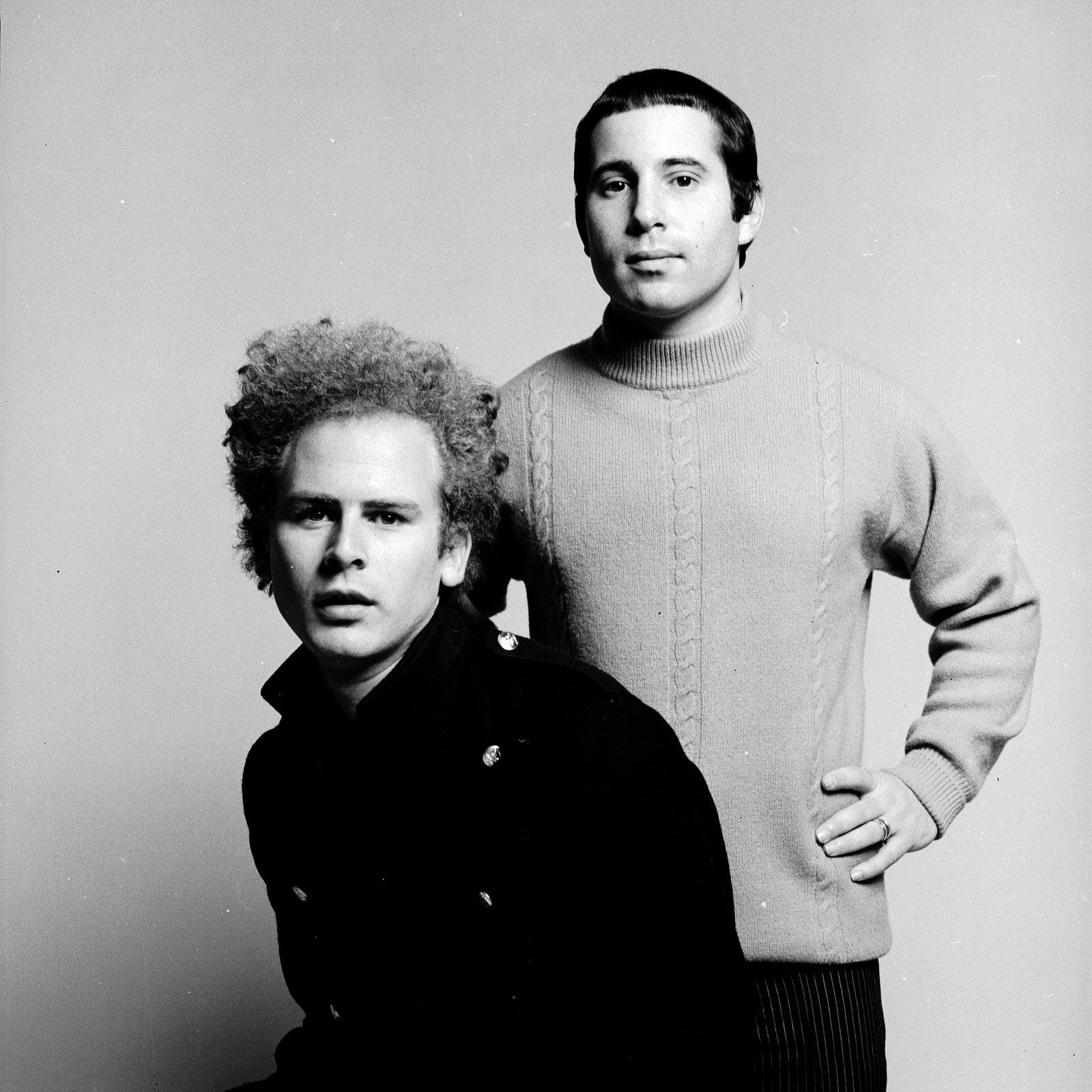 Simon And Garfunkel Rock And Roll Hall Of Fame…
I first saw this when it was broadcast 5 years ago. What rocked me about this specific encounter with Simon & Garfunkel was Garfunkel’s voice and how beautiful they both sounded, alone and together, after all these years. Art Garfunkel sings the end of the massive hit “Bridge Over Troubled Water” wonderfully, nailing every note. They congratulate each other multiple times for what is an astounding performance by the singer songwriting team. They own the audience the moment they take the stage.

I remember while watching this, I had it on the back ground as I prepared to go out to grab thermal underwear for the upcoming winter (just saying). I was tying my shoes, barley aware of who was up on the program next. Grabbing my jacket…then I hear this beautiful harmony of voices echoing through my living room…

My head shot up. I looked over at the screen and saw Paul & Artie up on stage, the audience was going wild for them. I stopped what i was doing and sat down. I turned the volume up on the receiver, sat in the sweet spot and zoned in on these 2 men who i wasnt all that familiar with besides hearing there songs and teasing my dad when I was 8 or 9 because he liked a song called “I Am A Rock”.

My dad, not amused, stared at me hard and said:

I was quiet for a split second, then I laughed…

“Its a metaphor Wes. He isn’t really a rock, he is an individual, and he is making a statement about how he is his own man.”

I don’t remember the rest, except that my Dad wasn’t smiling. He was more pissed I was insulting Simon and Garfunkel and purposely missing his point.

But sitting here now, I was almost the age my Pop was during that conversation, and all the conversations i had had over the years about them…never really understanding the appeal…for some reason it clicked and after a few minutes, I was a believer. After they finished performing “The Sounds Of Silence“, they go into “The Boxer”, and all I can think is

“How the hell do these guys sound better than they ever did 40 years later?”

I mean, you see artists get up on the world stage and after 10 years they begin to suck. They go onstage with a bottle of wine and a pack of cigarettes and drink themselves into oblivion while putting themselves through the motions of performing songs they have performed hundreds of times before. They don’t try anymore, they don’t need to (I’m actually thinking of a specific band), they are rich and they have lost their hunger. It’s a job now.

And here are Paul and Artie. Up on a stage, in their late 60’s, and they are singing and performing with a pure love for their craft evident in their performance. They are giving of themselves completely and still striving to sound as good as possible.

The appeal hit me over the head and I just got it all at once.
The lyrics were poetry, the musicianship was stellar, I was in awe watching them. My ears were smiling. The music had entered my soul.

I researched them after watching this, got their albums, listen to the “Bridge Over Troubled Water” album on my iPod for a few months straight while walking around Manhattan taking pictures after that, constantly replaying “The Only Living Boy In New York”

The beautiful harmonies they created together were majestic to me. I learned that when they recorded, they would do one track together , then each do a track separately, with their sound engineer, Roy Halee, carefully mixing their voices and finding the right reverb or echo for each of their recordings. There were people who thought they should be recorded separately and mixed together later to have more control over each of their individual voices…but that was the thing. The magic was in their recording together. It was a perfect storm. Their voices, when together, created a harmonic sound that could not be replicated if they didn’t sing together. They were friends as children, growing up in Forest Hills, Queens together and being influenced by The Everly Brothers. They had been performing together most of their lives and their timing together was impeccable. They would lay down vocal tracks and then lay down a second vocal track to lay on top of the first… to double the vocals up…and each time they would be completely synced up with themselves and each other.
Great care was taken by the three of them, Paul , Art & Roy, in presenting something sonically beautiful and melodic for their fans. Each time making what came next superior to what had come before. They were on top of the world when they released “Bridge Over Troubled Water” which included “The Boxer”…by far my favorite Simon and Garfunkel song.

They broke up after this album, right around the same time The Beatles did, and would later reunite and play an historic free concert in New York City’s Central Park.

I watched the Central Park concert, any fan should…it’s an amazing feat and moment in music history. Watching them up on that stage in 1981… much younger and vibrant, the fans adoring them, is amazing to see. However I kept coming back to this performance for some reason.

To me, this shouldn’t have sounded as good as it did, but all of the time that had passed in between the recording and release of these songs in 1970….to them now performing them 40 years later in 2009, and they were on point. By the time Art Garfunkel gets to the end of “Bridge”, Paul Simon backs up and let’s him go off…and he just nails the last few lines with everything in him. They are visibly over any issues they, as old friends, may have had over the years, just loving the chance to be up there in front of an audience again playing their songs.

The positive energy that comes off of them both and the level of skill they both have, these are true musicians. They are the real deal man. So much respect.

Now, I couldn’t track down one straight video of this performance…so I took a 48kHz 24bit 15 minute audio file I had of the performance…
Collected all the HD video footage I could find…
Edited it all together to recreate the entire 3 song performance here as I experienced it on that November evening.

I tweaked the audio a bit…brought out the highs, mids and lows…and sonically…I think it sounds great.

If you take the time to watch this, and I hope you do, I highly recommend listening through a pair of headphones.

Maybe you’ll feel the magic I feel when watching and listening to them here.

I hope you do.