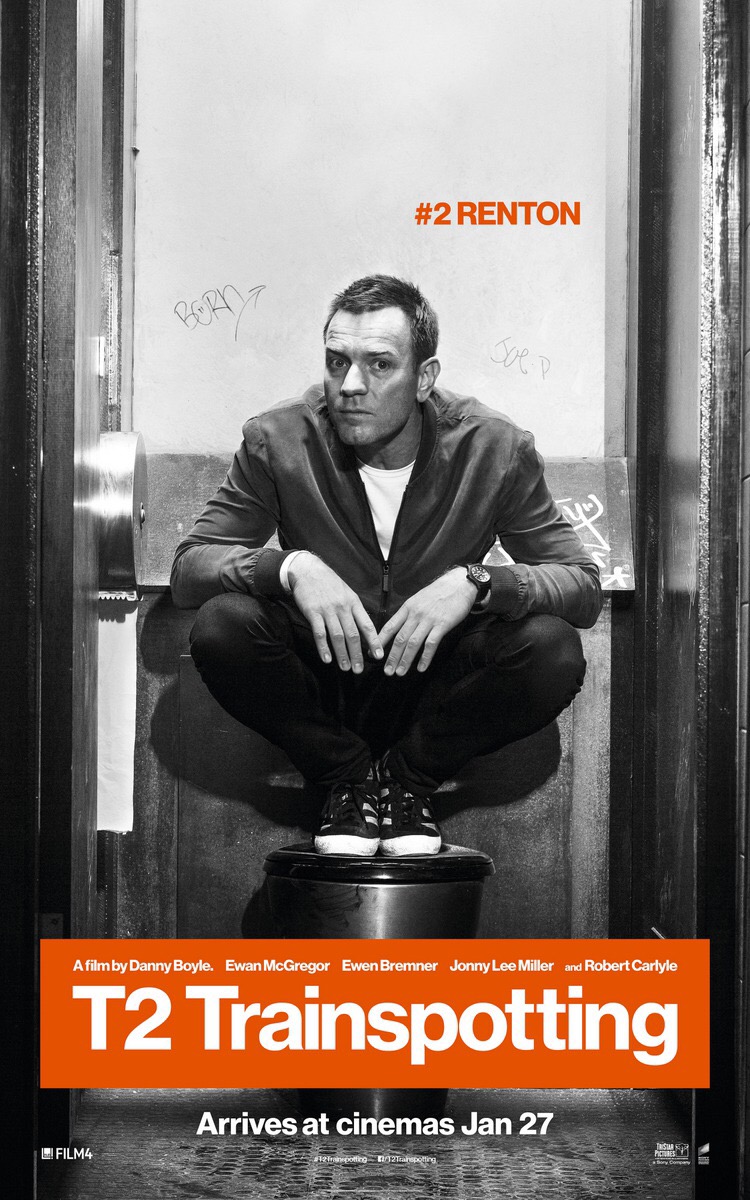 I think the existential examination of my overly sentimental view has a great deal to do with upcoming events in the US. I’d love to jump full on into a toilet filled with shite rather than have a dangerous buffoon for a president! It’s shite being Scottish, Rents? That’s ‘cos you couldn’t have even in your wildest, strung out dreams imagined USA, 2017!

Now, we’re being forced to! I preferred a 1996 world. O.K., indeed there were horrible things going on in the world. I won’t deny the suffering. But, I was younger, I said; fuck all to those who told me I couldn’t live in a shared house on South Street, Philadelphia and make my money singing in the street! I had the audacity of hope. I could fix, or at least take on the world.

It was at that time I saw this sexy, half-crazed, head shaven, sparkling blue-eyed boy wearing a half-shirt running down a street and kinda rapping to Iggy Pop. Mark Renton was larger than life. He was mesmerizing! He was philosophical, ironic, sardonic. Although I was not a heroin addict, I got what he was rapping about. I loved him.

When Mark Renton for good or ill takes the money and runs at the end of Trainspotting, I felt his hope, his zeal, his fuckin’ excitement to make a new and better life! I was like; “Hells to the yeah, Rents, I’m on board with that!”

Where the hell did the time go? Where is the hope, excitement, the balls to take life on? Where did Twenty-something go? If I watch T2 will I be further tormented by these nagging questions that wake me up in the middle of the night, along with the farting of my middle-aged beagle?

Or will I see a handsome, better dressed, middle-aged man running down a street in Scotland and have the experience of seeing an old friend? Will I expectantly ask; “Where have ya been, Rents? How’s it hanging?” Or will I want to turn and walk away thinking of all my “could have dones?”