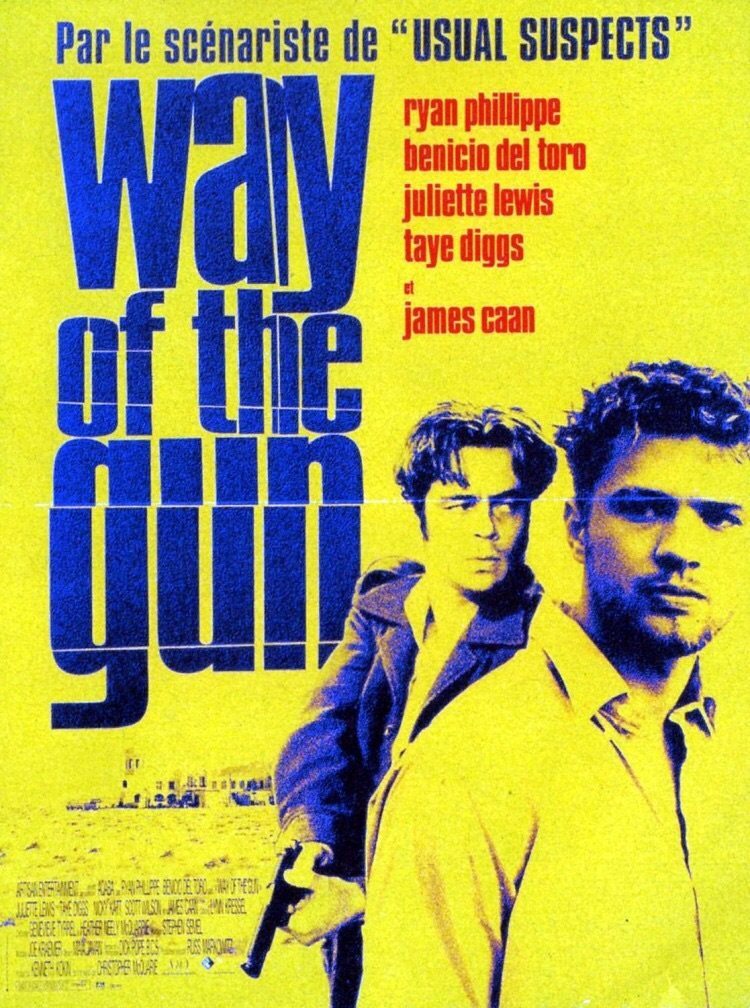 Those in the know will recognize this name as the man who wrote the screenplay and won the statute (The Academy Award) for Bryan Singer‘s “The Usual Suspects“.. 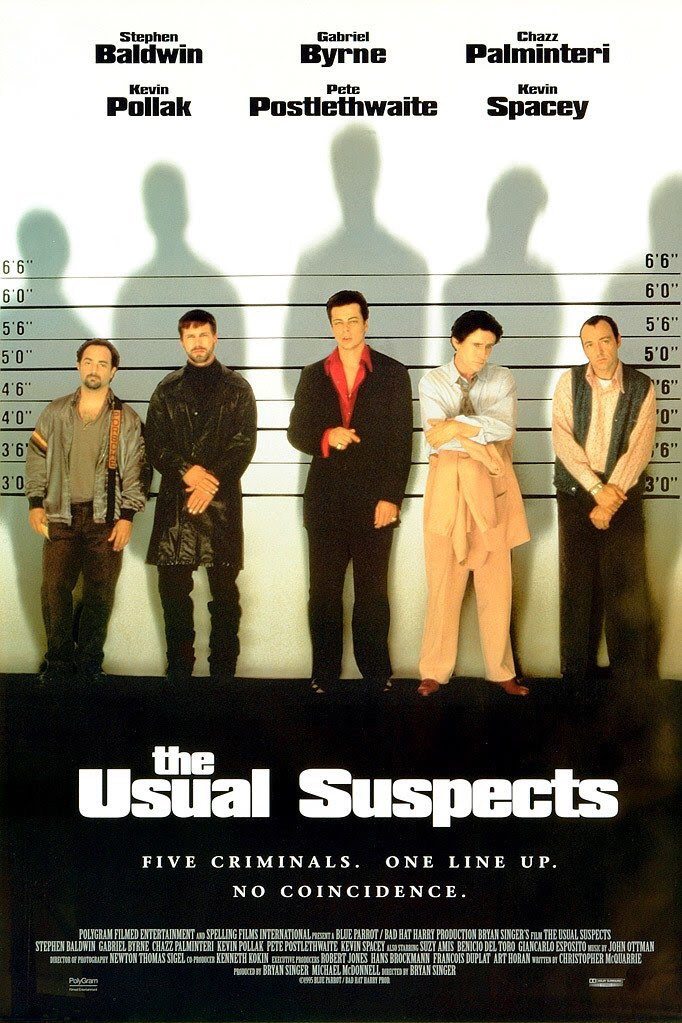 But that’s not the film that burned his name into my cinephile  consciousness. 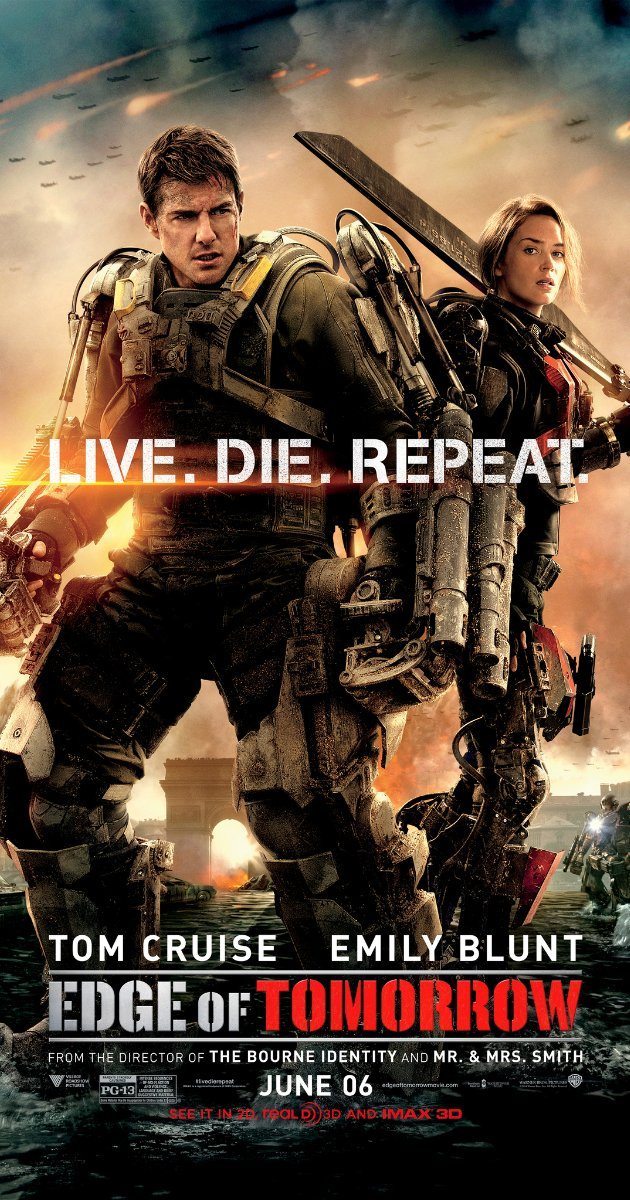 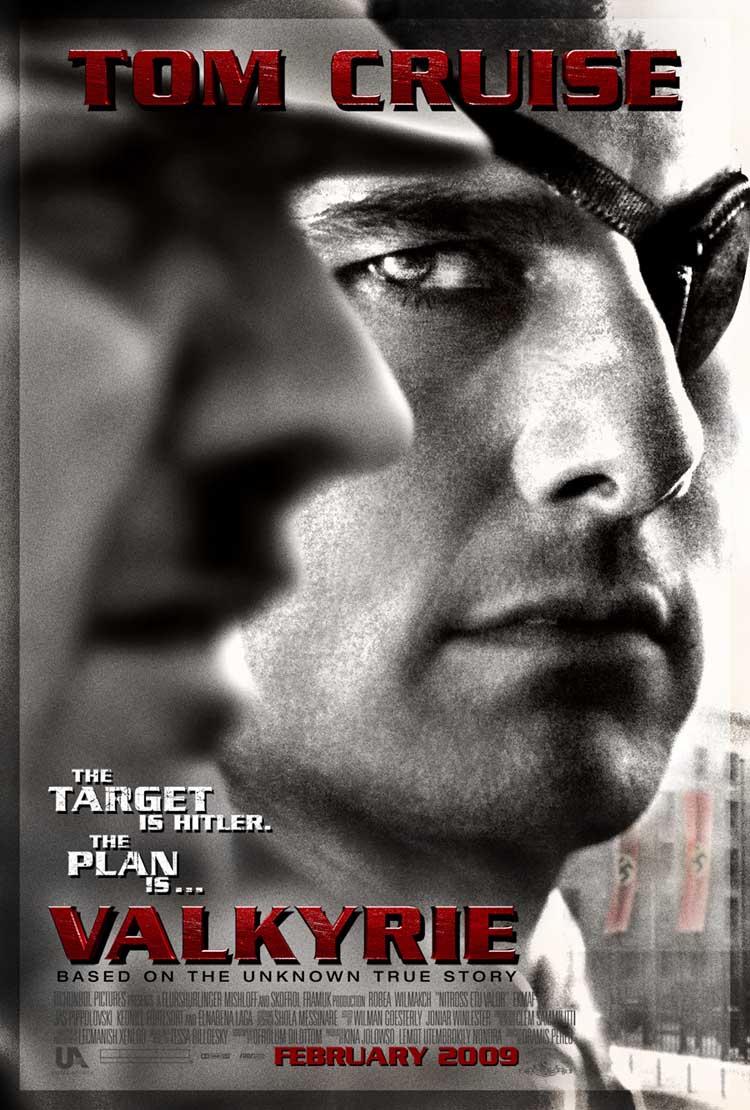 But it wasn’t those either.

He directed Cruise in “Jack Reacher”… 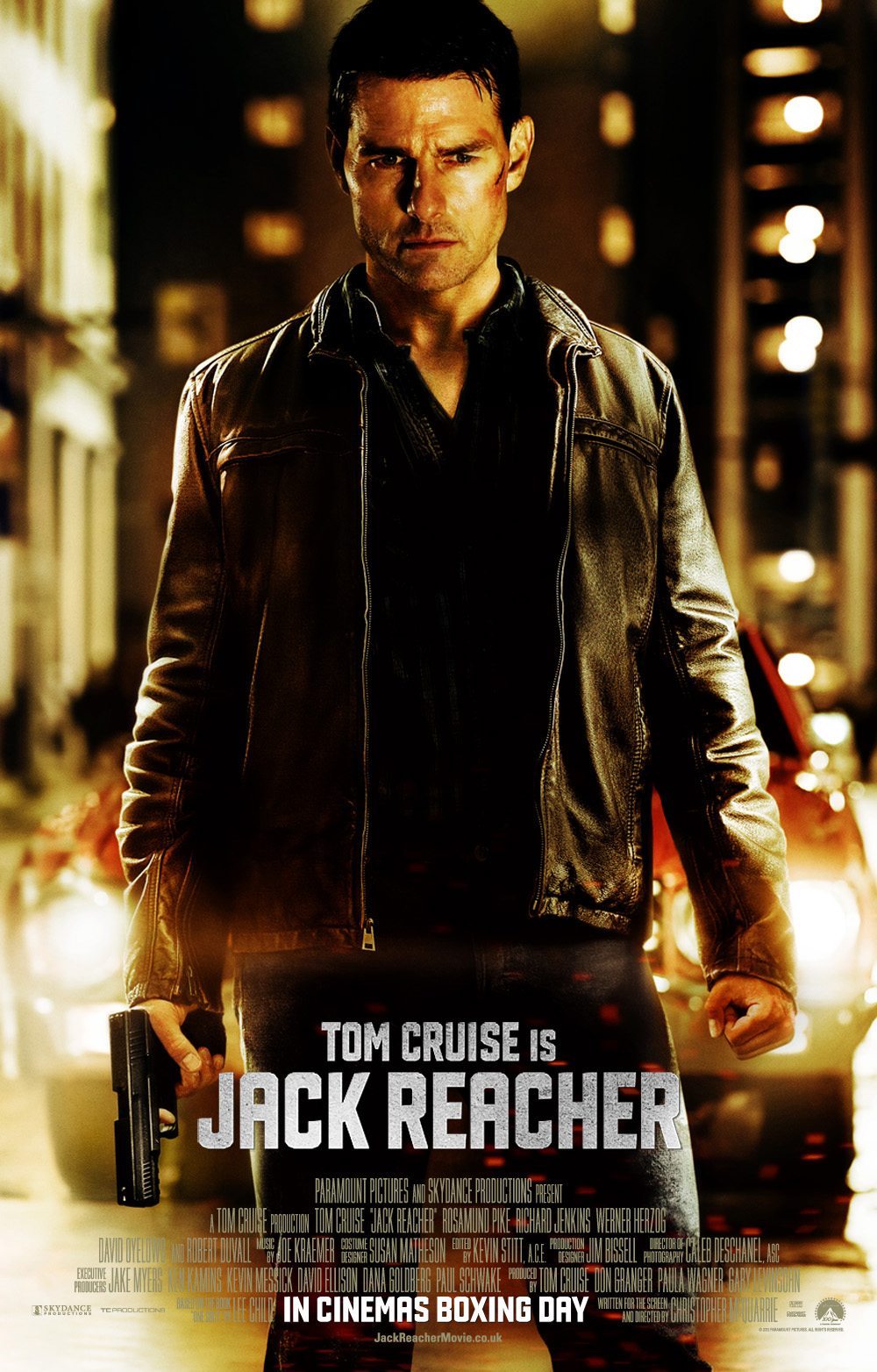 Before those films, in 2000…after Suspects…McQuarrie would write a film, a heist film, a brilliant film with balls of steel.

He would also directed it.

It stars one of the greatest actors on the screen today,  Benicio Del Toro, along with Ryan Phillippe, Juliette Lewis, Taye Diggs & James Caan.

And that’s the one.

The Way Of The Gun 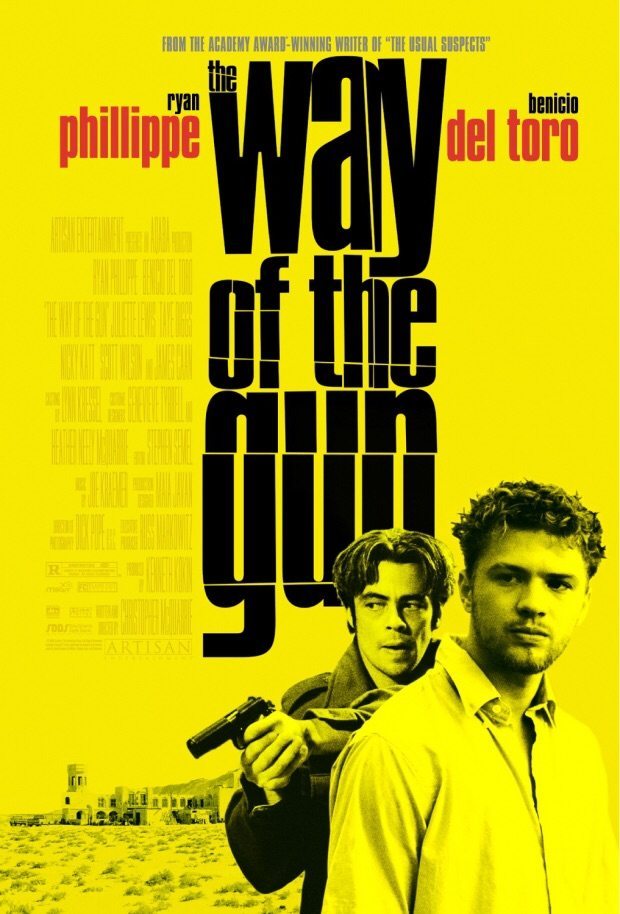 I remember seeing the trailer, then going to the theater on my own and sitting down to experience this film.

By the time I saw the films final sequence, watching Benicio, crouched in a room with his enemies looming outside, standing up and firing a machine gun systematically through all the walls of the room in a perfectly straight line of bullet holes, each tearing through the stucco walls of the brothel he is in like paper, each shot sounds like a fucking cannon …

“This is one of the most bad-ass films I have ever seen.”

It was a brave, crude, in-your-face, slick, hard-core R Rated version of “Butch Cassidy And The Sundance Kid” but for our generation

And this in fact was the point. The main characters names are never revealed to us, as they use aliases. And the aliases they use are “Parker” & “Longbaugh”…the real last names of Butch & Sundance.

I mean from the first scene alone, I knew this was my cup of gasoline.

And you will know if it’s yours.

The two lead protagonists are counting cash, sitting on the hood of someones Mercedes-Benz.

The cars alarm goes off, but they don’t flinch, just keep talking among themselves and counting.

We are in the parking lot of a nightclub where people are standing online waiting to get in.

One man turns hearing the alarm, turns it off and yells to the men:

“Hey! Get off the fucking car!”

His girlfriend, played by Sarah Silverman Hears this, turns and see’s the men.

In an instant, she hoists herself up on to the railing they are standing behind and begins to SCREAM at the men.

It’s a wonderful, funny, profanity laced tirade…she lets loose at full volume, and we all know;

This chick is a fucking nightmare.

“Hey Fuck Suck, Get Your Slippery Fucking Ass Off The Fucking Car!!!”

“Listen To Me! Get Off The Fucking Car With Your Fucking Ass!!!”

She’s raging when one of the men turns and yells:

“Shut that cunts mouth before I come over there and Fuck-Start her head!”

Now…I don’t know what “Fuck Starting” someones head is,
but it can’t be good.

She looks at her boyfriend…

The boyfriend takes his coat off while the people online watch.

He leaves the line to approach them, some of the crowd follow.

The two men look at each other…and smile.

By scenes end, Sarah’s nose is broken, the men are left laying in the parking lot, beaten to pulps by the crowd, bleeding and in massive pain.

Then we hear a voice.

He introduces himself as one Mr. Parker.
His associate, he informs us, will be referred to here on as a Mr. Longbaugh.

How they met, why they became the men they are when we meet them, who they are, how they learned their tactical prowess and developed the skill set they will demonstrate throughout the film is never established.

Nor does it need to be.

What is established is that they are survivors, living in their gritty world, completely in the moment, to sustain their lives off the grid.

The film was born out of sheer frustration with the established Hollywodland order.

From the Wikipedia article on the film:

Coming off the heels of winning his statue, McQuarrie endeavored to not just write but direct his own film, but he met with resistance from the studios.

It was apparently Del Toro, whom he had worked with on Suspects, that suggested to him to go with another crime film.

Hesitant to be typecast, he initially resisted, but it had been a few years now and he hadn’t worked…

So, what if made were to take every leading man rule there was…and balls-out break then…creating a no-holds-barred crime film.

Now an established, Academy Award screenwriter in Hollywood, he was no stranger to playing it safe, playing by the rules of what was deemed decent, appropriate and acceptable by the studio heads.

First, you have to know where the line is;
Then you can cross it.

And apparently he set out to do was exactly that.

He would create another crime film.

But the leading men here would be the ultimate anti-heroes.

The opposite of what leading man were expected to be.

He would craft characters who existed in a world without rules.

This is what became clear to me in the first moments of the film.

It crossed lines within minutes of the opening shot.

For myself, it was love at first sight.

Maybe he wrote his vision of rebellion against the suits down and put it on screen?

“There is a natural order.

The way things are meant to be.

An order that says that the good guys always win.

That you die when it’s your time, or you have it coming.

That the ending is always happy…if only for someone else.

Now at some point it became clear to us that our path had been chosen and we had nothing to offer the world.

Our options narrowing down to petty crime or minimum wage.

So, we stepped off the path, and went looking for the fortune that we knew was looking for us.

Once off the path you do what you can to eat and to keep moving.

You don’t blow your ghost of a chance with nickel and dime.

Need is the ultimate monkey.

A pint of your blood can fetch you fifty bucks.

You keep your life simple and you can literally self sustain.

The men were seeking a heist.

They stumbled on one in a sperm clinic.

A young woman is carrying the child of a wealthy couple.

She’s surrounded by armed and trained bodyguards when out of the house.

This is the heist they have waited for,

They set out to execute the grab.

Watch how fluid, how tactical they are when working together.

This all leading to a standoff.

They will trade her for $15 million.

Which leads us to the showdown.

Pardon my language, but it’s a mother fucking thing of beauty.

The violence and gun fights are extraordinary.

Reminds me of the main characters of the series Banshee, these men are unrelenting and unapologetic to the end.

There’s no good or bad.

There is only survival.

The film, it’s writing, direction and execution is pure hard-core rock and roll.

If you haven’t seen it, I’m doing you a favor.

The Way Of The Gun: Clips