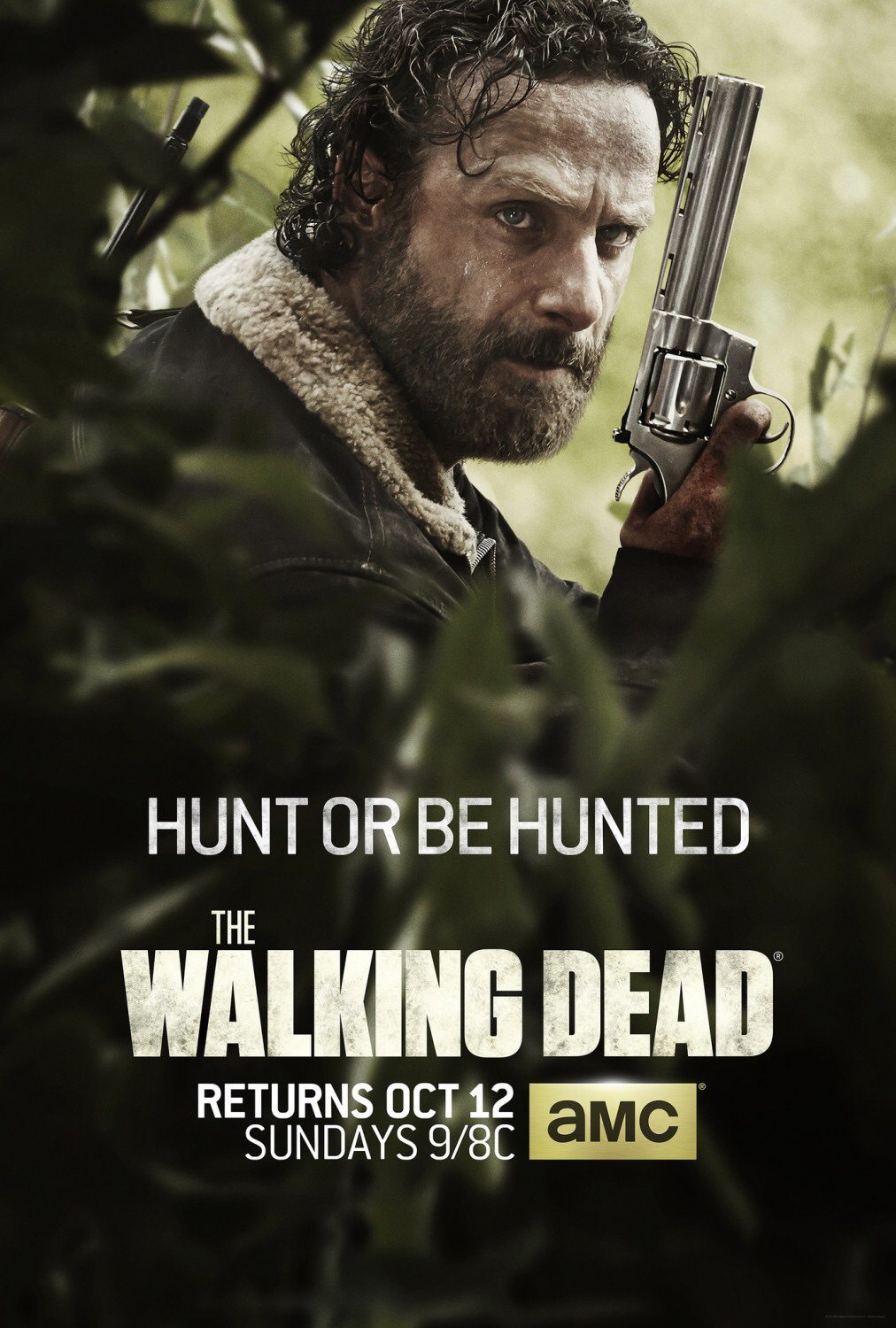 – Carol to Tyrese on how she intends to save the gang.

The first of this fantastic and groundbreaking series fifth season…

It destroyed records as 17.3 million people tuned in on Sunday night.

And my God…it meant fucking business.

Now, if you haven’t been following or if you’re not caught up…

But if you are and missed Sunday’s episode….I can help.

Now there’s only so much I can say here without spoiling anything except that I’ve watched this show since the first episode aired a few years back and from that moment on , the ferocity of each episode has intensified, each season has become more ambitious… relentless, each and characters arc more pronounced and developed…and what this show has accomplished for the “Golden Age Of Television” is remarkable.

All on the run because of the massive & epic fallout that occurred because of “The Governor” and the overtaking of their home, the prison (Those moments between Rick and his son, gunning down herds of zombies to let their new family escape the prison were emotionally layered, high-octane, gasoline drenched brilliance) by a fucking army of walkers.

At the end of that season our friends are divided and they spent the entirety of last season separated, on the roads and train tracks, exposed and at the mercy of the elements…

Then signs posts began to appear, beckoning all survivors of the zombie apocalypse to come to a sanctuary, to a place called “TERMINUS” at the end of the railroad tracks.

Now, the signs said sanctuary, but terminus… by its very definition…means “THE FINAL POINT”.

Our friends all arrive there separately, welcomed in to this heavenly place at first … Blossoming with gardens, vegetation and a big BBQ.

But they are quickly taken hostage at gun point and led into huge storage bins….as we will come to learn later, this is no sanctuary.

These people are cannibals.

Once locked in the bins and stripped of their weapons, they realize they are not alone.

Figures begin to appear from the dark corners of the bins. These group is reunited.

Most of them, all but Tyrese, Carol and baby Judith.

As they head towards “Terminus”…Rick and the rest of the prisoners plan to defend themselves and fight.

This seasons episode opens with Rick, Glenn and “The Fucking King” Daryl, being led out of the bins into a slaughter house.

A slaughter house for humans.

They are led at gunpoint to a large room with a long metal sink… their hands, feet and mouths are bound as they are forced to drop to their knees alongside a few other prisoners with their heads hanging over the ominous sink.

Two people stand behind them them as they sit kneel paralyzed in fear.

One of these men has a baseball bat…

The other a large butchers knife.

The man with the bat cocks back & blasts the first man in the back of his head with the baseball bat.

Just as this man begins to fall forward…

The second man grabs him by his forehead from behind…

Pulls his head back to reveal his throat…

And cuts his throat wide open.

Blood gushes from his neck as he slumps over and his head falls into the sink.

Then they walk up behind the next man….

This is a horrifying….
HORRIFYING
scene to endure people.

It was so fucking insane and inhumane, I wanted to jump into the screen and slaughter these fuckers.

This is not normal TV or Film violence people…

This was Tarantino-esque violence.

Because of the anger it draws out of us, the audience….

Because of your love for these characters, your anger is crucial for what is to come.

They shows writers need your involvement here. And that is the magic of this visual storytelling landscape.

You end up hating these people, and honestly, that’s extraordinary…

Because in the end, we are just watching actors performing work that a bunch of highly skilled writers have cooked up to manipulate and entertain us.

Only the most talented can draw those emotions from you.

And here, it works.

You fucking hate these guys immediately.

As our friends fates all hang in the balance…

And I don’t know about you, but I was really fucking glad to hear it.

We have sat through almost 100 hours of watching these characters…

Getting to know these characters…

Only to become separated for a year…

So what follows in this episode is phenomenally satisfying.

Bravo to the shows creators, the cast, the crew and the sick as fuck brilliant as fuck writers.

Bravo to AMC for showing the world their set of HUGE brass balls again.

And I leave you with this….

Time for me to exit.