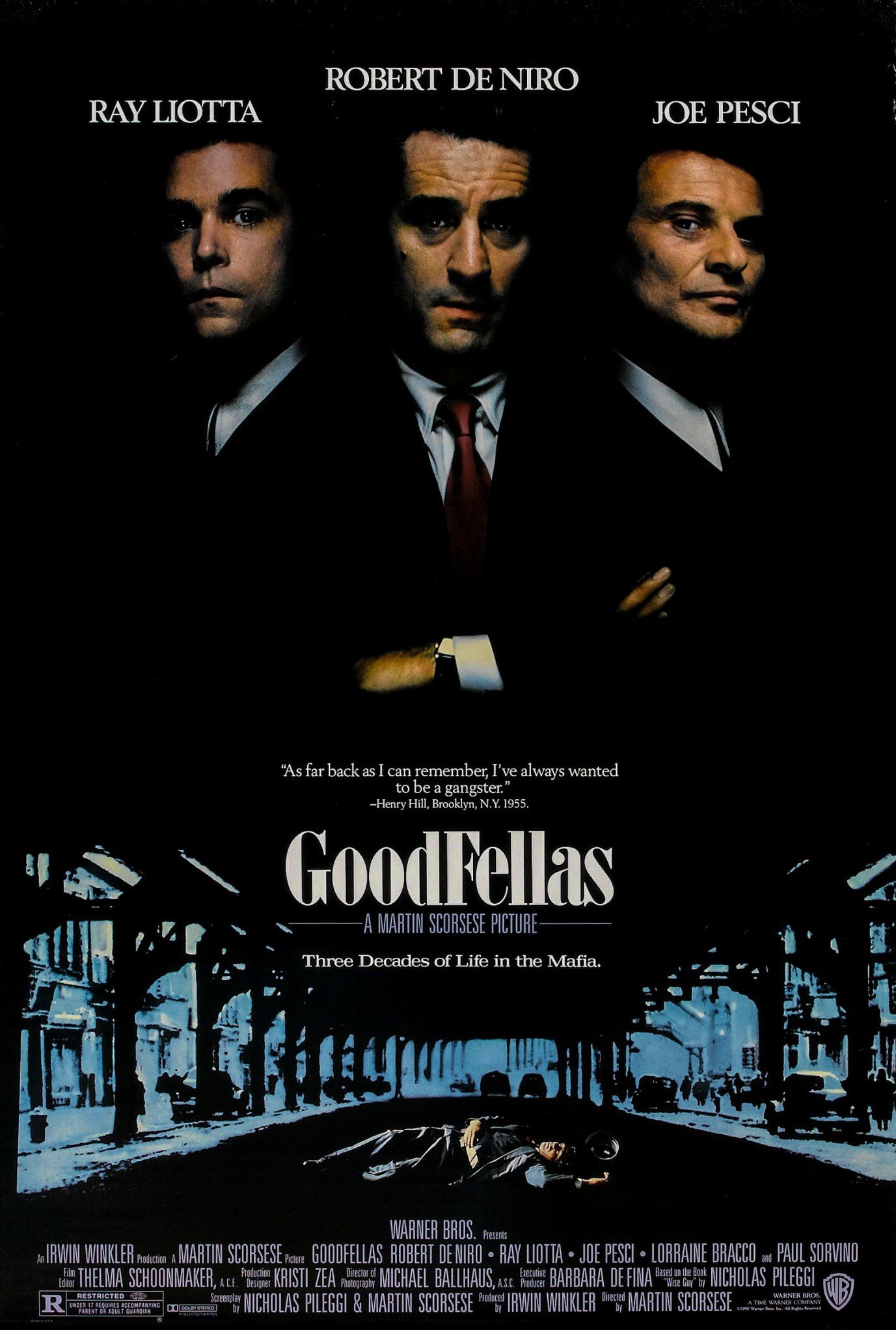 Read the article at
https://voicesfilm.com/chapter-4-goodfellas/
What Up Yo. Another Voices FILM Podcast.

Todays episode is brought to you by…us.

Oldboy and I took a 2 week break, and returned with a vengence to discuss the newly remastered “Goodfellas: 25th Anniversary” Blu-ray disc which has finally been remastered from the original 35mm negative and color corrected, all supervised by Martin Scorsese.

We break the film down to our favorite aspects, Thelma Schoonmaker‘s editing, Ray Liotta’s Narration, Robert DeNiro‘s performance and Lorraine Bracco in the film.

We actually do a film commentary track because we watch the film during the recording.

We discuss Scorsese’s films leading up to his 1990 masterwork.

Then we enter into Brian DePalma‘s “The Untouchables”, Francis Ford Coppola’s “The Godfather” then finally into David Chase’s “The Sopranos”…it’s legacy, Edie Falco and how hard-core she is and Vince Gilligan’s “Breaking Bad”.

We start with a review of the new Kurt Cobain Documentary “Montage Of Heck: Kurt Cobain” by Brett Morgan.

Then onto “The Americans: Season 3″…and how phenomenal of a show it has become.

“Marvels Daredevil” review, Vincent D’Onofrio steal the series…making us feel complete sympathy for the villain he is to become.

“Penny Dreadful: Season 2” has begun, and between Timothy Dalton, Eva Green, Harry Treadaway, Josh Hartnett and the scene stealing Rory Kinnear as Frankenstein along with new cast addition, the amazing Helen (“Don’t Fuck With The Peaky Blinders) McCrory.
This show is great.

“Nurse Jackie” is in it’s finale season, Edie has been doing as always, amazing work.

“Bates Motel: Season 3” has completed…and Norman Bates has become the Norman we all know from Psycho at this point.

“Vikings: Season 3” ha completed and while i have 2 more episodes to go, its great…as always.

We then discus Game Of Thrones, fantastic…as always…

We both recommend the new sic-fi film “Ex Machina”

Neil Bloomkamp will do a new treatment of “Alien”

Part 2 is coming, and we will soon be joined by my cousin and blood Matt Candela along with John Nuzzi of “That’ll Play” podcast…discusions have begun for the upcoming episode…and i already know it’s going to be greatness.

This is, dare I say, our best episode yet.

We love you guys, until next week.