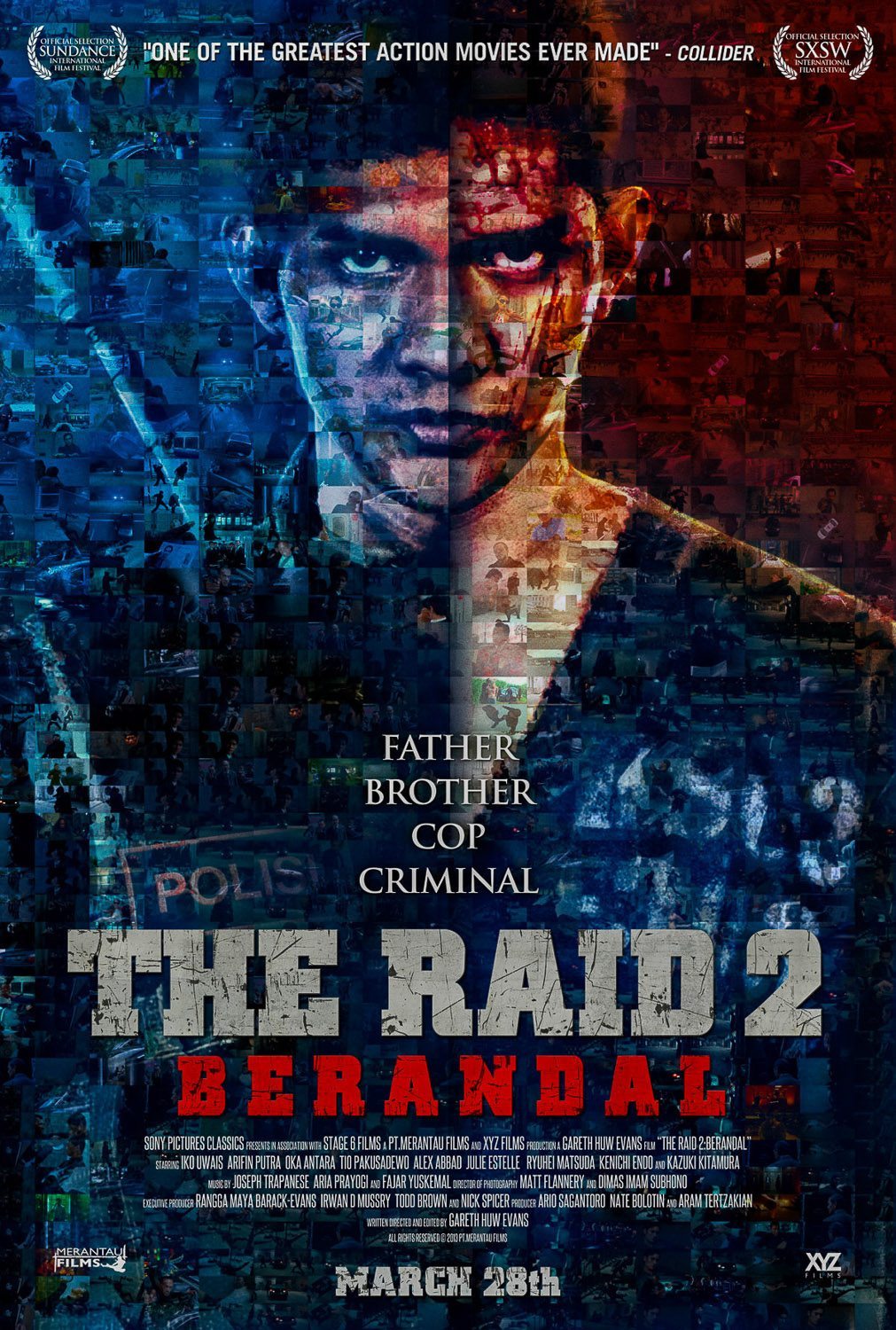 That’s the best way for me to describe our next writer.

If we, Buffa Duke Derek and Myself, are the Knights Of The Round Table,

Gasoline…it runs in his veins.

And i’m not kidding.

Now, you may think…

And to that I say 2 things:

A film that has announced the new guard in cinema as Tarantino did in ’94 with “Pulp Fiction”.

First, let me give you some background:

OldBoy and I met when we were both thrown into a flaming pit of scum, forgotten by God…

But in 1966, OldBoy escaped from Shawshank Prison.

He crawled to freedom through 500 yards of shit smelling foulness I can’t even imagine.

Or maybe I just don’t want to.

500 yards…thats the length of 5 football fields, just shy of half a mile.

Years later, after I had made my own escape with the help of a TV show interviewer you may have heard of named Wayne Gale, and a woman I’ll never forget…named Mallory, I launched VoicesFILM.

Shortly there after, I decided I needed to find him.

I needed his words, his essence and his passion to unite the troops.

But where was he?

To locate him, I followed a few cryptic clues he had left for me in that pit of hell we had lived in together.

I remembered a talk we had the night before he broke out. He looked serious, I thought he ment to harm himself.

When I awoke the next morning, and the warden called me into his cell, I slowly began to realize what he had told me the day before.

My friend wasn’t signing off…he was leaving me clues:

I took a bus to Buxton, located a hayfield with a stone wall fence.  Followed his instructions carefully and under one of those stones, I discovered a care package..it was exactly where he said it would be.

I read the letter inside, I was to travel to Fort Hancock, Texas…then cross the border and make my way to a beach in Zihuatanejo.

Get busy living or get busy dying mother fucker.

And on a particularly sunny afternoon, we were reunited on a beach he had described to me years earlier.

He was working on his boat…

When I saw him, I stopped, dropped my bags and screamed.

FATHER! THE SLEEPER HAS AWAKEN!!

He looked at me and smiled.

And I was happy to see my friend.

We discussed him writing here, but he was hesitant. His reason was simple.

” I get extremely passionate when I speak about films, they are my life…its hard to contain.”

I told him that was why I needed him.

Then he asked the question, the news had reached him there on that beach. He asked me about Tyler Durden.

“Is it true what they say? Is Mr. Durden building an army?”

And then he agreed.

Pay head to his words troops: for he will never lead you wrong, and he writes with unparalleled passion for the world of visual storytelling the likes of which even God has never seen.

I’m goddamn proud to have my friend here.

The Raid 2: Berandal (Indonesian Trailer) from Merantau Films on Vimeo.

* Please read at a break-neck pace! 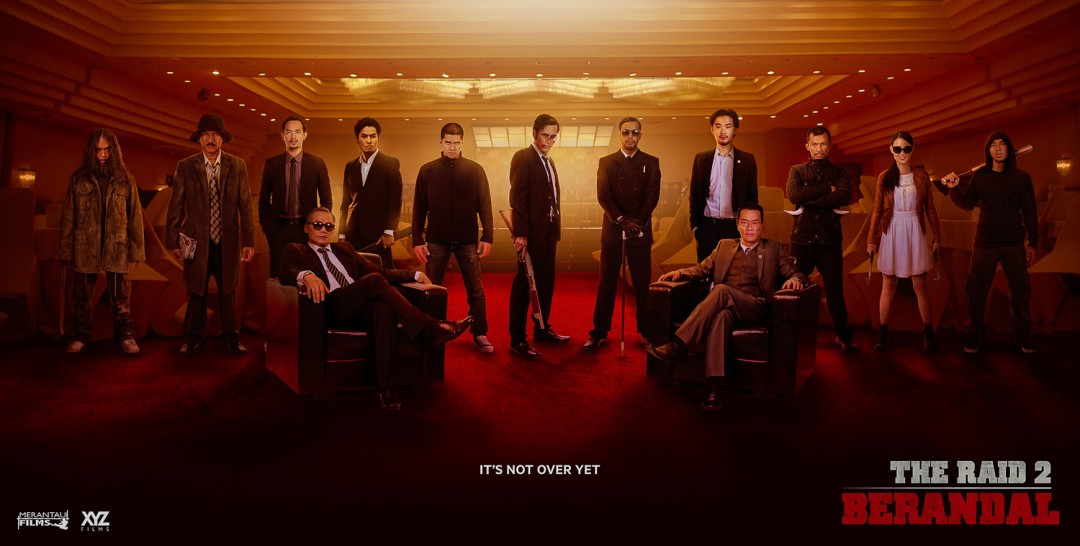 is the sequel to The Raid:  Redemption (TRR)… 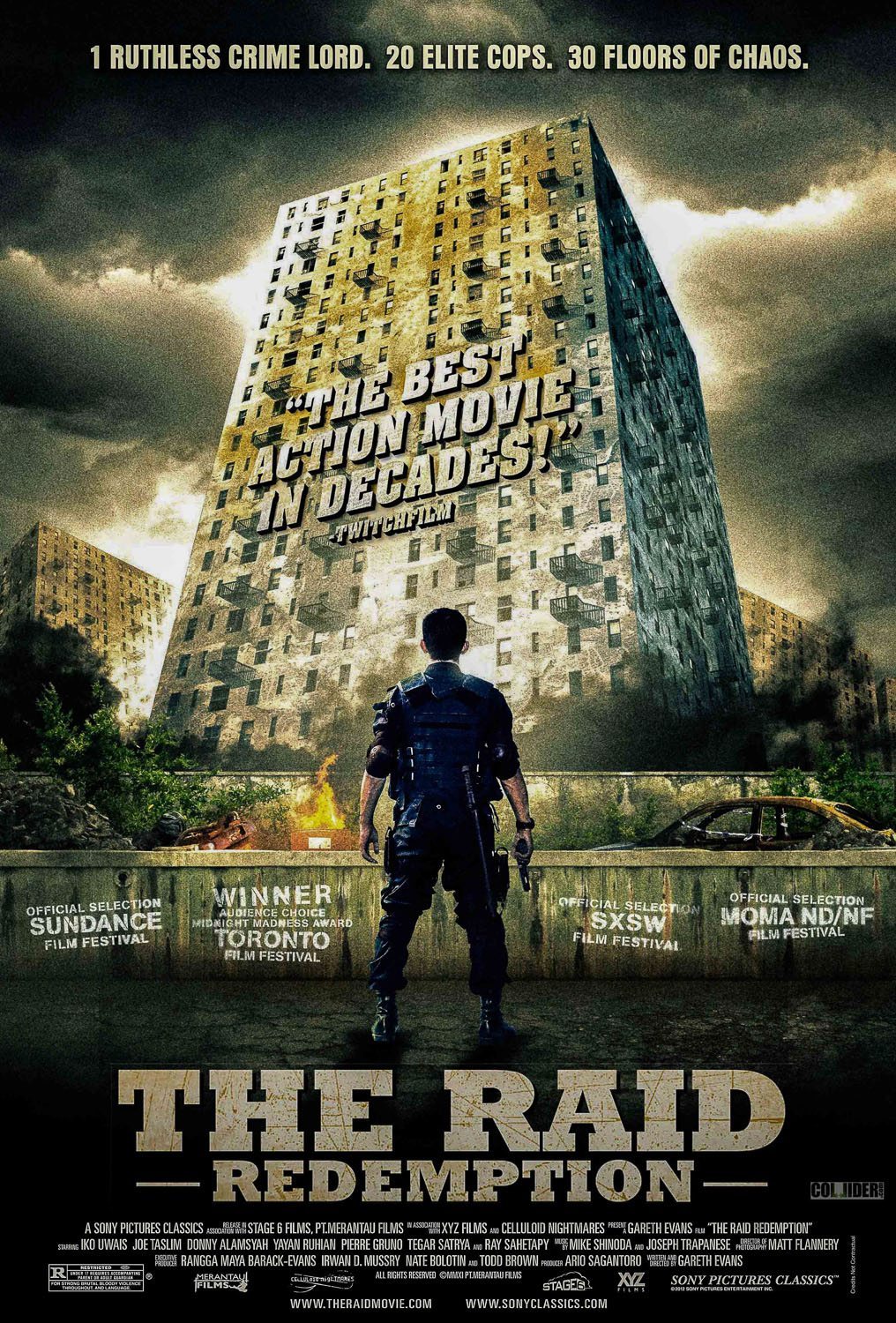 If you haven’t seen TRR,

(I suggest to watch the Hong Kong import Blu-Ray that is equipped with 5.1 Dolby True HD advanced 96K up-sampling in the original Indonesian audio with English subtitles).

If you have a problem with watching foreign films (i.e.  “I don’t like to read my movies”) then you will probably hate me and most likely I already loathe you; but that’s your issue!

To put it in simple terms:
– it is a gritty, raw, hard-edged, ultra-violent, genre bending, exploitation, martial arts, gangster, action thriller.  So, basically, if you are a fan of any one of those descriptions get ready to have a movie orgasm!

Although TRR was an intense martial arts action film that more than satisfied and left the audience amazed, its sequel has it all!   TR2B will thoroughly blow you away with just the right amount of plot; in addition to jaw dropping martial arts choreography with never seen before fresh new action sequences.

In a nutshell:
An Indonesian crime boss makes a decision to collaborate with the Japanese Yakuza while his subordinate spoiled (“I want more power!”) son decides to plot against him all while our hero and undercover cop, Rama (the amazing Iko Uwais), infiltrates for the big takedown. 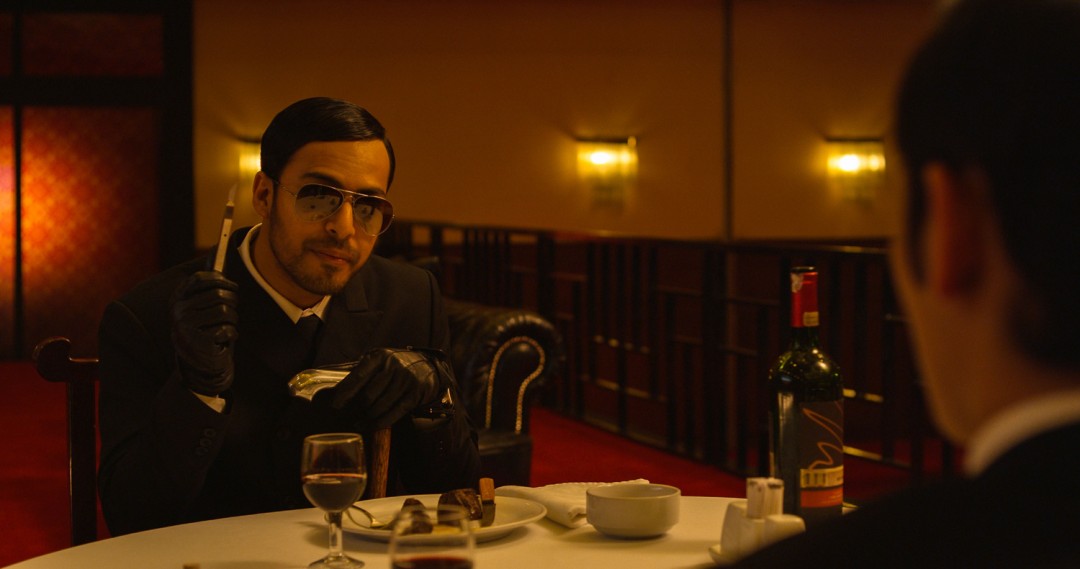 As a veteran film watcher of all makes and models TR2B may very well be the best crime martial arts action film that I have ever seen! 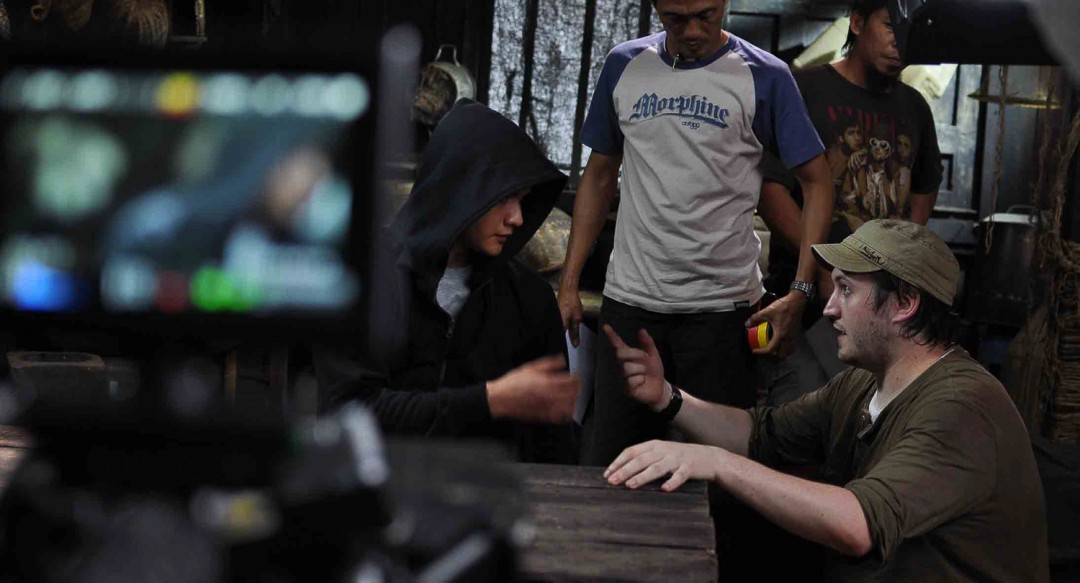 is obviously not only a fan of Asian film to the extreme; he is a talented and creative director as he utilizes and displays it all, from old school Samurai movies to Jackie Chan, in his films. 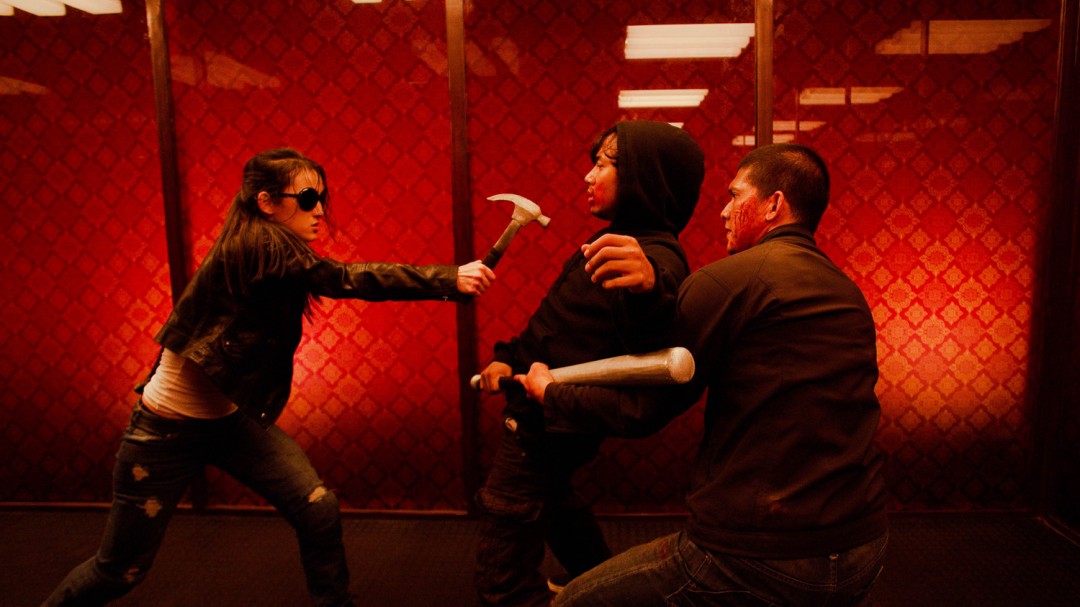 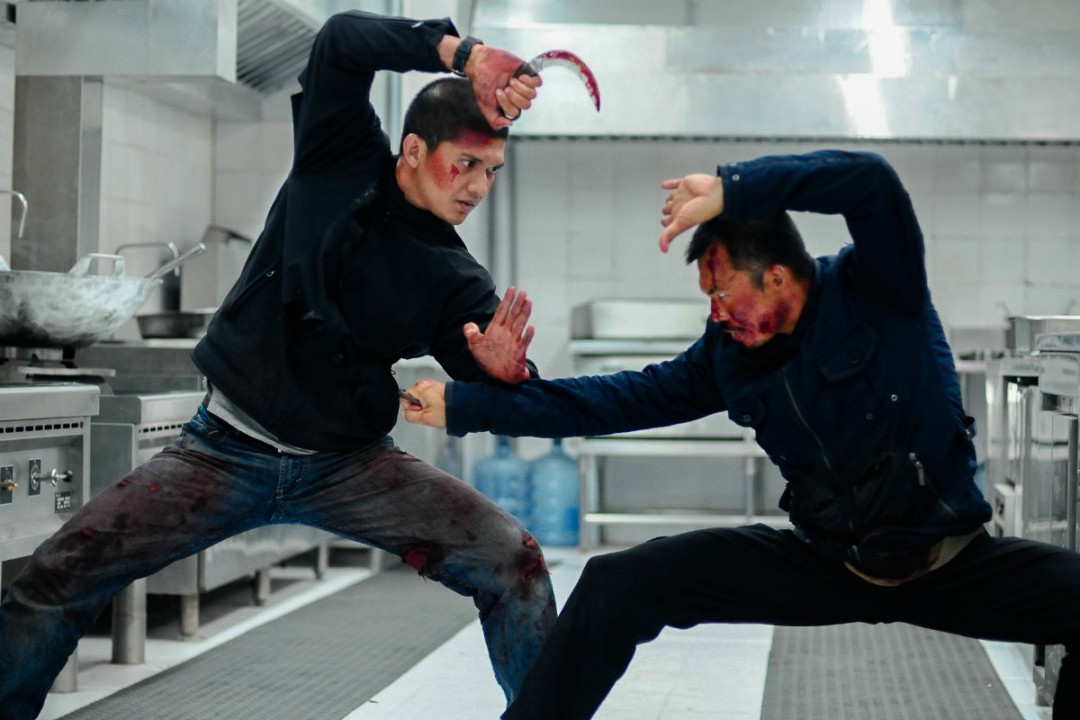 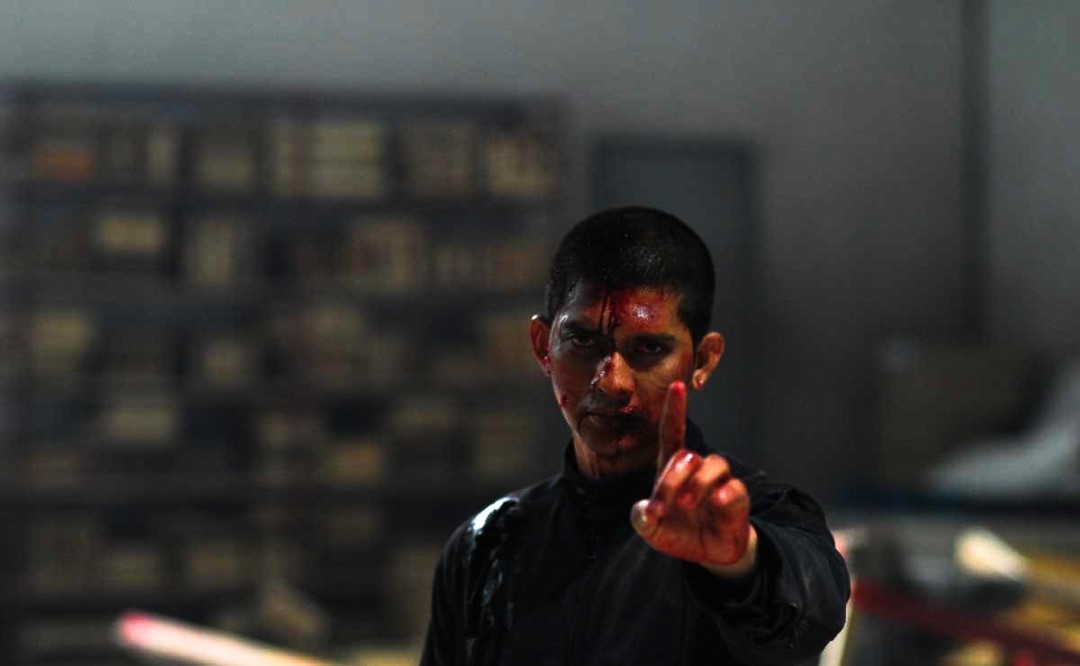 An Indonesian version of Jackie Chan, replacing Kung Fu with Pencak Silat (Indonesian Style Martial Arts) who uses everything and everyone around him to beat, maim and kill his unlucky adversaries.

TR2B has everything and even more!  It’s truly an Asian jambalaya! 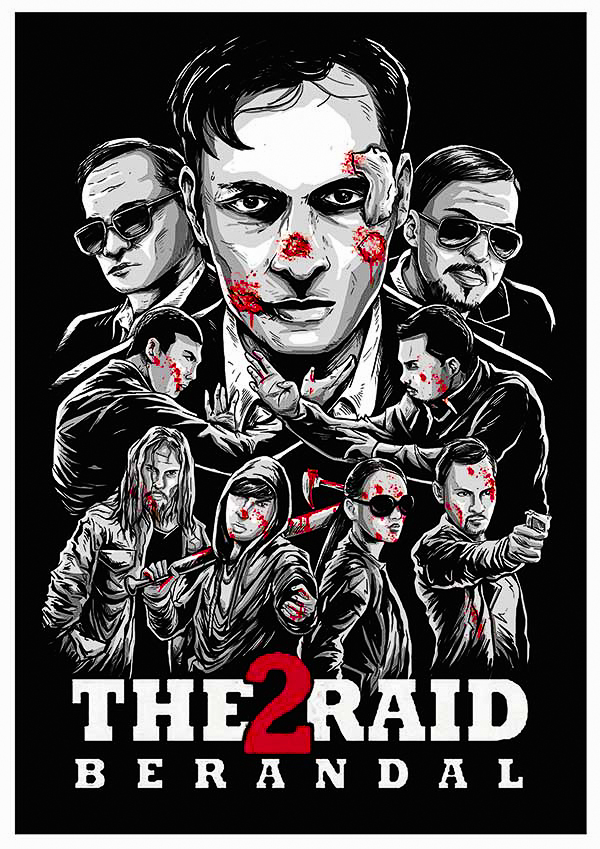 Take for instance the mud-soaked in-the-pouring-rain inmates versus inmates versus guards battle royale prison riot (seriously, my words don’t even do it any justice).

This movie experience is not for the faint of heart.  This is a movie that is for people who enjoy violence, bloody revenge and just plain action.

TR2B = SATISFYING, EXTREME, PHENOMENAL…that is all I have to say!

***And remember…I am not a critic; I am not a reviewer;

I am just an OLDBOY sharing my opinion on movies…

because I fucking love them! 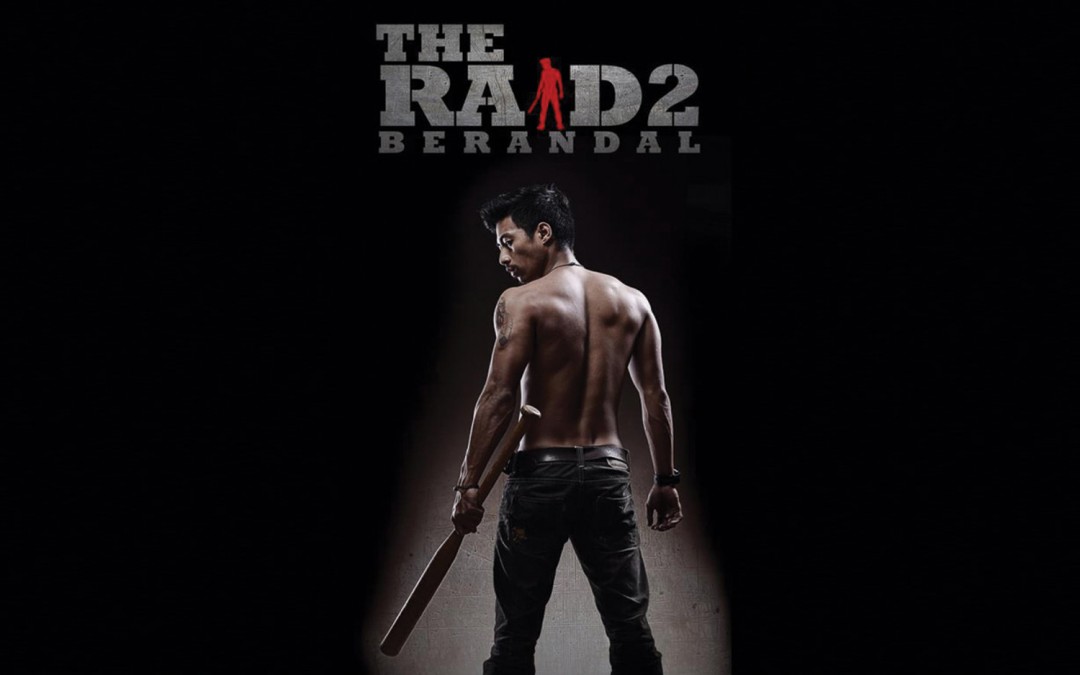 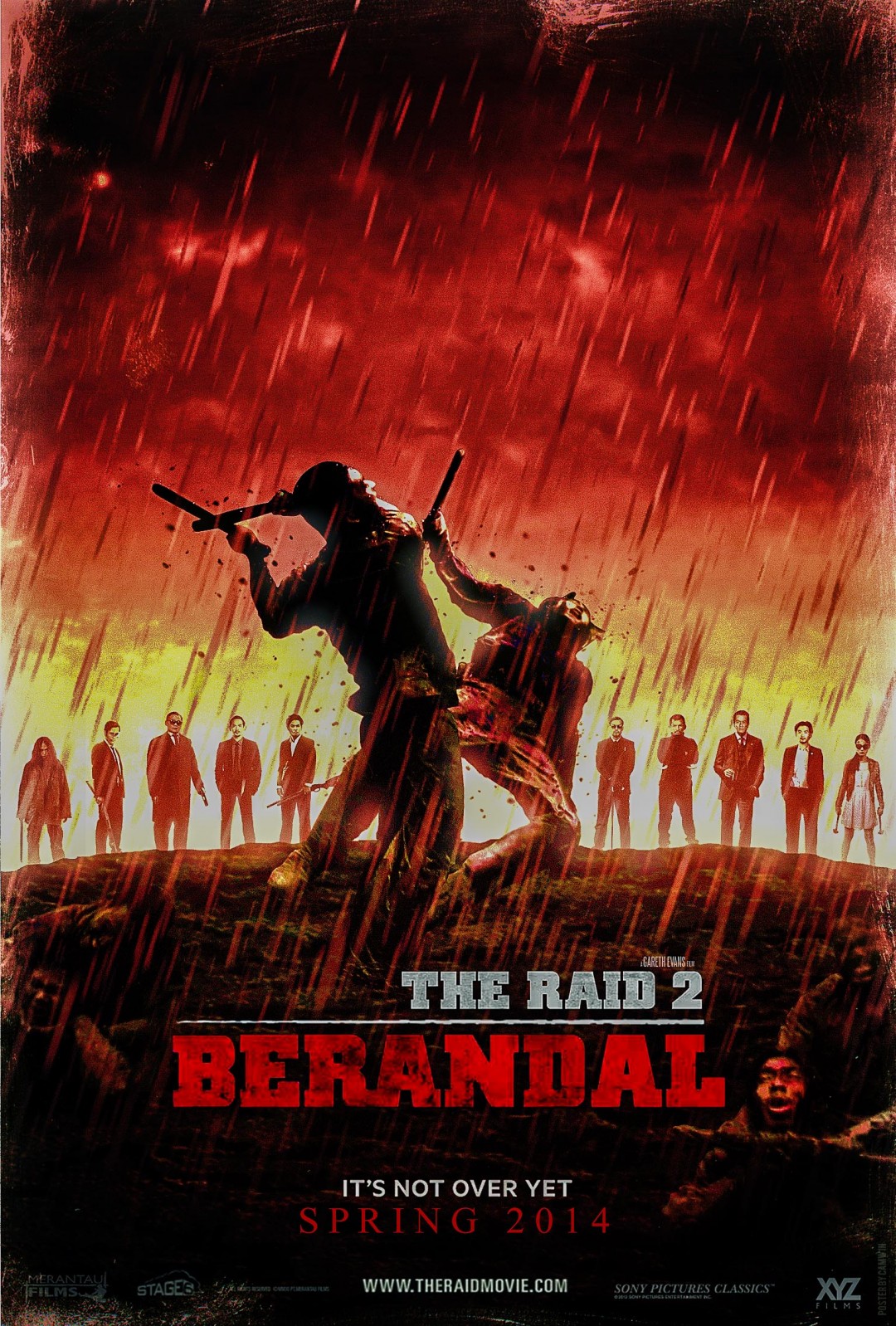 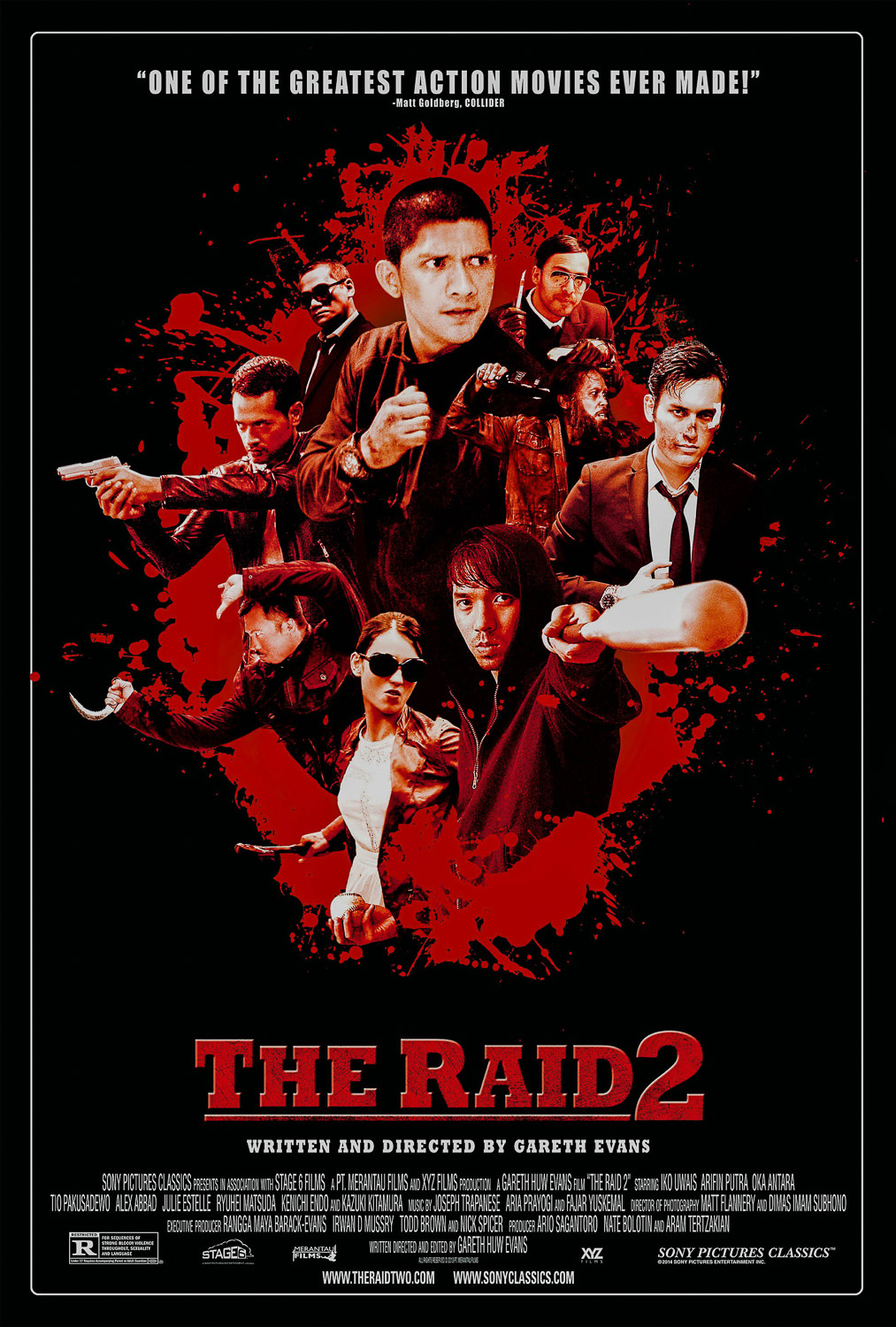 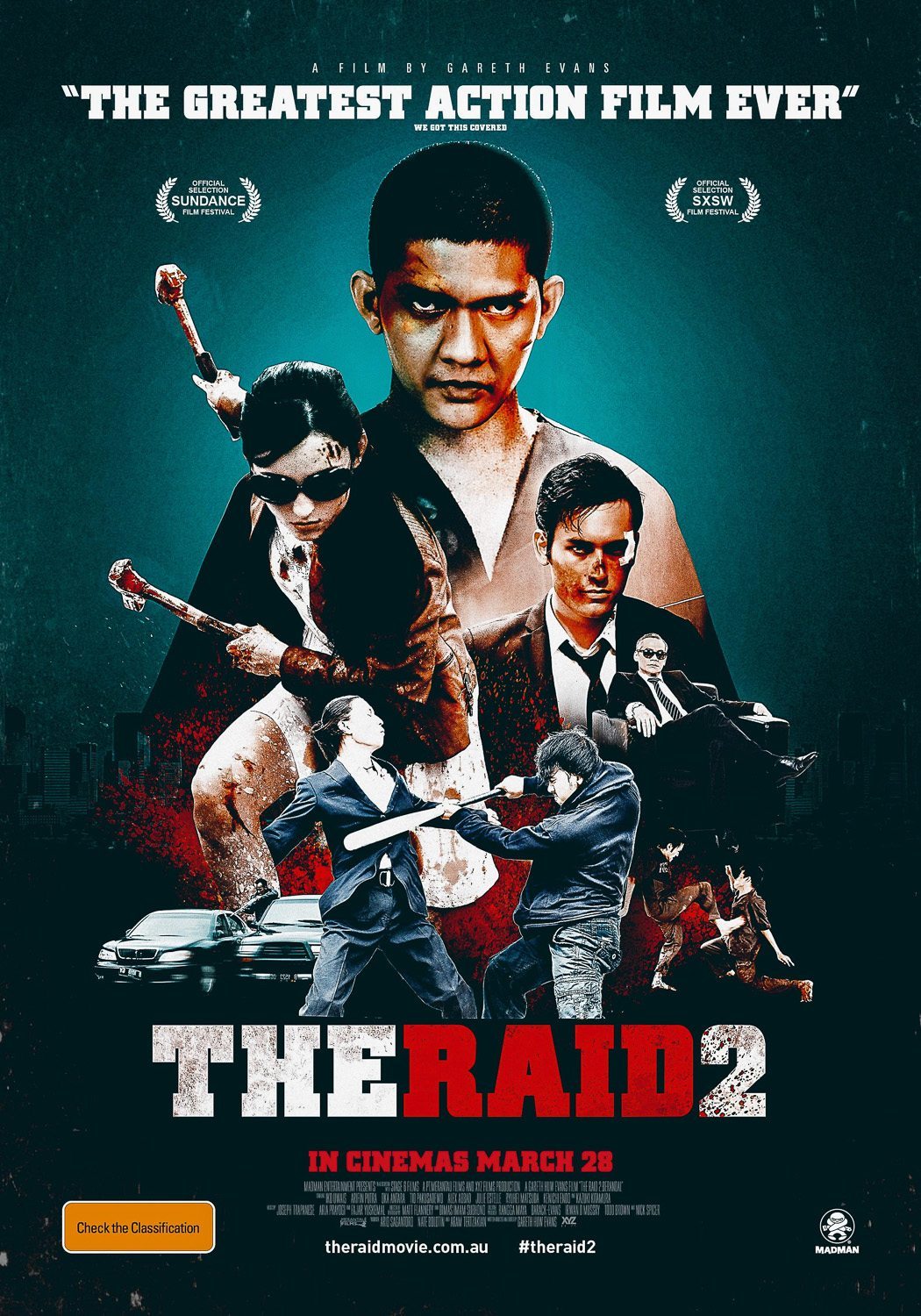 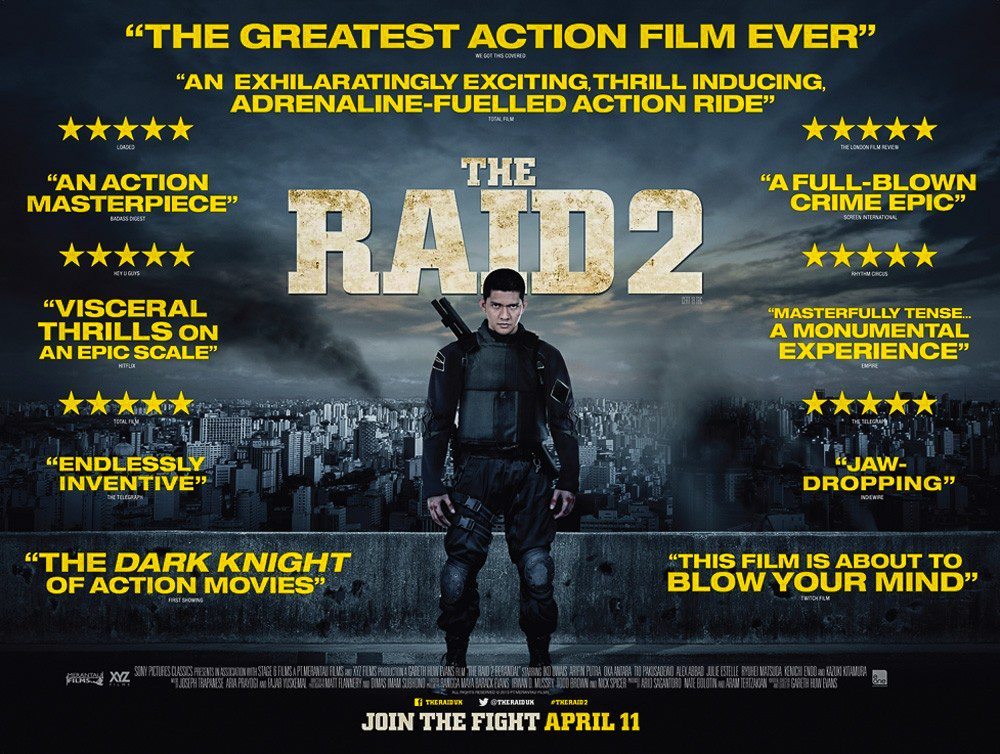